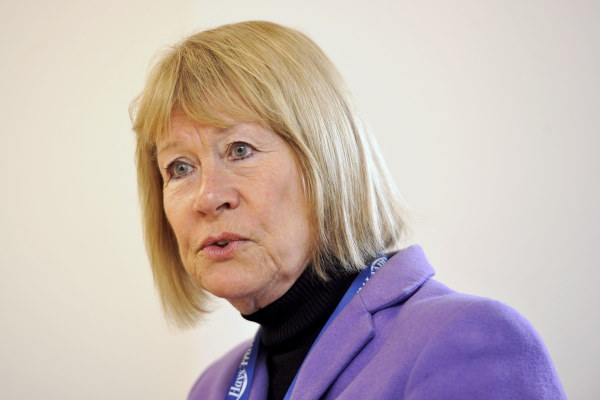 Hays Travel chair Dame Irene Hays has described her announcement as godmother of P&O Cruises’ new ship Iona as an honour for herself, her late husband John and all the agency’s staff.

Hays was unveiled as Iona’s godmother on Tuesday and will name the vessel in a “landmark ceremony” on May 16, the day before domestic cruising is slated to resume.

The festivities in Southampton will also include a performance from Take That frontman Gary Barlow, music director of Iona’s 710 club. Hays revealed she had chosen an outfit for the occasion in John’s favourite colour. John died at the company’s headquarters in November last year.

She told a Travel Weekly webcast: “This is an honour for me, for Hays Travel and for John, and it is an honour for all the staff who for more than four decades have supported one of our key partners.”

Hays added that the opportunity to attend the ceremony would represent a “step towards normality”, despite it being a largely virtual occasion.

P&O Cruises president Paul Ludlow said the choice of Hays as godmother “felt perfect” and reflected the line’s partnership not just with Hays Travel, but also the wider agent community.

He said: “Travel agents have always been so important to P&O Cruises. Over the last 12 months it has been very difficult, we have gone through massive challenges together and I don’t think we could have done it without each other’s support.”

He added: “It is another reason why Irene accepted our invitation –
it felt so perfect to celebrate coming through this.”

Ludlow confirmed that there would be an opportunity for “thousands” of travel agents to tune in to watch the naming ceremony live, with a number of ‘Iona Insiders’ forming a virtual audience on giant screens in Southampton.

Iona will then undergo final preparations before commencing domestic sailings alongside Britannia from August 7.

He added: “Recovery is certainly on the horizon and Iona’s arrival into the UK and naming ceremony will be the ray of hope the cruise sector has needed for such a long time.”