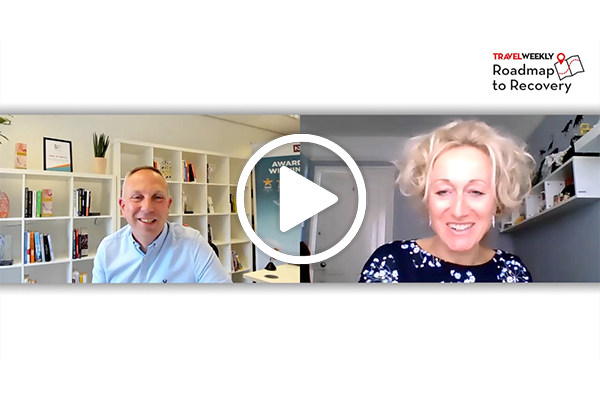 Homeworking agency Not Just Travel will double the size of its senior management team during the next 12 months to support its ambitious growth plans.

On Monday, it revealed plans to double in size over the next year, with the creation of four new divisions. It promoted Cherie Richards to become chief of staff and help oversee the expansion.

The homeworking group, which has more than 800 agents on its books, currently has about 40 staff in its corporate team.

Steve Witt, co-founder, told a Travel Weekly webcast: “We’ve got a great team already and that won’t change, but we will bring more senior people into head up new areas of the business.

“We will make an announcement soon about new appointments.

“The corporate team itself will probably double in size over the next 12 months to support the growth.”

He added: “We can see all this pent-up demand. Our sales are incredibly strong compared to our competitors so we want to keep building upon that success.

“We can see this gold rush ahead of us for the next two years…so we just wanted to make the most of it.”

Witt said it was “quite audacious” to recruit Richards during the first lockdown and now they have “huge plans”.

“We want to make sure we’ve got that right culture; we’ve got all the right people joining us in the business and everyone working towards that big vision that we have got,” he said.

“She’s the first big appointment of many that are going to follow as we really need to have all the right people on this bus for the journey that’s ahead of us.”

He said sales for later in 2021 and 2022 are “really strong” but the group is waiting with “bated breath” for the announcement about countries categorised according to the government’s traffic light system for travellers.

“As soon as there’s an announcement – we only need one country on that green list, and that will be enough of a trigger for everyone to start that frenzy,” he said.

“It’s only a matter of time for other countries to be added to that list.”

He said sales of UK cruises have been “phenomenal” and domestic sales generally “have never been so good”. The US is also a big seller, he added.

Witt said the bulk of Not Just Travel homeworkers had remained active during the past year and the company has supported agents with customer retention, bookings and refunds – as well as help with getting government loans.

“We did a lot to help with mindset coaching and business development,” he added.

Only a “very small percentage” of homeworkers were lost during the pandemic, he added.

Commenting on the investment in growth and recruitment, Witt said: “The travel industry is the best industry in the world for its comebacks, where we see through every crisis.

“This one has been longer than any other, but it will come back.

“Customers are going to get a much better experience when they start travelling, again: much more flexible terms.

“It’s a win-win for everybody.”

Witt attributed the sales success to consumers planning a “fantastic holiday” with savings accumulated during lockdown – and the relationships that agents have built with their clients.

Now Not Just Travel wants to “shout about what we’re doing”, he said.

“We want to get out there because we want to recruit the very best talent in the industry,” he said.

“We are about to put on a whole series of new trade events as well, to work with our trade partners, to educate them about what we do, how we work, and how we can work better with them.”

His overall aim is to become the “number one” homeworking agency “from a customer perception point of view”.

“It’s not about the number of customers and the size of the business, it’s about building a fantastic network of homeworkers, entrepreneurs. That really creates a buzz for us,” he said.

“To achieve that, you have got to have happy customers.”