Agents’ pandemic efforts will be honoured at streamlined event

The UK and Ireland’s most prestigious travel agent awards will return on September 16 to celebrate the individuals and companies that have represented the very best of the travel trade over the past 18 months.

The 2021 Agent Achievement Awards will be streamlined to reduce demands on agents and suppliers’ time, with just four individual awards open for nomination to allow members of the trade to put forward colleagues who have particularly excelled.

The supplier-voted awards will once again allow a range of operators to honour the trade partners that have truly reflected the best of the industry with their attitude, engagement and support for partners, teams, customers and communities.

Association partners Clia and Atas will also present the Clia Cruise Master and Atas Ambassador awards based on supplier member input, while lasting contribution to the agent community will be recognised in the Outstanding Achievement category.

The AAA ceremony itself will take place as always at London’s Park Plaza Westminster hotel in line with all relevant government guidance and will be supported for the first time by headline sponsor Virgin Atlantic.

Lucy Huxley, editor-in-chief of Travel Weekly Group, said: “We have looked carefully at the categories and entry processes to keep demands and requirements to an absolute minimum for this year’s streamlined edition, and we look forward to bringing agents and suppliers together at the end of the summer season as part of the industry’s rebuilding process.”

She added: “As always we are indebted to our supplier partners for their support, and I am delighted that this year’s event will be produced in association with headline partner Virgin Atlantic which has put travel agents firmly at the heart of its own recovery plans.”

Lee Haslett, Virgin Atlantic vice-president of global sales, said: “Travel agents are playing such a vital role in the recovery of the whole industry and everyone at Virgin Atlantic would like to thank you for all your support during the past year. Our partnerships with you are truly valued and we can’t wait to celebrate with you all.”

New for 2021: the Agent Achievement Rewards!

Following the success of the virtual Globe Travel Rewards in January 2021, Travel Weekly will once again broadcast a virtual event featuring prize giveaways and rewards for registered agents.

The virtual Agent Achievement Rewards will take place on social media and online shortly before the Agent Achievement Awards, with prizes from a range of suppliers including Virgin Atlantic and other generous AAA sponsors.

Travel Weekly editor-in-chief Lucy Huxley said: “We look forward to welcoming many of our amazing agent readers to the AAAs in London, but we know not everybody will be able to attend.

“The Globe Travel Rewards in January brought the industry together during lockdown for a fantastic night of celebration of the partnerships that underpin our industry, so it made sense to do the same again for our other flagship awards ceremony and make sure it is a night to celebrate agents wherever in the country they may be.”

Look out for the official launch of the Agent Achievement Rewards closer to the time, when you can register to attend to ensure you are in the running for one of the great prizes on offer.

How to enter and vote in the AAAs

For more details of the awards, category qualifications and advice on details to include in nominations, head to agentachievementawards.co.uk

If you are a supplier with product sold through third-party agents, you can register and cast your votes at agentachievementawards.co.uk.

Votes are limited to two sets per brand and a Roll of Honour will once again thank those suppliers who have participated.

The deadline for both nominations and supplier voting is June 24. Judging for the Young Agent, Agent and Manager categories will take place virtually in the week commencing July 12.

Following a devastating period in which the industry has regularly been on hold, these awards are not just about sales performance but about agencies that have reflected the very best of the travel trade with their attitude, engagement and support for partners, teams, customers and communities.

Regional Agency of the Year Awards

The cut-off point for a Small agency is 11 branches. Agencies with 12 or more branches will be included in the Large
agency categories.

National Agency of the Year Awards

A small number of individual awards have been retained to honour those who have particularly excelled in the past 18 months. These are open for agents and agencies to nominate colleagues and staff who they feel are worthy of recognition not only for their professional performance but also for their wider efforts to support partners, their teams, customers and communities.

The entry process has been streamlined, with nominations limited to 300 words and a final judging process taking place virtually to fit with shortlisted agents’ schedules.

Young Agent of the Year

Honouring agents aged 20 and under on the entry deadline date of June 24, 2021, and operating in any sales channel, including high street, call centre, online and from home.

Leisure Agent of the Year

Honouring agents operating in any sales channel, including high street, call centre, online and from home.

Leisure Manager of the Year

Honouring agents operating in any sales channel, including high street, call centre, online and from home, and managing staff within their business.

Support Team Member of the Year (nominations only, no interviews)

Honouring agency staff in non-frontline or support roles for agencies in any sales channel, including high street, call centre, online and from home.

Find out more and nominate your colleagues at agentachievementawards.co.uk 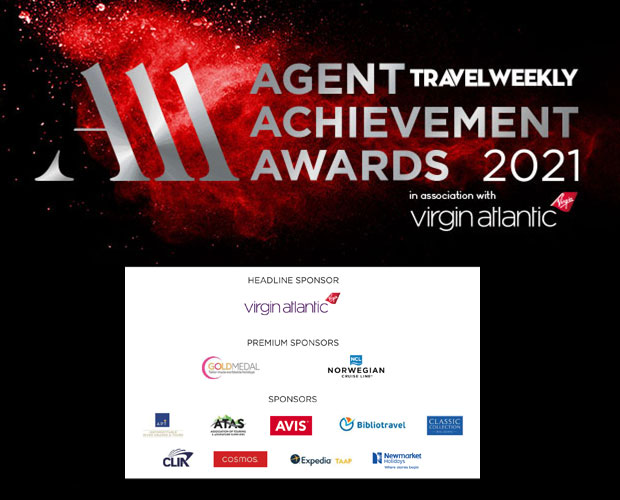