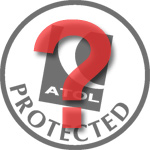 The judgment on dynamic packaging has been made and the message to the trade is clear: agents should not risk putting together dynamic packages without an ATOL. Even those who are licensed to sell must tread very carefully, say industry leaders.

The recent Court of Appeal judgment was intended to make it clear what agents could sell without an ATOL, but industry leaders say it has made it even more difficult for agents to dynamically package.

Federation of Tour Operators director-general Andy Cooper said: “There is an avoidance opportunity for agents if they are incredibly careful in the way in which they sell dynamic packages, but is it a good thing for the trade to be trying to avoid responsibility? Many agents are working on the assumption that everything will be okay when in fact they are trading illegally.”

Advantage Travel Centres chief executive John McEwan said the consortium had written to members urging them to get licensed if they are selling dynamic packages.

“If you put holiday components together in a single process and sell them at a single price you are creating a package for which you need a licence, but the Court of Appeal didn’t make it clear whether you need a licence if a customer buys components at different times,” he said. “It’s such a grey area that we are telling members to err on the side of caution and get an ATOL.”

He admitted that the Court of Appeal ruling last month may deter new agents from taking the plunge into the dynamic packaging market, which is becoming increasingly complex. “This is an area that new entrants should think about very carefully,” he said.

Advantage and the FTO are backing the Civil Aviation Authority’s move to replace the bonding requirement under the ATOL system with a consumer levy that would protect all packages, but this won’t take the licensing burden away from agents.

“At the moment there is a lot of responsibility on travel agents’ shoulders and a consumer levy would lift some of that financial burden,” said McEwan.

The levy should come into force in spring 2008, but agents who put together tailor-made holidays will still need an ATOL, although they won’t have to put up a bond.

A far more serious issue is how agents who are deliberately or accidentally selling packages can comply with European laws that state they are responsible for the health and safety of their clients while on holiday.

Agents can buy public liability insurance to protect themselves against claims from clients injured abroad, but Stuart Jackson, managing director of accommodation-only provider Somewhere2stay, warned they could also face criminal proceedings, as was highlighted by the recent deaths of two British children in Corfu.

Under the European Union Package Travel Directive, a “principal” is considered to be the organiser of the holiday and has the same responsibilities as a tour operator selling traditional packages. Jackson said the only way for agents to protect themselves 100% was to buy accommodation from providers who had agreed to act as principals and assume all responsibility for the clients’ health and safety overseas.

He said the only way for agents to protect themselves 100% was to buy accommodation from providers acting as principals.

Jackson claimed Somewhere2stay was the only one selling through the trade to do so. He dismissed claims from competitors that they would remodel their businesses to act as principals.

How did we get here?

In March 2005, the CAA issued a guidance note in which it stated that a package was “a prearranged combination of at least two components when sold or offered for sale at an inclusive price”.

It also stated that the sale would still be a package if the separate components were invoiced separately and if they were booked at the specific request of the holidaymaker.

ABTA disagreed with the CAA’s interpretation and applied for a judicial review. In January this year a High Court ruled in ABTA’s favour, describing the CAA’s guidance note as “admirable” but “misleading”.

The CAA appealed against the ruling. Last month the appeal court delivered its verdict, which left both the CAA and ABTA claiming victory.

The ruling stated that a holiday is only a package when the elements are sold together at a single price. It stated that if the different components are offered for sale separately, there is no package.

Do I need an ATOL?

Most companies that must have an ATOL issued by the CAA.

The ATOL is a consumer protection tool. In order to get an ATOL you must lodge a bond with the CAA that will be used to refund or repatriate clients if you go bust.

What does the ATOL cover? All air-inclusive holidays, flight-only sales on charter airlines and scheduled flights where you take the money in advance but issue the ticket at a later date.

How much do they cost? If you intend to sell fewer than 500 flights a year under the licence you can apply for a Small Business or ‘mini’ ATOL, which costs £410 for the application and £410 for the granting of the licence.