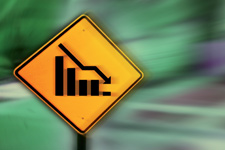 The past 10 years have been relatively benign for the travel trade, despite structural changes in the industry.

The economy has grown, consumer credit has been easy, increasing numbers have travelled and low inflation has kept costs predictable.

But next year could be different. Tightening consumer credit and increasing signs of an economic slowdown are leading some operators to reduce capacity.

Federation of Tour Operators director general Andy ­Cooper warned: “The global economy is weakening and there is the potential for problems. There was a marked slowdown in bookings [for summer 2008] at the end of last month. There is a risk the market will be quieter and we will end up with over-capacity.”

A trading update from TUI last week revealed a 29% cut in UK short-haul capacity for this winter and 12% reduction for summer 2008. The UK’s largest seat-only operator Freedom Flights has cut capacity by 10% for next summer.

Managing director Paul Moss said: ­”Every business is looking at its cost base. A recession has been creeping up on us and it is starting to bite.”

Industry accountant Chris Photi, senior partner at White Hart Associates, agreed: “We are heading into a recession. It is right to batten down the hatches.”

Fears of a reduction in travel spending were heightened last week by a study suggesting a rising proportion of UK adults have recently been ­refused credit cards.

“We are heading into a recession. It is right to batten down the hatches.”

The survey by moneyfacts.co.uk found up to 50% of ­applications have been turned down so far this year, with those aged 25-34 most likely to be refused. A spokeswoman for bank and credit card association APACS confirmed the rejection rate has risen from one-third.

An industry analyst ­described the figures as “alarming, given most people book holidays with a credit card”.

Barclays has announced new restrictions on the credit limits on cards, while a survey by Alliance and Leicester found mortgage holders have cut credit-card spending following five interest rate rises since summer 2006.

Photi said: “If people can’t get credit, they are not going to spend. Every survey tells us travel is considered a necessity, but a recession has to have an effect. I expect 2008 to be very difficult.”

British Retail Consortium director Kevin Hawkins spoke last week of “a serious recession looming in the US” and “challenging trading conditions for many retailers” in the UK. Helen Dickinson, head of retail at analyst KPMG, noted “an increasing aversion to big-ticket purchases” in Britain.

The squeeze comes with oil prices close to a record $100 a barrel. Allowing for inflation, the cost of fuel is now at the level of the 1980 recession. This inflates the price of all goods, not just petrol and heating, eats into family budgets and will inevitably lead to an increase in airfares.

The high oil price is partially offset by the low value of the dollar – a significant help since oil is bought and sold in dollars. But the long-term implications of a low-priced dollar are not good.

The US imports vastly more goods than it exports and these will be increasingly expensive, fuelling the likelihood of a US recession that would have consequences for the rest of the world.

Ryanair chief executive ­Michael O’Leary has been predicting a downturn for some months. Indeed, it is the belief in an impending downturn that drives Ryanair’s succession of give-away offers. O’Leary believes the carrier’s determination to out-price everyone else will drive competitors – airlines and agents – into the dust.

Analysts are notoriously reluctant to declare the economy in recession – partly because a recession is defined as consecutive quarters of economic shrinkage so one can only be declared six months after it begins.

However, the signs of a slowdown are clear:

The impact on travel agents

Demand for travel has proved remarkably resilient and the industry has seen off a succession of challenges – from September 11 terrorist attacks to SARS, the invasion of Iraq and the continuing threats to airport security.

The high-end market will be largely immune to a downturn, while 40% of the UK population does not take a holiday every year.

However, people may trade down, for example take two or three breaks a year instead of three or four, choose a 10-day break instead of a fortnight, stay in a three-star instead of a four-star hotel, or select a cheaper destination. There could also be an impact on ancillary sales.