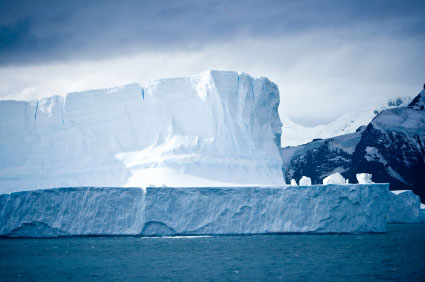 Several cruiseships were preparing to sail from Ushuaia to Antarctica as I boarded Discovery, the one ship operated by Voyages of Discovery. Knowing the notorious Drake Passage stands between me and the White Continent, I am glad to see my ship is the biggest in town.

As adventure cruises go, Antarctica is surely one of the most unusual – this was brought home to us on day one, when expedition team leader Peter Carey outlined the rules for landing.

Just 100 people are allowed on shore at any one time, and then only for an hour and you have to stay on the path.

We were not allowed to bring souvenir pebbles back to the ship or harass the animals in search of a perfect picture. Oh, and landing would be made by inflatable Zodiac, often into the water, so we should wear the wellies we had been advised to pack.

After just a couple of days in the White Continent, I discovered one other thing that made cruising in Antarctica different from anywhere else – there is no such thing as an itinerary.

True, there had been a day-to-day account of where we would be going in the brochure, but the ship’s course depends on the weather and ice conditions, and both can change in an instant.

It takes almost two days to cross Drake Passage, during which time the expedition team gave lectures about what we could expect to see in Antarctica. When not lecturing, they were on the bridge keeping a watchful eye for passing whales, birds or penguins. Seeing everyone run when the cry went up, “whale on the port side”, was better than the evening entertainment.

After two landings we cruised down iceberg alley, so-called because of all the giant bergs lining the route, and through part of the narrow Neumayer Channel. We got close to icebergs on a non-landing Zodiac cruise, and on the way back to Drake Passage followed a pod of about 20 feeding humpback whales.

And then we were in Drake, this time as smooth as a millpond. Which just goes to prove how unpredictable cruising is at the bottom of the earth.