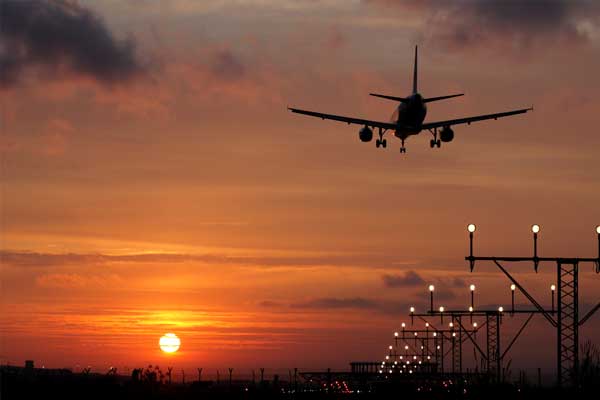 Measures are being put forward to force London-area airports to ban the noisiest aircraft at night.

A report published by the Department for Transport yesterday said the overall number of flights between 11.30pm and 6am would remain largely unchanged at Heathrow and Gatwick over the next five years.

However, overall noise levels are expected to be cut by up to half with the use of the new-generation aircraft such as the Airbus A320neo, A350, Boeing 737 MAX and 777X.

A loophole allowing some aircraft to fly without contributing to the existing cap on night flights would be closed, which would have a particular impact on Stansted, The Times reported.

The report also said that A320s would be modified over the next year by British Airways and easyJet to stop a high-pitched “whine” being emitted about seven to ten miles from airports.

The measures will come into force for five years from the autumn and are irrespective of the government’s decision to allow Heathrow to build a third runway, which is not expected to open for at least a decade.

A separate investigation into noise from the proposed new runway will be published later this year.

The conclusions, which were set out in a DfT consultation document, follow concerns that repeated exposure to aircraft noise at night can disrupt sleep, leading to major health problems.

Heathrow operates 5,800 night flights a year, or an average of 16 a day. Almost all take place between 4.30am and 6am, and they are almost entirely arrivals from Asia.

Under the DfT plan, the number of flights will remain unchanged but the noise quota will be cut by 43% in the winter and 50% in the summer.

The 14,450 night flights at Gatwick will remain unchanged but its noise quota will be cut by 17% in the winter and 21% in the summer.

Stansted currently has 12,000 night flights but makes far greater use of exemption rules to allow cargo aircraft and business jets to land without affecting its limits.

Under the plans, most of these relatively quiet aircraft will be included in the noise quota, ending exemptions for about 1,700 night flights.

The existing quota will be extended by the same number to allow them to continue flying at night, but it effectively caps the airport to this total and means it could not allow more of these flights in the future.

Aviation Minister Lord Ahmad said: “This government is committed to tackling the issue of aircraft noise, especially flights at night, which can be a blight for people living near airports.

“Night flights are, however, important to the economy, creating extra choice for passengers and moving freight, and we need to carefully balance the needs of local communities with the benefits these flights can bring.

“That’s why we are encouraging the use of quieter aircraft by bringing in tighter noise quotas at the airports and setting strict caps on aircraft movements at night.”