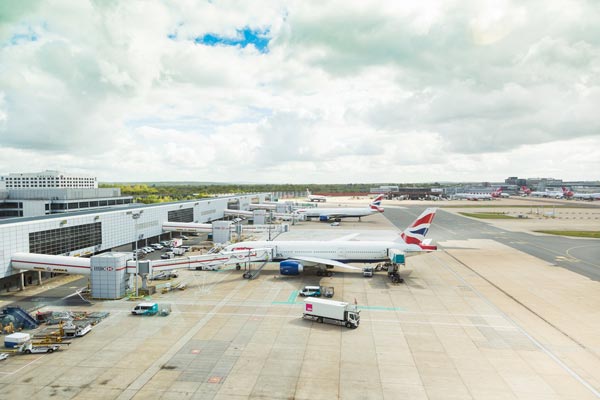 Gatwick will impose higher charges on airlines that fail to modify noisier Airbus A320 aircraft from next year.

More than half of Gatwick flights use A320s but they can create a high-pitched whine on approach.

A modification eliminates this noise and adapting all A320s using the airport is seen as a priority recommendation from the first independent review of arrivals published by Gatwick.

The review, established last year, studied what could be done to alleviate noise problems for local residents from arriving aircraft.

As a result, Gatwick will impose higher noise charges to any A320s that have not been modified from January 2018.

Several airlines accelerated their modifications as a result, with four of the five largest carriers – accounting for around 90% of A320 movements at Gatwick – now expecting to modify their entire fleets by the end of 2017, according to the airport.

Eleven out of 23 recommendations from the review have been completed with a further five nearing completion.

Recommendations include airlines undertaking a continuous descent approach, meaning that aircraft use less thrust and generate less noise by descending at a continuous rate, rather than a stepped approach.

A new independent noise management board has also been established at Gatwick, bringing community and industry stakeholders together for the first time in a formalised way.

Local Conservative MP Nusrat Ghani, who hosted several MP briefings on the noise review, said: “With the Independent arrivals review and the creation of the noise management board, Gatwick has shown it is now listening to the local community’s very strong and justified concerns about aircraft noise.

“There is still plenty of work to be done to deliver all the recommendations, with 13 still to be completed, but I am pleased we now have the structures in place to work better together. I will continue to hold Gatwick to account as we move forward.”

Airport deputy chairman Sir Roy McNulty said: “I am encouraged that the efforts of the past year have yielded tangible benefits and I am sure that with the continued support of all stakeholders, future work will lead to continued improvement in the airport’s noise performance.”