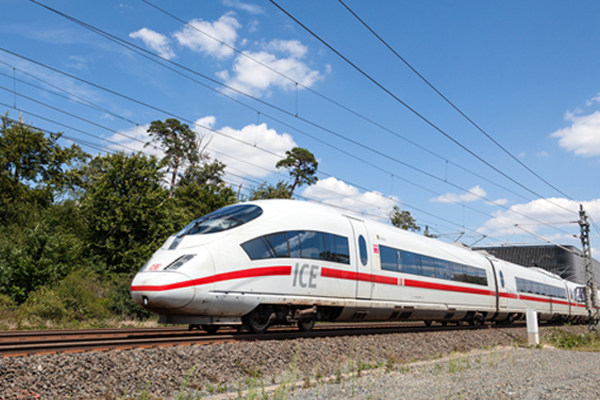 High-speed trains could run between London and Frankfurt within three years under plans to maintain Britain’s post-Brexit links to Europe.

Deutsche Bahn is resurrecting proposals to run trains through the Channel tunnel just as the UK withdraws from the EU.

Eurotunnel chairman Jacques Gounon said he was “quite sure” direct services would be introduced early in the next decade, and hoped they could start as soon as 2020, The Times reported.

Deutsche Bahn received a licence to run services to Frankfurt in 2013 but proposals were suspended pending the delivery of a fleet of high-speed trains.

The company will prioritise the introduction of new routes to Belgium and northern France before the UK. A spokesman said the trains were behind schedule.

“We still do not have the rolling stock to operate the line,” he said. “Having the trains running with the Belgian and French systems is a prerequisite to move on with our plans for the London service. The economic efficiency of the service has to be ensured.”

Gounon told The Times that he was awaiting talks with Deutsche Bahn after the resignation of Rüdiger Grube as chief executive in January. His successor has yet to be named.

“I am waiting for his appointment in order to meet him to re-launch the Frankfurt to London routes through Deutsche Bahn, but it will take time,” he said.

“It is something like two to three years, so we are dealing with 2020 and beyond that. I am quite sure that it will happen but it takes time of course.”

The disclosure came within days of Ryanair challenging Lufthansa at its Frankfurt hub with 20 new routes. The budget carrier will base seven aircraft in Frankfurt Main airport for winter 2017-18, including links to Glasgow, Manchester and Stansted.