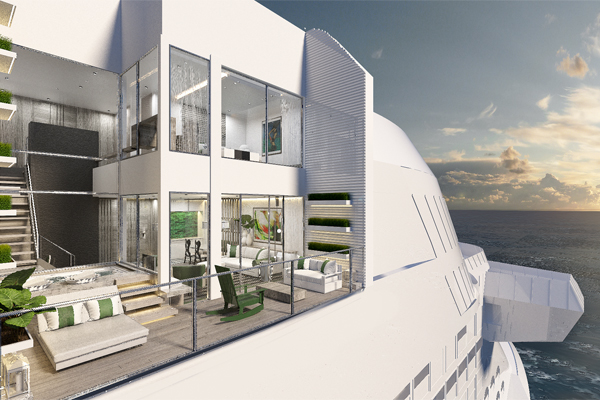 The first details of Celebrity Cruises new class of ship, Celebrity Edge, have been announced today as it goes on sale for the first time.

The ship, which has double occupancy of 2,918, features an “outward facing design” throughout.

Stand out features include a Magic Carpet – a ship climbing platform which can travel 13 stories and re-position itself alongside decks, creating new or extended venues depending on where it’s positioned; a rooftop garden and exclusive sundeck, The Retreat.

New suite categories have also been added, including Iconic Suites located above the bridge of the ship offering panoramic views of the ocean and a private veranda; and Edge Villas, with plunge pools, ocean views and direct walk-out access to The Retreat.

All suites staterooms have been designed in partnership with UK interior designer Kelly Hoppen. 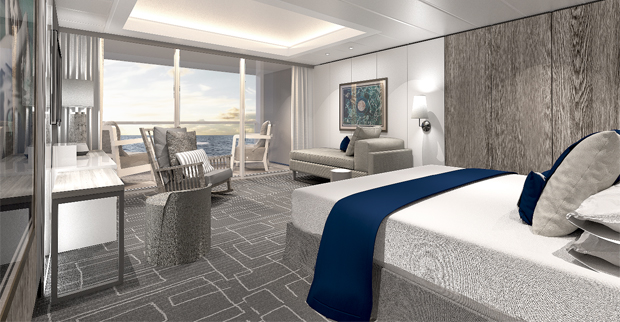 Details of Celebrity Edge were revealed at an event in Miami, Florida today (March 13).

To coincide with the event, six regional dinners for top-performing trade partners are due to take place tonight in London, Manchester, Glasgow, Newcastle, Dublin and Cardiff.

A second vessel in the series, Celebrity Beyond, is due to launch in 2020 while third and fourth Edge-class ships are planned for autumn 2021 and 2022.

President and chief executive of Celebrity Cruises, Lisa Lutoff-Perlo, said: “Our guests don’t want to just skim the world like a magazine – they want to feel a human connection with it.

“Every element of Celebrity Edge is meant to make that connection intense and unforgettable. Our new class of ship will allow guests to experience their journeys with the uniqueness and sophistication that marks the rest of their lives.” 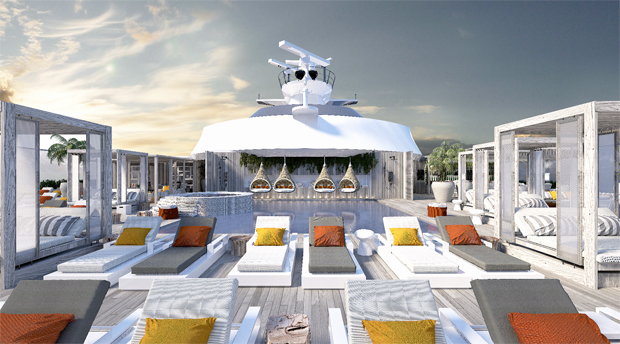