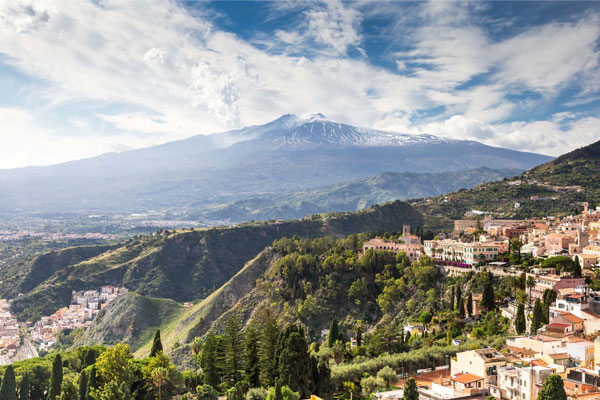 A Foreign and Commonwealth Office travel alert has been issued after tourists suffered minor injuries as Mount Etna erupted in Sicily.

A BBC team on the mountain at the time filmed the huge explosion which pelted the group with boiling rocks and steam.

About eight people were injured with some evacuated by mountain rescue teams after lava flow mixed with steam triggered the eruption.

BBC science reporter Rebecca Morelle said a volcanologist at the scene told her it was the most dangerous incident he had experienced in his 30-year-career.

She said a guide had suffered a dislocated shoulder, while a 78-year-old woman had been very close to the blast, but managed to get away safely.
Members of the group ran away from the blast, trying to reach the safety of a snow mobile, she added.

The Catania operation centre of Italy’s volcanology institute confirmed that three of its volcanologists had been on the mountain when the explosion took place, and said some had suffered injuries, but gave no detail.

Mount Etna, which is Europe’s tallest active volcano, spewed lava up into the sky in the early hours of Thursday morning, for the third time in three weeks.

The FCO, in updated travel advice for Italy, said: “Mount Etna has been erupting with increasing frequency; take care if you’re near any active volcano and follow local advice.”

Travellers were advised to visit the Italian Civil Protection website for more information about volcanoes in the country.