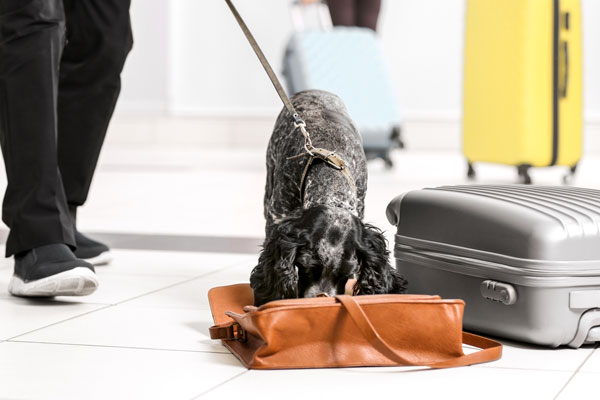 A security sniffer dog was shot dead by police after escaping its leash and grounding flights at Auckland airport in New Zealand.

The dog, called Grizz, could not be captured after it ran off.

The incident grounded 16 flights and caused delays for several hours.

An airport official said the decision to shoot the dog was a last resort, the BBC reported.

Avsec spokesman Mike Richards said that around 4.30am local time Grizz was getting into a dog unit wagon parked in the airport’s public landside area, when “something” caused the animal to escape.

A gate connected to airside had been opened to let a truck through and the dog managed to run through onto the tarmac.

A “massive effort” was launched to locate the dog in pitch black conditions, and for the first two hours Grizz could not be found, Richards said.

When the dog was finally located, “he would not let anyone near him and kept sprinting across runways.

“We tried everything: food, toys, other dogs, but nothing would work,” said Richards, adding that the area was “too vast and too open” to erect temporary fencing.

“We exhausted every option available and could not catch it,” an airport spokesman told the BBC.

He said tranquilisation would be part of an incident review undertaken by Avsec.