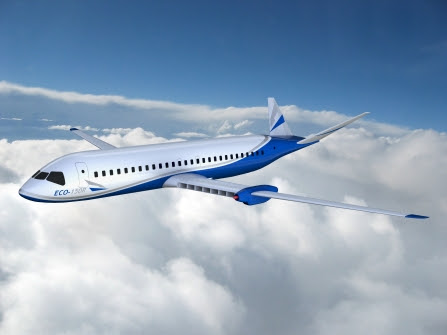 An electric-powered aircraft could be running commercial flights from London to Paris in 10 years, a start-up firm claims.

Wright Electric said by removing the need for jet fuel, the price of travel could drop dramatically.

Its zero-emissions aircraft, yet to go into development, would carry 150 people on journeys of less than 300 miles.

Low-cost airline easyJet has expressed its interest in the technology.

“EasyJet has had discussions with Wright Electric and is actively providing an airline operator’s perspective on the development of this exciting technology,” the airline told the BBC.

However, the company is relying heavily on innovation in battery technology continuing to improve at its current rate. If not, the firm will not be able to build in enough power to give the Wright One aircraft the range it needs.

Wright Electric’s goal, detailed in a presentation given to potential investors, is to make all short-haul flights electric-powered within the next 20 years, which would be about 30% of all flights made globally.

The company said that as well as lower fuel costs for the airlines, the technology could have a major added benefit for the public.

“Depending on how it’s designed, you can have an electric plane that’s substantially less loud than a fuel plane,” said co-founder Jeff Engler.

Batteries would be charged separately, he said, meaning aircraft would not have to sit on the ground while power is replenished.

“The way we’ve designed our plane is to have modular battery packs for quick swap using the same cargo container that’s in a regular airplane,” Engler said.

“We want it to be as fast as possible, so airlines can keep their planes in the air as long as possible and cover their costs.”

Competitors include aviation Airbus, which has been developing its electric two-seater plane E-Fan since 2014, and plans to create its own short-haul electric aircraft seating 70 to 90 passengers.