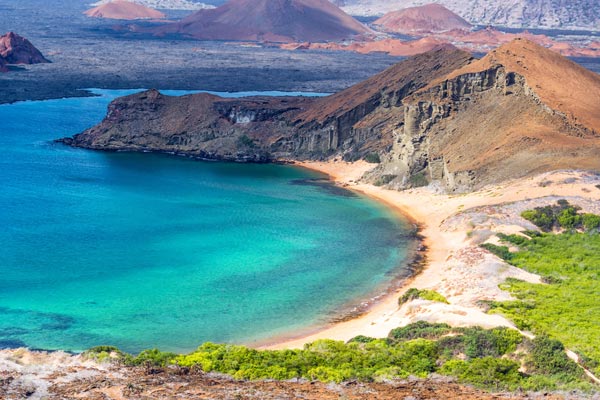 Metropolitan Touring is encouraging travel agents to ask tour operators specifically for its products in Latin America in a bid to raise its profile in the UK trade.

The destination management company, one of Ecuador’s largest tourism players, pioneered travel to the Galapagos Islands in Ecuador in the 1960s.

It works with UK tour operators including Cox & Kings, Audley Travel, Latin Routes and Sunvil to sell ground arrangements and cruises in Ecuador, Peru and Colombia to the UK market.

As well as contracting properties across the three countries it works in, the company owns three ships in the Galapagos and three hotels. Its properties are the Finch Bay Galapagos Hotel; Mashpi Lodge and hotel Casa Gangotena in Ecuador. Its ships are La Pinta; Santa Cruz 11 and Isabela II, while it also owns a yacht at Finch Bay hotel for day trips.

Wendy McNeill, sales manager, UK &Nordic Markets, said: “We want travel agents to ask tour operators for our products and hotels. We also need agents to know we offer Peru and Colombia as well so they offer them to clients.
“Most agents do not know Latin America very well, even though we have Latin American Travel Association, but they know the ‘go to’ operators. There is better air access than in the past and the Galapagos is a big draw, but people don’t realise it’s part of Ecuador. Latin America is getting there but we are still a long way off.”

“A couple of years ago Ecuador’s presence was stronger in the UK. Since oil prices decreased it has been hard for our government to keep the same exposure in terms of promoting exports,” she said.

The Ecuador Tourist Board has no UK office and Metropolitan Touring is the only DMC from South America to have a UK office.

Burbano de Lara said Metropolitan Touring was currently looking to grow its range of owned hotels in future. “We would like to have a couple of ships and hotels in each country. We have done inspection trips and we have some ideas about building our own,” she added.

It recently introduced the first luxury island hopping safari in the Galapagos Islands, with groups of up to 15 travelling between accommodation at two hotels by light aircraft.

Last year its Mashpi Lodge launched a Dragonfly canopy gondola to enjoy bird’s eye views of the 1,300 hectare Mashpi Rainforest Reserve. This offers a cable-driven system of gondolas that glide above, below and through a tree canopy, up to 200 metres above ground and can be combined with a hike through the forest or along the riverbed or as a trip to hidden waterfalls, swimming holes and walking trails.