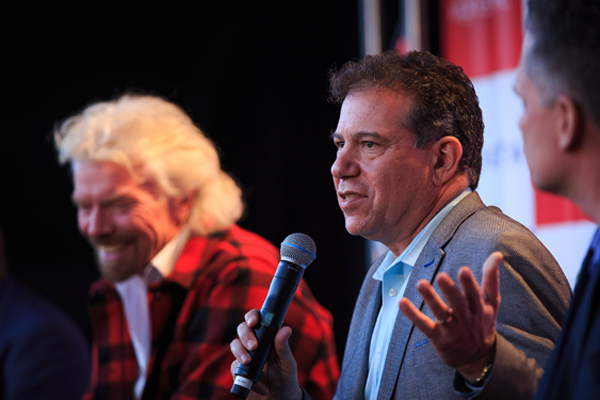 The fall in the value of sterling after the Brexit cost Virgin Atlantic £50 million and led to an “immediate” drop in passenger numbers.

Speaking to Travel Weekly on board Virgin Atlantic’s inaugural flight from Heathrow to Seattle, chief executive Craig Kreeger said he was pleased the company reported profits of £23 million in what he called a “difficult” year.

He also added that he forecasts 2017 to be a “money losing year”.

“We performed very well in 2016, on the things that we can control. It’s been a very good year in difficult circumstances.”

Passengers numbers from the UK dropped “immediately” after the referendum on Britain’s membership of the European Union, he added, but said the number of Brits flying to America since the Brexit vote, and President Trump winning the US election, has since been “better than expected”.

Kreeger added that there was no data to indicate a ‘Trump slump’. “We went into January with some trepidation,” he said. “But we’ve had a very strong booking start to the year.”

He said what had been noticed was that Brits were making budgetary adjustments, such as slightly shorter stays or slightly lower quality hotels, but the British tradition of a summer holiday is “sacrosanct”.

And Kreeger also said there was an “opportunity” for Virgin Atlantic to capitalise on Americans flying to “bargain” Britain.  “It’s a great time to come,” he said.

Despite gloomy forecasts for 2017, Kreeger remained optimistic, adding: “We are well positioned to work our way through that [a money losing year] because of the money we have invested and the profits we’ve made for the last three years.”