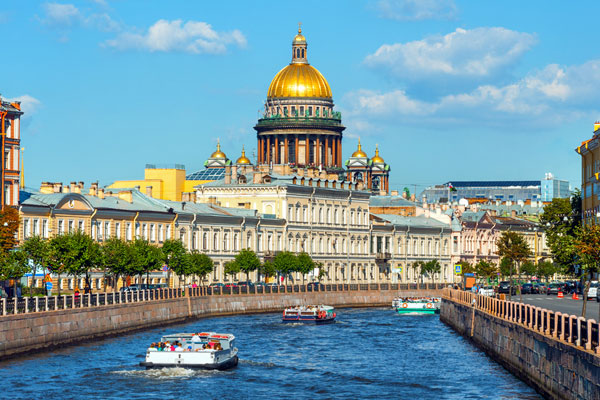 Cruise ship calls to St Petersburg are likely to be reviewed in the short term after officials blamed terrorism for the killing of 11 people on an underground train.

Scores of cruise itineraries feature the Russian city as part of Baltic Sea itineraries during the summer, with many staying overnight to allow passengers to experience its cultural highlights such as the Hermitage museum and ballet.

However, most Baltic departures do not start until next month at the earliest, giving cruise companies time to consider their options in the wake of yesterday’s explosion on the St Petersburg metro, which is used by more than two million people a day.

Russia attracts around 150,000 British visitors a year with many drawn to historic St Petersburg, which is accessible visa-free for cruise ship passengers.

The Foreign and Commonwealth Office updated its travel advice to Russia shortly after the blast, which also injured at least 45 people and forced the closure of all metro stations in St Petersburg.

The FCO said: “There are reports of explosions on the St Petersburg metro resulting in a number of casualties. If you’re in the area you should take extra care and follow the advice of local authorities.”

The Tass and Interfax news agencies reported that a suspect had been identified but there were conflicting reports over whether a suicide bomber was responsible for the blast between Sennaya Ploshchad and Tekhnologichesky Institut stations.

The head of Russia’s National Anti-Terrorist Committee said an explosive device was later found and made safe at another station nearby on Monday afternoon.

A native of Kyrgyzstan who obtained Russian citizenship was today identified as the main suspected of the train bombing.

As three days of mourning as declared in St Petersburg, authorities in Moscow said they were taking additional security measures on the Russian capital’s metro, and at stations, airports and other public places.

The FCO travel advice for Russia warns of a “high threat from terrorism” and says visitors should remain vigilant in all public places, including major transport hubs, tourist sites and crowded areas.

It says that the main terrorist threat in Russia comes from Islamist and rebel groups in the North Caucasus, but that attacks are not limited to this region.

One Briton was among 37 people killed in an attack on Domodedovo airport in Moscow in 2011 and three suicide bombings targeted public transport in Volgograd in 2013.

A native of Kyrgyzstan who obtained Russian citizenship was today identified as the man suspected of the train bombing.