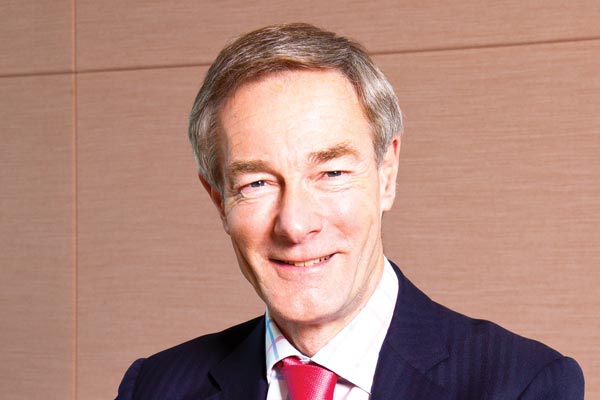 The international initiative was timed to coincide with QM2 calling in Shanghai.

The vessel was used to promote the UK’s world-leading maritime position in an effort to boost trade and investment between the two countries.

China is looking for UK expertise in marine engineering and manufacturing, shipping, ports and business services to help the country realise ambitious objectives to develop the sector.

While the UK may be concerned at the possible loss of trading opportunities in Europe as Article 50 is triggered to formally begin Brexit proceedings, a “golden era” for trade and investment is being heralded in China.

The importance of the trade mission, which also included a day in Hong Kong, was reflected by the fact that trade minister Mark Garnier and shipping and ports minister John Hayes both participated.

Dingle, also chairman of industry body Maritime UK, believes that more than any sector, maritime has “a unique role to play in making Brexit a success”.

He told Travel Weekly that he was “amazed” at the level of interest in cruising from the Chinese delegation of political leaders and representatives of state-owned enterprises.

“The Chinese interest about the cruise industry was there to the exclusion of almost everything else,” he said.

Cruise bookings in China saw 50% growth last year to 3 million, setting the country on course to surpass the US as the world’s largest cruise market by 2025.

Carnival Corporation is making inroads with collaborative plans to build cruise ships in China to meet the prospective demand, with the first vessel expected to be completed in five to six years time, according to Dingle.

“It was not just an opportunity to use QM2 to showcase an example of all that is best about British cruising, but to also talk about our intentions for cruise ship building in China,” he added.

UK manufacturers and suppliers see opportunities arising from renewed trading relations which large countries such as China as Britain negotiates its exit from the European Union, according to Dingle.

The maritime industry supports 500,000 jobs, contributes £22.2 billion to UK GDP and drives exports and inward investment throughout the UK.

”A significant number of world-leading British maritime companies are already working with China and we are looking forward to opening new chapters in these relationships, and beginning others,” said Dingle.

“As Britain goes out into the world, determined to increase exports and sign ambitious trade deals, we have a unique responsibility to make ‘Global Britain’ a reality, and are ready to do so.”