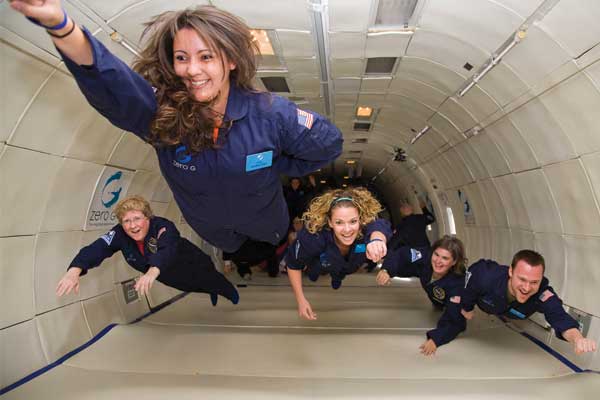 Laura French rounds up eight of the best on Earth.

Jetting off to Mars for a quick getaway in the cosmos might not be reality just yet, but it needn’t mean neglecting the idea of space-related travel altogether.

Back on Earth, there’s a whole host of attractions available, with everything from Nasa launch sites to the northern lights and dark-sky reserves to stargazing trips on offer to satisfy budding astronauts – alongside handy add-ons that will give your pockets ample rocket fuel (aka commission). Here are eight of the best to get you started. 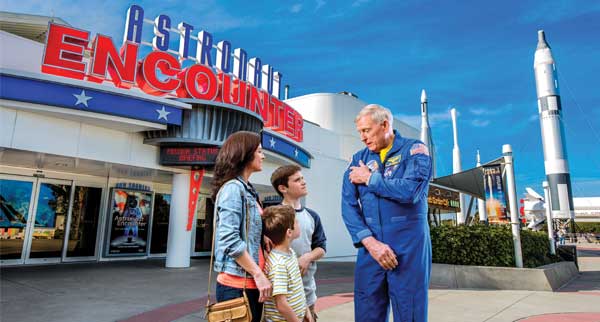 For the real deal, look to Nasa’s Kennedy Space Center, which has been the primary launch site for manned US space missions since 1968. Here, wannabe Buzz Lightyears can tour the Launch Control Center, take part in interactive games, ride simulators, catch Imax shows and learn first-hand what it’s like to survive in space, over lunch with a real-life astronaut.

There’s also an array of interactive exhibits, including Heroes and Legends, where visitors can learn about the US’s earliest missions through special effects, holograms, augmented reality and a 3D theatre; futuristic doesn’t do it justice.

Book it: Funway Holidays offers seven nights’ room-only at the Rosen Inn International in Orlando from £554 per person, including a day trip to Kennedy Space Center. The price is based on two adults and two under-12s travelling on August 28, with return United Airlines flights.
funway4agents.co.uk

Or try: Over at Space Center Houston, families can explore the home of Nasa Mission Control and browse the world’s largest public collection of moon rocks. While they’re in the area, suggest a visit to The Galleria mall, complete with an ice rink, two swimming pools and a state-of-the-art kids’ play area. 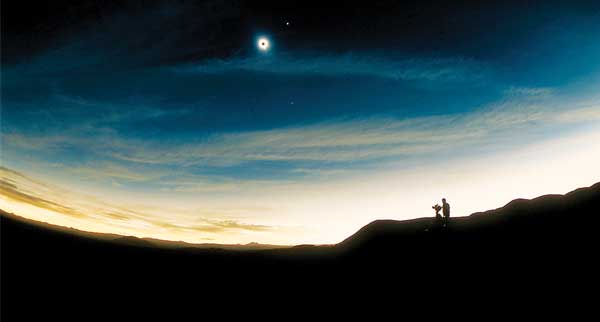 The Great American Eclipse will be covering the US skies with a mysterious twilight tinge on August 21 as the moon blocks out the light of the sun. Operators across the board are offering trips to take guests to the best viewing spots, so recommend it to families with older children looking to learn a thing or two.

Among the options is Explore’s Nashville to Detroit Eclipse tour, a 13-day itinerary that winds its way towards Carbondale, Illinois, where an astronomer awaits. The trip combines the eclipse with music-themed stops at the likes of RCA Studio B, where Elvis and Dolly Parton recorded songs, so it’s a good suggestion for those with a penchant for foot-tapping as well as a fascination with all things universe.

Book it: Explore’s trip departs on August 15 and costs from £4,599 including return flights, 12 nights’ accommodation, transport and the services of an Explore Leader and driver (minimum age 14).
explore.co.uk

Or try: While the total solar eclipse will be in the US, the phenomenon will still be visible as a partial solar eclipse elsewhere on the same date. Suggest Tenerife for those wanting to combine it with some stargazing – Teide National Park is known as one of Europe’s best starry spots with an international observatory and guided tours around its lunar landscapes. 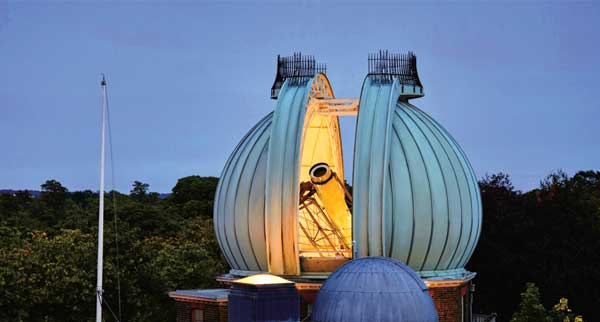 Space-themed holidays needn’t all mean trekking halfway across the globe. There are plenty of attractions with family appeal closer to home, including the Royal Observatory Greenwich, set on the Prime Meridian of the World.

It’s home to various exhibitions alongside London’s only planetarium – a huge domed structure taking wannabe space explorers on an immersive tour of the universe – and every weekend there are family activities centring on all things space.

Further north, Leicester’s National Space Centre has been contributing to space research since the late 1960s, and offers hands-on exhibitions alongside a Rocket Tower that guests whizz up in a glass elevator; galleries featuring space suits, rockets and meteorites; and the biggest planetarium in the country.

Book it: SuperBreak offers a night’s bed and breakfast at the four-star Novotel Excel for a family of four from £153, including tickets to the Royal Observatory Greenwich, in late July.
superbreak.com/agents

Or try: County Kerry, in Ireland, offers visitors the chance to discover the only Gold Tier Dark-Sky Reserve in the Northern Hemisphere – meaning star clusters, the Milky Way, the Andromeda Galaxy and nebulas are viewable via the naked eye. 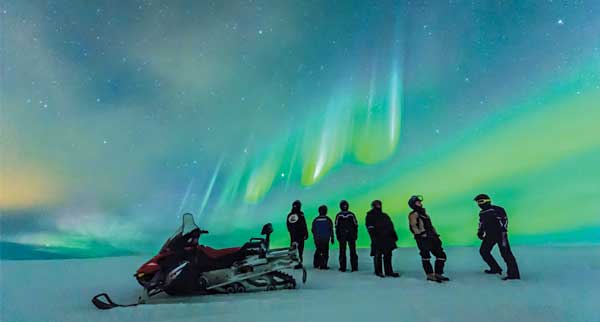 It’s not just about the stars; with its magical swathes of luminescent green, pink and purple, the Aurora Borealis – caused by collisions between electrically charged particles from the sun – is a space phenomenon that’s worth the hype. And it will enchant kids as much as parents.

Suggest a Hurtigruten cruise for those wanting to experience it from the remoteness of the sea. The Astronomy Voyage is an excellent option for science enthusiasts, featuring lectures from astronomy experts covering everything from the origin of comets to the science behind solar eclipses. Passengers will also visit the Science Centre in Tromsø, where they’ll find the world’s most northerly planetarium, alongside interactive exhibitions and scenic views over the surrounding mountain landscapes.

Or try: Iceland has been a lunar training ground for Nasa astronauts since 1965 thanks to its moon-like landscapes, which make it an ideal choice for space-themed breaks. Throw in the prospect of spotting the northern lights, family-friendly activities and a string of otherworldly sights, and you’re onto a winner. 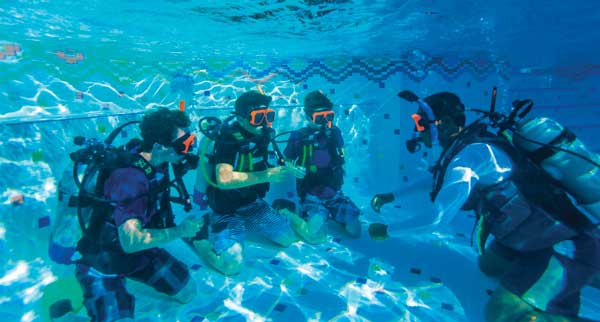 You don’t have to soar off into space to experience the feeling of weightlessness. Nasa has been training its astronauts in Houston underwater since the mid-1960s, and kids can imagine doing the same thing on the Seal Team diving programme available at Beaches resorts. They’ll learn to ‘float like an astronaut’, while learning other skills such as underwater photography, during a series of AquaMissions led by Padi professionals, with prices from £37 per day.

For those wanting to make like an astronaut without the time commitment, Deborah Wadhams, senior product manager for the Middle East and Indian Ocean at Travel 2, recommends the “shark safari” at Atlantis the Palm’s Aquaventure water park. “It’s fun for all of the family and allows guests to explore the underwater world wearing a special helmet, which looks just like the helmets that astronauts wear,” she says.

Book it: Seven nights’ all-inclusive in a Greek Beachfront Concierge Terrace Suite at Beaches Ocho Rios, Jamaica, costs from £5,065 for two adults and two children. The price, which is valid until May 20, includes accommodation, flights and resort transfers, for departures between July 1 and August 31.
sellingsandals.co.uk

Or try: If you’ve got a family looking to push the boat out with a once-in-a-lifetime experience, suggest Zero-G. The weightless flight, available in Las Vegas and other US locations, uses special arcs to create a zero-gravity environment where guests float and flip their way round a specially modified Boeing 727 (minimum age eight; prices from $4,950). 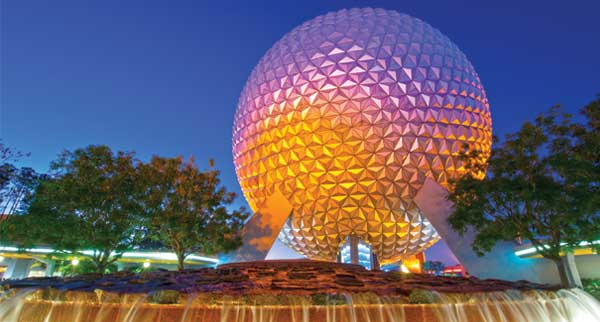 Those who might not be qualifying for Nasa any time soon can take consolation in the next-best thing: space-themed rides. Walt Disney World’s Epcot is an excellent start with the likes of Mission: Space, a simulator that sends passengers whizzing up to Mars, and Spaceship Earth, a 180ft sphere complete with an interactive gaming area and ride.

Book it: Thomson offers seven nights’ room-only at Walt Disney World’s three-star Disney All-Star Music Resort from £1,222 per adult and £832 per child including flights from Gatwick on July 22 and transfers.
thomson.co.uk

Or try: Alton Towers is a good option for thrillseekers wanting to stay in the UK. Recommend the space-themed Galactica ride, which combines a flying rollercoaster (formerly Air) with virtual-reality headsets to recreate the feeling of soaring through the cosmos. 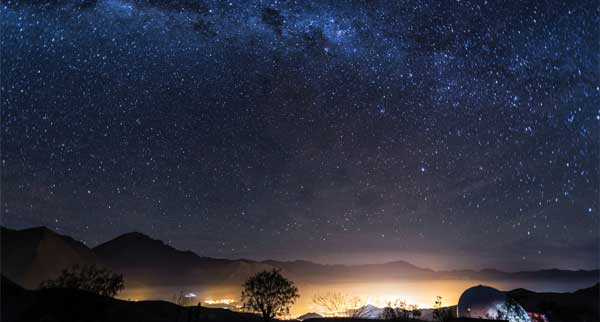 7 Stargazing in the desert

Picture a pitch-black desert sky dressed in twinkling diamonds and you’re on the way to understanding why Dubai isn’t just about the city. Various tours are available from the centre, including Viator’s Night Desert Luxury Safari, which takes guests on an evening trip to a star-lit desert camp in a 1950s Land Rover, with the guidance of an astronomer.

For those wanting to stay a little longer though, Gold Medal recommends Al Wadi Desert, a Ritz-Carlton resort set in one of the UAE’s other emirates, Ras Al Khaimah. Offering everything from archery and pony rides to bedtime stories under the stars, the out-in-the-sticks resort is spot on for families after an otherworldly adventure – and when the kids have gone to bed, parents can slot in some down-time under the stars at the rooftop Moon Bar.

Book it: Three nights at the five-star Al Wadi Desert costs from £959 per person with Gold Medal, based on a family of four travelling between August 15 and 28. The price includes half-board accommodation in an Al Rimal Pool Villa and flights from Gatwick.
goldmedal.co.uk

Or try: Australia’s Blue Mountains, with their dark and expansive skies, are worth the trek. Suggest Emirates One&Only Wolgan Valley for clients wanting to explore the area properly. The 2,800-hectare reserve offers a family-friendly 4WD stargazing tour alongside kids’ activities such as fossil hunting, orienteering and bush survival. 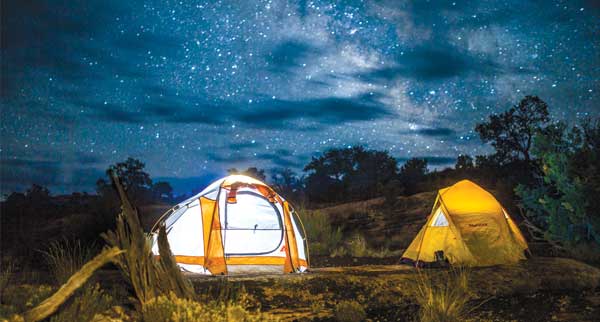 With its low levels of light pollution and vast open spaces, Canada is a stargazer’s paradise, and among its most treasured gems is Jasper National Park – the world’s largest dark-sky reserve.

Kids can journey through space at the domed Planetarium, listen to aboriginal songs from locals, learn photography tips from professionals and amble up to the top of Whistlers Mountain on the Jasper SkyTram.

For the best experience, suggest a visit in October half-term, when a string of events – from planetarium shows to science demos – will be taking in the area to mark Dark Sky month. And for a good base, recommend the historic Fairmont Jasper Park Lodge, which will be introducing its own Dark Skies stargazing programme this year.

Book it: North America Travel Service offers a seven-night Alberta stargazing fly-drive itinerary that takes in Calgary, Banff, Jasper and Edmonton. Prices start at £1,540 for adults and £770 for children, including room-only accommodation, car hire and flights from Heathrow, for departures on October 21 (based on two adults and two children sharing).
northamericatravelservice.co.uk

Or try: If clients are heading to the US, suggest Utah, which lays claim to the highest number of dark sky reserves on the planet. They include Antelope Island State Park and Cedar Breaks National Monument, where laser guided tours are offered every Saturday in August and early September.