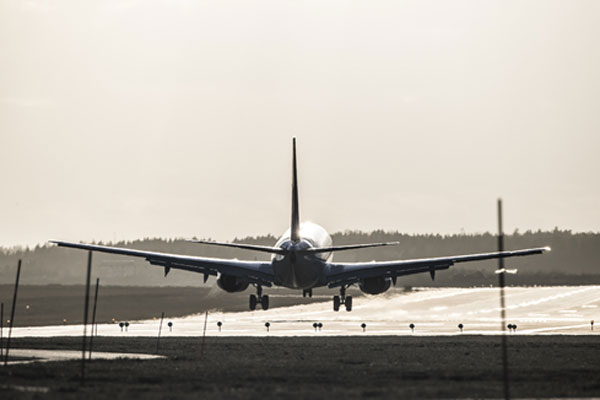 Test flights of the new Boeing 737 MAX have been temporarily halted due to possible issues with the engines.

The stoppage came days before the US manufacturer was due to make its first delivery of the aircraft.

But Boeing said it was sticking with plans to begin 737 MAX deliveries this month, adding that production of the aircraft would continue.

Boeing said it was notified last week of a potential issue involving turbine engine discs manufactured by a supplier to CFM International.

CFM is the joint venture between US firm General Electric (GE) and French-based Safran – the companies making the engines for the 737 MAX fleet.

Boeing says it has not experienced any problems with the discs during more than 2,000 hours of testing.

“Out of an abundance of caution, we decided to temporarily suspend MAX flights,” the company told the BBC. “The step is consistent with our priority focus on safety for all who use and fly our products.”

The 737 MAX 8, the first version of the plane to be built, carries a list price of $110 million but airlines generally receive steep discounts.

The next model, the 737 MAX 9, has more seating capacity with 220 seats. That aircraft completed a successful maiden flight last month.

American Airlines, Norwegian, Southwest, and China’s Shandong Airlines are among those who have placed orders for the new generation aircraft.

The 737 MAX fleet is designed to be a more fuel-efficient version of Boeing’s previous 737 models while also offering greater range.

Boeing has received orders for more than 3,700 of the aircraft from 86 customers and is the fastest selling type in the company’s history.