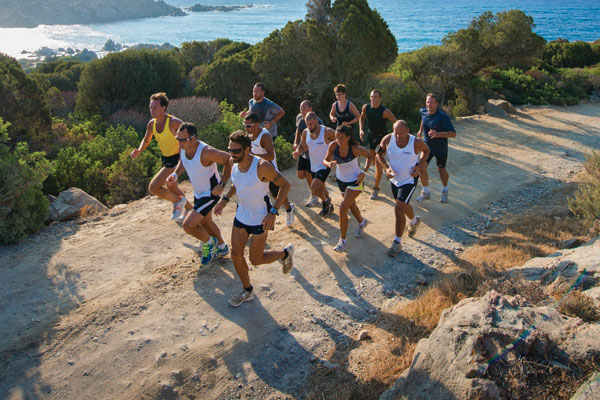 Training with Olympians and sports professionals need not be a distant dream, says Laura French.

Running a marathon, training for the tennis season or powering through a triathlon might not be everyone’s idea of a holiday, but in the world of sports enthusiasts, it can be as enticing as a pina colada on a sun-drenched beach or a dip in the sea – and far more productive.

Fortunately, a handful of resorts cater to precisely those people, with the likes of Mark Petchey and Tom Daley on hand to teach and inspire dedicated souls through training camps, sports academies and one-off events.

That’s good news for you, as sports holidays can encourage travel outside the peak seasons, drive high-value sales and attract new customers in search of some expert guidance – including those who might never have considered coming to an agent before.

They’re also the type of holiday where you know exactly who you’re targeting, and whether it’s teaming up with a local sports centre or approaching a club or team, there are plenty of ways to get ahead of the game. To help in the mission, we’ve put together a rundown of what’s happening and where. 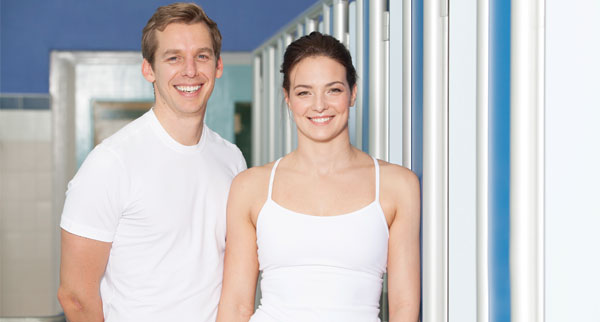 To train with the pros, look to Saint Lucia’s renowned BodyHoliday. The resort offers a variety of programmes throughout the year, including its WellFit retreats, a bootcamp-style programme that includes fitness training on the beach, seminars and Eat like a Champion cooking classes with those in the know – a good selling point for clients keen to learn from the experts.

This year, Olympic swimmers Keri-Anne Payne and David Carry will be hosting the retreat from October 29-November 19. There will also be a four-day supplementary SwimFit course for those wanting to work on their technique and speed. Halfway through the programme, on November 11, a one-mile swim will offer enthusiasts the chance to put new skills into practice (free for those participating in the programme/$60 for other guests).

It doesn’t have to be on land, though. Hapag-Lloyd Cruises has launched BE.YOU, an at-sea training programme created in collaboration with three-time Olympic ski champion Maria Höfl-Riesch. Available on all its Europa 2 cruises, the course will be tailored to each person following an individual analysis, with Höfl-Riesch herself coming onboard for six departures in 2017 and 2018 to offer some
first-hand insight. 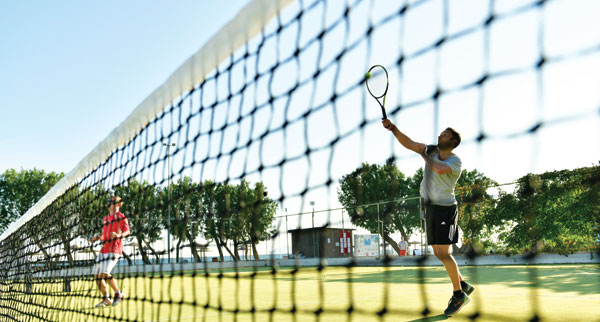 If enthusiasts want to improve in a specific sport, suggest a specialist training camp. Tennis fans have several options. For one-off intensive weeks, Mark Warner hosts a specialised programme for regular players at its Lakitira resort in Kos from September 13, and at its Levante Beach Resort in Rhodes on May 20 and October 7. Guests can expect 20 hours of on-court tennis with clinics and advice on tactics and match play, alongside a speed-serving competition and tournaments.

Neilson, meanwhile, will once again be running its Mark Petchey programme. Designed in collaboration with Andy Murray’s former coach, the course is aimed at anyone looking to improve their skills with instructors trained by Petchey himself, who’ll be making an appearance at the new Alana Beachclub Paklenica in Croatia from June 10-17. 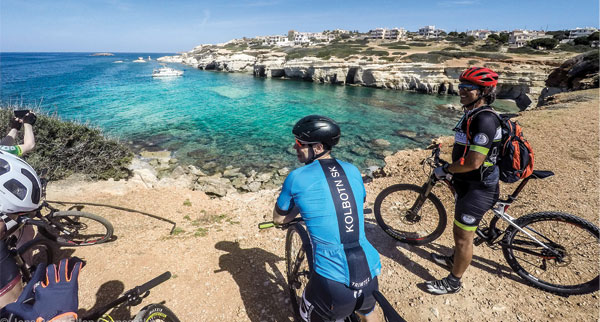 If it’s cycling or triathlon training your clients are after, suggest the Almyra in Paphos, which offers bespoke weekly Triathlon and Biking Training Camps from November to April. They are targeted at those working towards an Olympic-distance triathlon, half ironman or similar, and who have already completed a triathlon.

Open-water swims, pool diagnostic sessions, running sessions and road cycling on varied gradients are all incorporated, and for those wanting to focus solely on the cycling, there’s a bike centre offering courses and tours to
the scenic Akamas Peninsula.

Of course, there’d be no point in training without putting it to the test, and the resort is holding several events in partnership with other local hoteliers to give guests a chance to do just that. Among them there’s the Cyprus Marathon (every March) and the Pafos Triathlon (every April).

It’s not the only resort getting involved on the triathlon front. For those wanting to soak up some Caribbean sunshine while getting their run-swim-cycle on, suggest The Landings, the official race hotel for the Saint Lucia triathlon, which takes place on November 18.

If the event itself isn’t a big enough draw, the pre-training week might be – it’s being hosted by Tom Daley, who will be leading masterclasses in the run-up to the race. There will be various other events during the week, including an aquathlon, beach run, open-water swim and pre-race reception meal, as well as an optional post-race party for those wanting to let their hair down after a week of all things active.

Closer to home, the five-star Forte Village in Sardinia – known for its extensive range of sports academies, which range from cycling to swimming and basketball to boxing – will be staging a triathlon on October 28-29,
with sprint and middle-distance options available to cater to different skill-sets and ages (the Half Distance triathlon costs from €190 for guests and €270 for non-guests).

Coaches and personal trainers will be on hand, and guests will be able to train in the 25-metre saltwater pool to re-create the feeling of being at sea, preparing them to hit the Med.

Just around the corner is Chia Laguna, which hosts a half-ironman triathlon in the spring as well as an annual half-marathon, where runners meander past opal waters, white sand dunes and a lagoon speckled with pink flamingos. You needn’t limit the sell to the super-active either; there’ll be a 10km race and shorter, non-competitive routes, so highlight those to clients not quite sold on the full whammy. 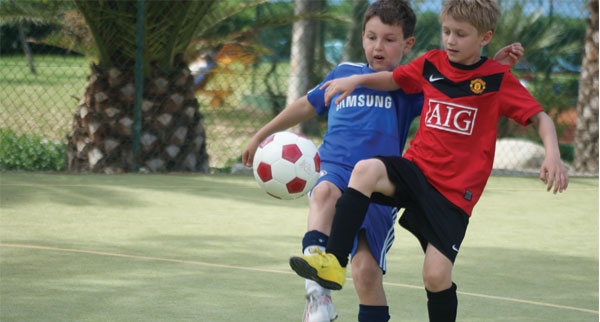 It’s not all adult-only though, and according to Laura Mason, product manager for Citalia, one of the biggest markets for this type of travel is kids. “Sports training holidays largely appeal to families with sports enthusiasts looking to improve on a particular skill in a semi-professional environment,” she says.

Chia Laguna offers a range of kids’ academies. The Campioni Football Academy, which is aimed at six to 15-year-olds and takes place from July 1 to August 4, features coaching sessions led by ex-pros such as England striker Andrew Johnson and West Ham defender Tony Gale (priced at €550 per child per week).

Sani Resort, in Halkidiki, will be offering something similar with its own football academy (running from April to October), which offers kids aged five to 14 a chance to learn new skills in daily two-hour sessions, while competing for medals. Last year, the resort introduced a sailing academy for children aged six to 17, with intensive 10-hour courses taking place both on land and at sea.

Forte Village has launched a host of kids’ academies this year, including athletics in partnership with strength and conditioning coach to the stars, Ruben Tabares. Sessions will include Fast Feet and Brazilian Beach Football, with the aim of boosting strength and fitness (July 8-22; suitable for six to 15-year-olds).

It seems to be part of a trend; Spain’s Marbella Club has begun offering family-oriented sports camps this year, including the Youth Golf Academy, which takes place on an 18-hole course designed by Dave Thomas, giving parents some recovery time.

Carrier offers seven nights’ all-inclusive at the BodyHoliday from £3,860 per person, based on two adults sharing a Luxury Room. The price includes British Airways flights from Gatwick on October 29 and private transfers.
carrier.co.uk