Jenni Doggett falls for the buzzing cities and blissful beaches of the Philippines.

Instead of saying ‘good morning’, Filipinos say ‘beautiful morning’, which rather aptly illustrates the country’s appeal. The Philippines is, simply put, beautiful.

Made up of more than 7,100 islands sprinkled between the South China Sea and Pacific Ocean, they are divided into three main groups: the Luzon, Visayas and Mindanao.

The romantically nicknamed ‘Pearl of the Orient Seas’ has a unique flavour within southeast Asia, derived from centuries of Spanish rule. Grand colonial architecture, local village fiestas and the singsong Tagalog language were all influenced by the country’s Iberian conquistadors.

It’s a little more expensive than mainland Asia but has buckets of charm. English is spoken almost everywhere and people are friendly, yet unlikely to hassle passing travellers.

Tourism is in its infancy, so the Philippines is not yet teeming with visitors. As John Flowers of STA Travel explains: “The market is far from saturated here, unlike Thailand for example, so it’s possible to have a rich cultural experience without the crowds.”

Or as a local proverb puts it: ‘A sleeping shrimp is carried away by the current’. So don’t miss the boat – now is the perfect time to sell the Philippines before it becomes overdeveloped. 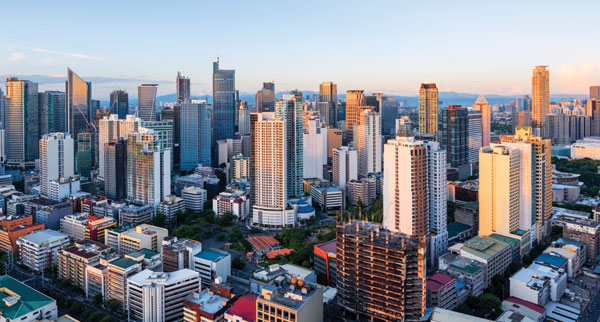 The Filipino capital thrums with heat and energy. Flamboyant jeepneys (local transport) zip past, packed with passengers, many on the roof. A vibrant creative scene thrives among the soaring skyscrapers, with edgy design shops, galleries and bars tucked in every other nook.

See: Manila is a vast and fast-paced metropolis, so a good way to get oriented is with one of the many city tours. Intramuros is the ancient walled citadel, Manila’s oldest district, home to Unesco World Heritage-listed San Agustin Church and Fort Santiago – best viewed early in the day to escape the worst of the heat.

Many hotels run specialist tours. Raffles Makati offers its own Art Concierge Tour around its many treasures. For less pure pursuits, Finders Keepers bar is just the thing; a supercool hidden speakeasy popular with local hipsters and tourists alike.

Stay: Utter indulgence to bookend the trip can be found at Raffles Makati. A traditional Hilot foot massage and eucalyptus steam room bring relief after a long flight. Attention to detail, excellent service and luxurious suites make this a must-stay, just 30 minutes from the airport. It’s home to 32 suites, priced from £270. Raffles is also connected to the more business-focused Fairmont Makati, which has 280 rooms, starting from £142.
raffles.com/makati

For proper old-school glamour, The Manila Hotel is an elegant alternative. Ernest Hemingway, JFK and of course, Imelda Marcos have all graced its dramatic entrance hall. It has 570 rooms, priced from £115.
manila-hotel.com.ph 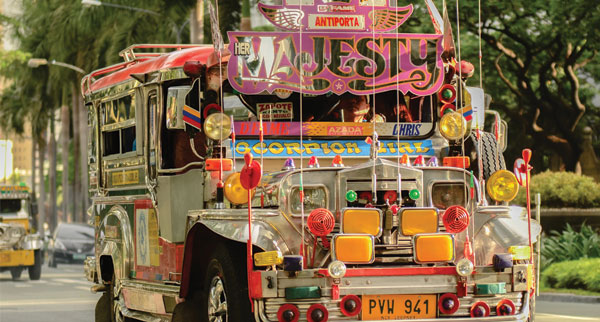 Sell: Palawan has twice been voted the best island in the world by Condé Nast Traveler readers. The bustling port of El Nido is the ideal launch pad for island-hopping by bangka, and exploring the glorious limestone outcrops and dreamy lagoons that comprise the Bacuit Archipelago.

See: Idyllic turquoise seas punctuated by divine castaway beaches – this region is as much about what is between the islands as the islands themselves. Donning a snorkel will introduce you to some intriguing locals: mellow turtles, pouting clams and pygmy seahorses are among the more entertaining denizens. This is the perfect place to do a Padi course, with most big resorts offering tuition. Or for pure lounging, Nacpan Beach is hard to beat. A dazzling and magically quiet white-sand beach about 40 minutes from El Nido town, it’s the best place to sit back and sip a boku (local green coconuts, about 50p a pop).

Stay: One of several luxury resorts belonging to the El Nido group, Apulit Island Resort is a honeymooners’ haven. Fifty simple but elegant water cottages hover in the breaking waves on solid wooden limbs, and a welcome breeze direct from the sea cools the spacious balconies. Plenty of activities keep guests occupied, including paddleboarding or a gentle boat trip to a tiny private island. It’s bliss on stilts. Prices from £332 per room.
elnidoresorts.com/apulit-island 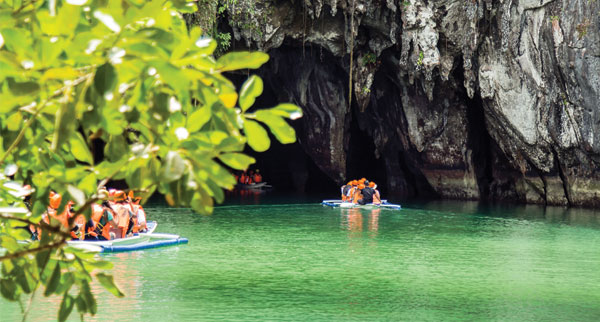 Sell: Situated around four hours south of El Nido, Puerto – as it is known locally – is alive with mangroves, fireflies and wild biodiversity. The self-styled ‘city in a forest’ is the least densely populated province in the Philippines, but don’t expect
that to last.

See: The primary draw of Puerto Princesa is one of the newly-named Seven Wonders of Nature – Puerto Princesa Subterranean River National Park. An enchanting boat ride into one of the longest underground waterways in the world has visitors flocking to the area. Cathedrals of bats trill and swoop while the guide flashes a torch over increasingly baroque stalactites, augmented by centuries of guano deposits.

For the bolder explorer, another Unesco site, the Tubbataha Reef, is said to have the highest concentration of sharks in the world. It is a long boat trip though, so it’s primarily accessible only through liveaboard cruises.

Stay: The sprawling Sheridan Beach Resort boasts an enormous pool flanked by lovely low-rise villas. Lounge around in the pool bar shooting the breeze or head to Sabang Beach and while away the hours in a hammock. The hotel boasts 95 rooms, with a further 73 to open by the end of the year. Prices from £123 per room.
sheridanbeachresort.com

If it’s possible to get any more laid back, then Daluyon Beach & Mountain Resort will do the job. Bracketed by lush jungle, this boho abode feels beautifully secluded and serves some of the best local food on the island. Handily close to the underground river too, it has 27 rooms, priced from £103.
daluyonbeachandmountainresort.com

Hayes & Jarvis offers a nine-night holiday from £1,799, comprising two nights at The Manila Hotel; three at Sheridan Beach Resort and Spa, Puerto Princesa; three nights at El Nido Resort Lagen Island, and one back in Manila, all B&B. The price covers international and domestic flights with Philippine Airlines, and transfers, for a September 12 departure.
hayesandjarvis.co.uk

Intrepid Travel offers a 19-day Philippine Adventure small-group tour from £2,400, not including flights. The trip starts in Manila and ends in Puerto Princesa, including a jeepney tour of the capital, a three-day trek through rice fields, a hike up Mount Pinatubo, snorkelling in El Nido and meeting the Batak tribe in Palawan. Accommodation is basic at times; a good level of fitness is required.
intrepidtravel.com/uk