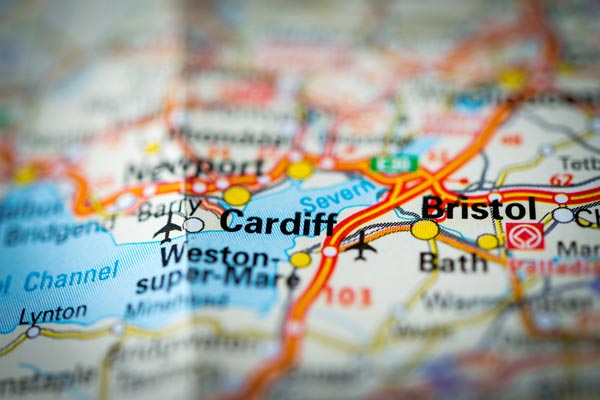 Cardiff airport and Qatar Airways representatives are meeting Welsh business leaders to outline the benefits of a new route to Doha from next year.

Attracting a long-haul service has been one of the airport’s main ambitions.

It will be a key factor in the Welsh airport’s target of attracting two million passengers a year within the next five years.

The airport said it does not expect current tensions in the region to impact on the new route.

Sanctions have been placed on Qatar by its Middle East neighbours led by Saudi Arabia since the announcement of the new route.

However the boss of the airport believe the Doha flights will offer significant business opportunities not only for south Wales but also the south west of England.

Cardiff airport chief executive Deb Barber told the BBC: “Its transformational. It’s been a long time part of our strategy to bring direct, long-haul flights to Wales and it’s the only region not served at the moment, so there has been a huge gap in the market we have been looking to fill.”

The Qatar capital would not only be a destination in itself but would allow passengers access to a hub that provides flights to a range of onward desinations.

Meanwhile, Qatar Airways chief executive Akbar Al Baker stressed that the blockade by neighbouring Gulf nations will not halt the carrier’s growth or plans to accept delivery of new aircraft.

“There has been a monetary impact,” he told Reuters. “We have had a lot of cancellations, especially to the four countries that did this illegal blockade, but we have found new markets and this is our growth strategy,

“All these countries have families on either side of the borders, they have relatives, children, investments. Eventually, people will realise that the move they have done against my country was ill-thought out and ill-advised and that life has to come back to normal.”

Qatar is talking with the United Nations’ aviation agency, ICAO, about the airspace rights’ dispute, but Al Baker said he was disappointed with its actions so far.

Al Baker said Qatar Airways still wanted to buy a stake in Italian carrier Meridiana, though there were “a few things to iron out.”

However, Qatar Airways is not interested in struggling carrier Alitalia, which is in the process of seeking a buyer.

Qatar also plans to set up a full-service Indian carrier to fly domestic routes with around 100 narrowbody aircraft after the country opened up the airline industry to foreign investors.

Al Baker said an application would be made for an operating licence soon, without giving a more precise timeframe.

He was speaking at the Paris Air Show as the airline showcased its new double-bed Qsuite business class option on a Boeing 777 which will make its debut on the Doha-Heathrow route this weekend.