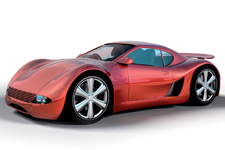 Thanks to ferries and the Channel Tunnel, it’s never been easier to take your own car abroad on holiday.

Add concerns about the carbon emissions and fuel costs to the equation and you would assume that the car hire market is in the doldrums.

In fact, the car hire sector looks in rude health. Mintel’s 2008 Holiday Car Hire report shows that 17% of adults hired a car abroad in the past three years, and that the number of hires has risen by a third to 3.1 million since 2003.

The partnerships forged between low-cost airlines and car hire providers has helped strengthen the market. But there are other forces at play which could open up opportunities for travel agents.

A major driver is the UK’s changing demographic and the power of the grey pound. By 2012, almost half the UK’s population will be middle aged or retired, and many of these potential travellers will seek luxury and adventure.

For the proactive agent and car hire provider there could be more demand for chauffeured trips and slow-paced touring itineraries in luxury model cars, said Mintel.

It’s not only the older generation that’s a growth area. Classic road trip destinations such as the US are looking more attractive in the light of a weak dollar, said Mintel. And what better way to experience North America than by hitting famous highways such as Route 66 – a classic destination for the youth market?

Even stringent entry rules across the pond could serve to extend trips: if it takes so much effort to get in, travellers will be tempted to see as much as possible during their stay.

And there’s a lot more potential for growth in the future by putting the vehicle itself centre stage and offering greater in-car technology and ‘edutainment’.

Opportunities for the trade

The good news for travel agents is they remain a major channel for car hire companies. Affordable Car Hire, for example, says more than 90% of its business is through the leisure market.

What is changing is the way agents book, said Avis Europe head of UK leisure and sales Lisa McAuley. “We have seen growth through most of our partners. Notably, we have seen a migration of business through partners’ booking channels – from traditional channels to more focus on online business,” she said.

Improved bookability in the car hire sector has been enabled by the move towards common standards in web languages and applications used across the travel and tourism trade, said Budget head of marketing and e-commerce Andy Lewis.

“This has made it easier for companies’ web programmes and applications to communicate, saving time and reducing work for travel managers,” he said.

While Budget still offers a traditional phone booking system, more agents are choosing to book online. The result is an updated website through which agents can earn commission of up to 20%.

Similarly, Affordable Car Hire has invested in making its website a more effective selling tool. It allows agents to choose a car rental supplier by price and gives clients full details of the car, terms and conditions and any additional charges such as out-of-hours costs.

“Agents can email the information page to their client, and keep a record for themselves. Agents can also use the site to check how many bookings they’ve done, run off reports, check the profit that’s been made and find out which reservation staff have been the most productive,” said Hughes.

It’s all part of agents’ need to have more accurate information. “Agents are more tuned in to the fact that ‘time is money’ and want to be able to assess who and what is selling well,” said Hughes.

Meanwhile, environmental concerns are beginning to inform vehicle purchases, and although high fuel prices are not affecting overseas car hire – most countries have lower fuel excise duty than the UK – the cost of oil is affecting the domestic market.

According to Lewis at Budget, the rising price of fuel could actually drive demand for car hire. “Domestically, rising fuel prices are causing an increasing number of people to give up their own car, or at least downsize the one they have, which may lead to an increase in the number of people requiring short-term rentals,” said Lewis.

“We have seen a general increase in requests for diesel-powered cars given their relatively high miles-per-gallon performance. Now more of our cars are powered by diesel fuel.

“We have also been running trials in the UK with hybrid petrol electric Honda Civic cars. So far these have proved popular with renters.”

One thing unlikely to prove popular in the domestic market will be this year’s changes to vehicle excise duty, which will be based on CO2 emissions and, from next year, a restructuring to create more bands.

Anita Jarratt, business travel manager at Europcar, said: “In 2010 the chancellor is introducing a new first-year VED tax that, while encouraging cars with emissions of less than 130g/km, will also penalise those above 160g/km.

“Business car users will bear the brunt of this extra tax, as the sector accounts for more than half of all new cars sold in the UK. It is difficult to predict just how this will affect rental customers but it will affect the purchase of rental vehicles.”

Some 17% of adults hired a car abroad in the past three years. Since 2003 hires have increased by a third to 3.1 million. This growth has been supported by the rise of the middle-aged, AB demographic.

Car hire abroad has been the top performer in the slow travel market in recent years and it is gaining fast on those taking their own car abroad by sea.

Like aviation, rising fuel costs pose a threat to car hire, but there is potential for operators to offer ‘cleaner’ fuel such as bio-ethanol, electricity or other hybrid combinations. Carbon-offset options are already available and carbon-neutral vehicles are the next stage.