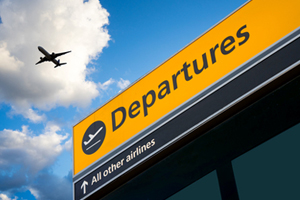 High charges are particularly found at monopoly airports and those which operate under a ‘dual till’ regime, new research shows.

Under this arrangement, profits from airports’ commercial activities such as shopping or parking are not re-invested in lowering airport charges for consumers, despite the fact that this revenue would not be generated without them in the first place.

Reviewing the EU airport charges directive could address this and other issues with the regulation to the benefit of consumers, according to aviation lobby group Airlines for Europe (A4E).

A ’single till’ principle requires revenues from an airport’s non-aeronautical activities, such as shopping, car parking and restaurants,  to be deducted from the airport’s revenue for aeronautical services before determining the level of airport charges.

The existence and proliferation of dual till airports demonstrates that airports do not operate in a competitive market and abuse their market power, according to the findings of a study by aviation consultants York Aviation on the cost and profitability of European airports.

No specific airports were identified, but A4E managing director Thomas Reynaert said: “Evidence shows that airports with dual till are likelier to generate excess profits as their financial returns are significantly higher and principally driven by non-aeronautical activities.

“According to the study, dual till provides airports with five times more profitability than single till.

“In addition, dual and hybrid till airports have eight per cent higher operational costs implying they are less efficient. This is not sustainable.

“We are strongly convinced that single till is the model which benefits European passengers most and should be introduced across the continent.”

Neither airlines nor the relevant regulators in each EU member state are provided with transparent information by airports when the latter determine the level of airport charges, the research also revealed.

There is little regulatory scrutiny despite the fact that this is what the directive stipulates.

A4E believes that it is essential that national regulators and competition authorities are equipped with the adequate resources and competencies to create a level playing field.

“For A4E and millions of European passengers the airport charges directive is an inadequate piece of legislation – it must be reviewed urgently,” said Reynaert.

“Economic regulation of airports is required where monopolies exist and transparency is needed when calculating airport charges.

“Therefore, the European Commission must revise the directive to regulate these monopolies, initiate in-depth market power assessments and ensure that national authorities have the proper competences and resources to regulate effectively.

“While Europe celebrates 25 years of the single aviation market with lower airline fares, airport charges continue to go up.”