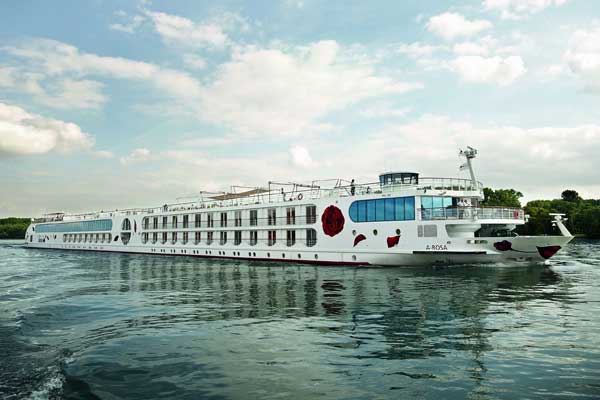 Almost 200 passengers and crew had to be evacuated from a Danube river cruise vessel when a blaze broke out on board.

The passengers, who were on travelling with German river cruise line A-Rosa from Linz to Budapest, were taken off and moved to a nearby ship.

The blaze started close to the village of Schoenbuehel-Aggsbach in Lower Austria, a fire brigade spokesman told Reuters. No-one was was reported to be hurt.

Twelve fire engines and several boats with around 150 fire fighters fought the blaze before bringing it under control after two hours.

Five ship crew members who tried to extinguish the fire were treated for smoke inhalation in hospital, a spokesman for the Red Cross said.

While the reason for the fire was still unclear, it seemed to have started near a gym and fitness facilities on board the boat, the fire brigade spokesman said.

A company spokeswoman said she had no information about the passengers’ nationalities but confirmed that all of them were in good health.

“The ship is fully maneuverable according to current knowledge,” she said.

“A-Rosa, consultants and authorities are checking on site.”