This northern powerhouse packs quite a punch, says David Whitley.

Manchester revels in its de-facto status as the capital of northern England, and a series of relatively recent additions and makeovers has made it a city-break destination that holds its own against any in Europe.

Known to the rest of the world through a football prism, it is indeed a tremendous place for lovers of the big game. But Manchester is also strong on culture and industrial history, and has a playfully independent streak that makes it great fun to just hang out in and mooch around.

10.00: The first day is the cultural day, and that starts off at the Whitworth, an art gallery that has always had a stupendous collection, but now has the building to show it off properly. The substantial renovation of the original premises was completed in 2015, and it has since been transformed into a must visit. The focus is on modern artists, with the likes of Henry Moore, Barbara Hepworth and Lowry well represented among the British contingent, plus Picasso, Van Gogh and Gauguin. As well as paintings and sculptures, there’s plenty of textile art.
whitworth.manchester.ac.uk

12.00: From the Whitworth, enjoy a stroll through the city centre, but remember to take time to look up, as there are so many grand old buildings from Manchester’s time as a cotton metropolis. Stop for lunch at the new and slightly-tricky-to-find B.Eat Street. Here, a series of street food-style outlets have gathered in one thoroughly likeable strip, offering options such as Indonesian noodle dishes, big grilled cheese sandwiches and southern Indian chicken curries.
beatstreetmcr.co.uk 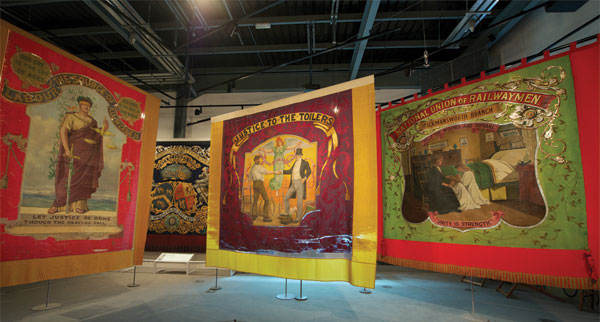 13.30: Continue on to the People’s History Museum, which tells the story of working-class unionisation, the Labour movement and British democratic history. Manchester city centre’s Peterloo Massacre in 1819 – where soldiers charged protestors demanding a greater say in how the country was run, killing 15 – is the starting point. The museum then tackles the population movements of the Industrial Revolution, the clandestine prototype unions, the formation of the Labour Party and the radicals in Parliament who fought to have the vote extended to all.
phm.org.uk

16.00: Manchester’s history tends to be industrial, but Chetham’s Library goes back a bit further. The 15th-century building hosts Britain’s oldest surviving public library, and inside it’s a gorgeous slice of time-warp wonder. It’s all big, studded wooden doors, gothic arches, dark wood-beamed ceilings and sky-scraping bookshelves holding centuries-old leather and vellum-bound books. The likes of Daniel Defoe, Karl Marx and Friedrich Engels used to read in there, and you’ll probably wish you had time to as well.
library.chethams.com 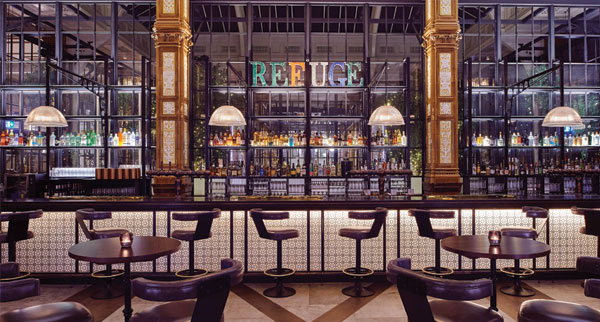 18.00: Spend the evening at the new Home complex, which has an art gallery housing temporary exhibitions downstairs, but also plays host to a cinema with a distinctly arthouse focus and a medium-sized theatre with a busy programme that neatly straddles the line between populist and challenging.
homemcr.org

Recently opened dining options nearby include large egalitarian brewpub Gasworks, which serves up burgers, ribs and wings to anchor its hoppy IPAs. Refuge by Volta, in the Principal Hotel, takes advantage of its majestic surroundings, and creates a buzzy vibe, with lots of inventive small plate dishes on the menu.
refugemcr.co.uk

10.00: If day one leant on culture, then day two is unashamedly sporty. And what better way to kick off than visiting one of Manchester’s footballing giants? Manchester City’s Etihad Stadium is the newer offering, and Viator can pre-book tours from £17, but for tradition and sheer spectacle, it’s hard to top a tour of Manchester United’s Old Trafford home. Attraction World offers adult tickets from £18 and a family four-person combo from £54. 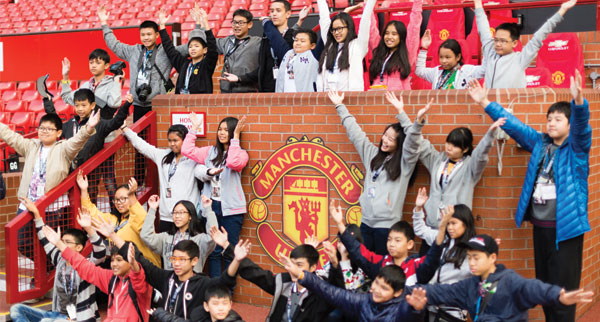 It’s a brilliant experience, even for non-fans who aren’t that excited by going into the press box, changing rooms and relentlessly self-glorifying museum. What’s fascinating is learning about the logistics that goes into hosting a Premier League match – the police cells and vast banks of CCTV cameras are eye-openers.
mancity.com/tours; manutd.com

12.30: Head back into the city centre, where the Arndale Market has a lot of great lunch options. La Bandera does Spanish street food, Viet Shack rolls out an excellent banh mi (Vietnamese sandwich) and Zorba’s specialises in Cypriot cuisine.

13.30: Keep going on the football theme inside the National Football Museum, which maintains a nice balance between nerdiness and kid-friendliness. The more museum-y bits use technology well to show footage of great FA Cup moments, bring up models of every English league club’s stadium and offer touchscreen quizzes that test your football knowledge.

But dotted among these are activities – you can have a go at a penalty shootout, test your goalkeeping reflexes and try your hand as a Match of the Day commentator.
nationalfootballmuseum.com 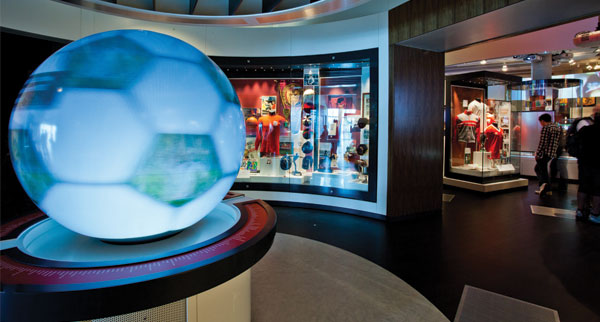 16.00: Take a wander through the Northern Quarter, Manchester’s spiritual home of all that is creative and independent. There are plenty of street-art murals to check out, plus a lot of the city’s most interesting shops. The high temple in this regard is Affleck’s Palace, a multi-floored cross between a market and department store that flits from gothware to jewellery and hippy bags.
afflecks.com

The Manchester Craft and Design Centre is also worth a look, offering 26 artist and craftsperson-run studio-shop hybrids.
craftanddesign.com

18.00: Let your sporty side take control again for a trip to the Junkyard Golf Club, which is doing the nigh-on impossible and making mini-golf cool again. Milkshakes, craft beers and hotdogs are served, DJs provide the soundtrack, and the courses are made from salvaged materials such as old hub caps and tyres – albeit with a few fibreglass cows and sheep thrown in. It’s popular, so advance booking (£7 per person) is recommended.
junkyardgolfclub.co.uk 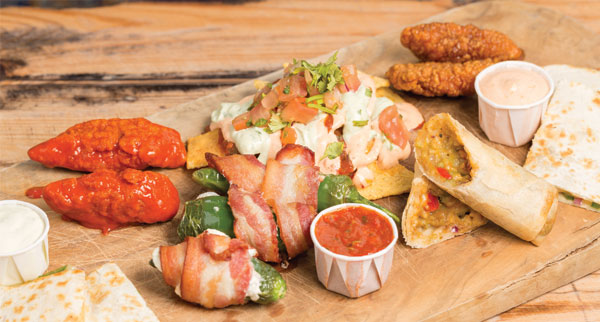 19.30: Retrace your steps back into the Northern Quarter for a bar crawl. If you’re up for craft beer, then 57 Thomas Street showcases the beers from star local brewery Marble, while Dusk Til Pawn on Stevenson Square is a sleek Prohibition-esque cocktail bar disguised as a pawn shop. For fuelling up, try Luck Lust Liquor & Burn, a US road trip-themed joint that serves tremendous ‘Rockefeller’ tacos with Cajun-dusted rump steak, spicy crispy shrimp and chorizo.
lucklustliquorburn.com

Super Break offers a two-night B&B stay at the four-star Manchester Marriott Victoria & Albert from £145 for a weekend in September, including dinner on the first night.
superbreak.com/agents

Grand UK Holidays offers a four-day New Year in Manchester break, from £379. The price includes a full-day excursion to Liverpool and a drive to Salford Quays.
grandukholidays.com

Save: Formerly a brewery and a jam factory, the Ainscow reopened in August 2014 as a contemporary hotel named in honour of legendary Manchester nightclub owner Carol Ainscow. There are nods to the cotton industry past in the bespoke cotton furnishings designed by a local company, while there’s art for sale on the walls. Doubles cost from £79.
theainscow.com

Spend: The Principal Hotel was formerly the Palace, and has retained its staggering grandeur while seriously sprucing things up inside. The red stone exteriors, the soaring clock tower centrepiece and the dazzlingly giant lobby dome remain, and it’s still enormous and maze-like inside. But the rooms have joined the 21st century with matching leather headboards and furniture, black and white photos of Manchester and sparkling new bathrooms. Doubles cost from £119 room-only.
phcompany.com/principal/manchester-hotel