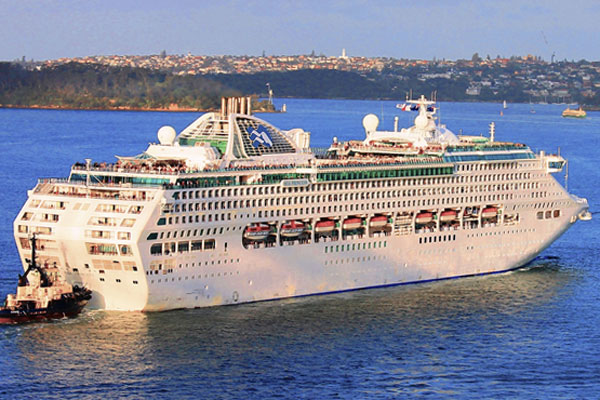 A Princess Cruises ship on a world cruise was forced to take drastic measures for 10 days while it faced the threat of an attack by pirates.

Reports say Sea Princess guests were subject to a dusk-till-dawn blackout, all deck parties and movies under the stars were cancelled  and outdoor bars and venues closed.

The vessel was carrying around 1,900 passengers across the Indian Ocean, the Arabian Sea and the Gulf of Aden to the Suez Canal.

The cruise line said the ship was not facing a specific threat  but the actions were taken as a cautionary measure.

“Any measures aboard Sea Princess were simply taken out of an abundance caution and not in response to a specific threat and are common to international shipping sailing in the region,” a spokesperson told the Daily Telegraph.

Reports say the captain of the ship told guests that the threat was real and that it must be prepared for a pirate attack.

As well as all curtains and shutters being closed and lights being turned off, the ship carried out a compulsory prirate drill.