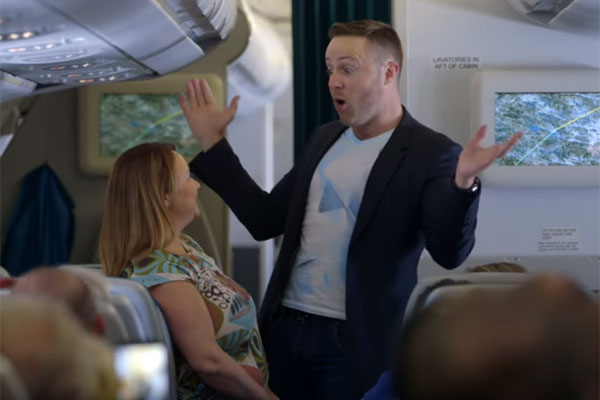 Guests on board saw a surprise show by magician and hypnotist Keith Barry who performed tricks at 30,000 feet.

Flight EI141 will operate as a three times weekly service year-round operated by an Airbus A330-200. Together with Orlando, Aer Lingus now flies daily to Florida direct from Dublin.

Growing its long-haul network is the key strategic focus for Aer Lingus as it expands its Dublin Airport base, which has US Customs and Border Protection service. It will be the first airport to offer transatlantic pre-clearance to Miami.

Declan Kearney, director of communications at Aer Lingus said: “We remain focused on growing our transatlantic offering which not only caters for our own Irish market but very much appeals to the UK and European markets given the recognised benefits of travelling via Dublin to North America.”