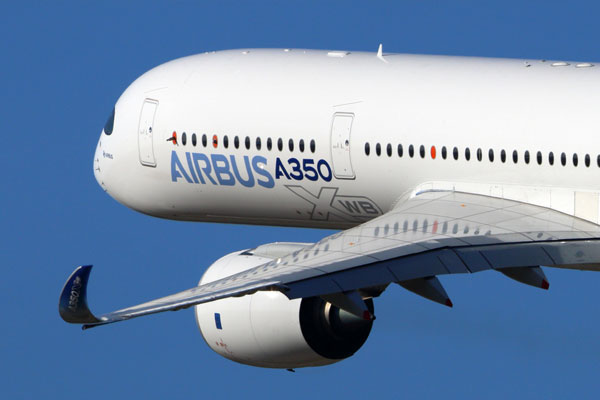 A new long-range Airbus A350 is being deployed on one of two Thai Airways daily services between Heathrow and Bangkok.

The new aircraft replaces a Boeing 777 used for the airline’s overnight service to the Thai capital and will work alongside an A380 superjumbo the airline has used for its daytime departure from Heathrow Terminal 2 since 2015.

The A350 carrying 321 passengers in two classes will enter service on the London route on September 18.

Four other A350s are also being introduced this year, bringing the total in service across the Thai Airways International fleet to seven by October 1.

The aircraft serving London will operate with 32 seats in Royal Silk business class and 289 in economy.

Seats in economy will be 18 inches wide, with wi-fi and smartphone connectivity and an 11-inch screen featuring films, games and music.

The airline’s UK and Ireland general manager Nonthakorn Trakulpa said: “The advanced air management system, precise temperature settings, lower air pressure and superior sound proofing that feature on this aircraft mean passengers will be kept as comfortable as possible during their flight.