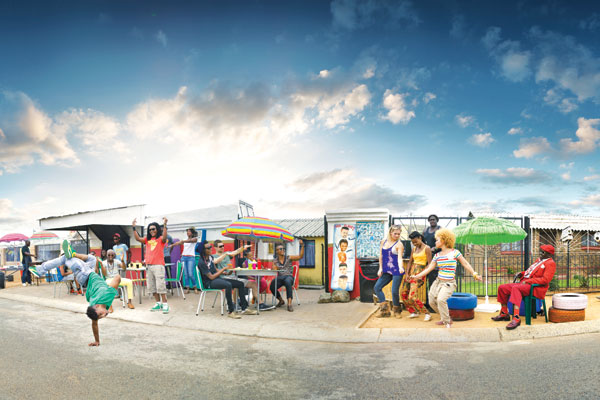 Johannesburg will never win any beauty contests, but it has a ferocious energy about it. It is also the economic powerhouse of the African continent, and the place where South Africa’s rainbow nation ideal is best seen.

It is indisputably an African city, whereas Cape Town can feel like a European one transported to Africa. Built on gold, in a most unlikely high-altitude location, it is in a state of permanent flux – as the newly buzzing inner-city Maboneng precinct exemplifies. This, of course, is what makes it such an exciting place to be.

It’s low on romance, high on lust – and you wouldn’t want it any other way.

Constitution Hill is where South Africa’s dark past meets its hopefully brighter future. On top of it are a cluster of former prisons, which are now kept open as museums. Walking around them provides gut punch after gut punch, as stories of horrific cruelty, rampant racial discrimination, violence and ill treatment are told through the voices of the people who experienced it. There are also displays about the two most famous former inmates – Mahatma Gandhi and Nelson Mandela.

But out of this bleak history, a symbol of hope has risen. South Africa’s Constitutional Court – the highest in the land, charged with upholding the principles that Mandela and co fought for – has been built there, incorporating bricks from the prisons. It’s an artwork in its own right and well worth looking around.

Further south – and the City Sightseeing Hop-on, Hop-off tour (about £10) is a good way to get there while learning about the city on the way – is the Apartheid Museum. This offers a dense, often inventively presented exploration of the Apartheid system and the efforts made to rid the country of it.

It’s easy to spend half a day in there, but save some time for the big-screen video presentation of the Truth and Reconciliation Commission hearings. These hearings, which took place after 1994 and offered amnesties to those prepared to give full co-operation and confessions, also acted as an opportunity for families of victims to tell their stories. Watching Archbishop Desmond Tutu imploring Winnie Mandela to say sorry for what her Mandela United FC thugs did to a young informant is viscerally moving, as are other testimonies. 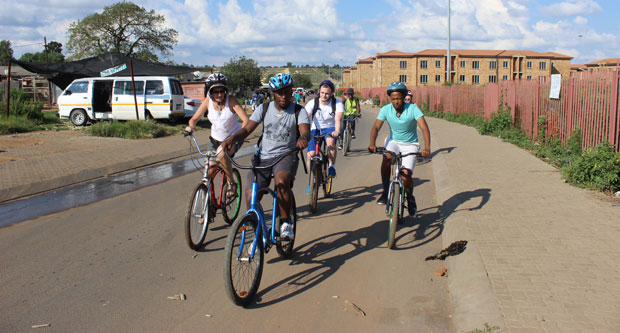 There may be a misapprehension that tours to Soweto are all about the past too. But they’re not. What shines through in the mass conglomeration of townships is how rapidly things are changing, as the black middle class has stayed on. Middle-class suburbs and restaurant strips are now as big a part of Soweto as Tutu’s and Mandela’s houses, the memorials to the 1976 uprising and the shebeen bars with home-brewed beer. Talking politics and football with the locals will likely prove the most memorable part of the trip.

Local operators such as Lebo’s Soweto Backpackers delve in further with bike and tuk-tuk tours, costing from £28 and £26 respectively, while Do Something Different offers a Cycle Soweto group tour with hotel pick-ups from £64 (£42 per child).
sowetobackpackers.com
dosomethingdifferent.com

Part of the reason Johannesburg can lack initial charm is that many hotels are in the affluent, security-conscious northern suburbs, where it’s all malls and gated-off housing. And there are some excellent places to stay, especially around Sandton, which has become South Africa’s business and financial hub.

The grandiose Renaissance-style Michelangelo Hotel is in prime position in Sandton’s Nelson Mandela Square restaurant and shopping complex. Rooms play to an Italianate royalty theme, bordering on the gaudy, while there’s a rather splendid indoor pool underneath a spectacular glass dome. Expect to pay from about £201 a night.

The Maslow offers a good combination of business and pleasure – there’s plenty of temptation to lounge on the sunbeds around the garden-style outdoor pool. There are also complimentary shuttles to the malls and Gautrain railway station, and an on-site spa, while the crisp, contemporary rooms cost from around £145.

If you don’t want to feel so detached, there are a few options in more lively areas such as student-heavy Melville and Braamfontein. The latter lines up opposite Constitution Hill and has undergone a bar and restaurant boom in recent years.

The Protea Hotel Parktonian All Suite Hotel is just on the edge of Braamfontein, and its major selling point is large – if not dazzlingly designer – suite-style rooms that come with balconies and separated living and sleeping areas. There’s also a fantastic rooftop terrace with superlative views over the city and a small pool. Doubles from around £75. 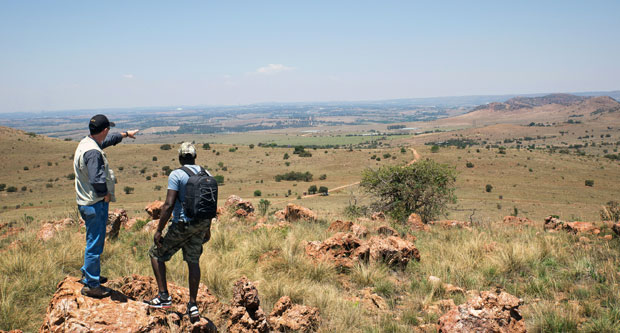 Johannesburg may not be the official capital of South Africa, but it is certainly the unofficial capital of southern Africa. Chances are that if you’re heading to anywhere in the region, you’ll end up changing planes at Joburg’s OR Tambo airport. In planning an itinerary, therefore, it makes sense to build in a couple of days in Johannesburg to break the journey. And that applies whether the main aim of the trip is high-end safaris in Botswana, action and adrenaline at Victoria Falls, desert adventures in Namibia or tapping into Mozambique’s up and-coming beach resorts.

But Jozi shouldn’t just be seen as a gateway to elsewhere on the continent. There are some world-class highlights within a few hours’ drive of the sprawling metropolis.

The Cradle of Humankind is about an hour’s drive west, and this is where some of the most important hominid fossils in the world have been found. The weirdly mound-shaped Maropeng visitor centre offers a brilliantly engaging exploration of how evolutionary history has led to human beings, while the nearby Sterkfontein Caves – where the Australopithecus africanus skull that sparked so much research was found – are open for tours. Combination tickets cost £11.

The Cradle is the perfect stop on the way to Sun City, the brilliantly ostentatious mega resort that’s perfect for a few days’ R&R. Among the gigantic pools, Valley of the Waves waterpark, globe spanning restaurants and top-drawer golf courses are several accommodation options. These range from the family-friendly, affordable Cabanas to the wildly OTT, unashamedly audacious Palace of the Lost City. This mahogany-drenched piece of fantasy architecture comes with giant carved elephants, phenomenal chandeliers and ultra-fine cotton sheets. Prices start at £107 for the Cabanas and £241 for the Lost City, with other options in between. 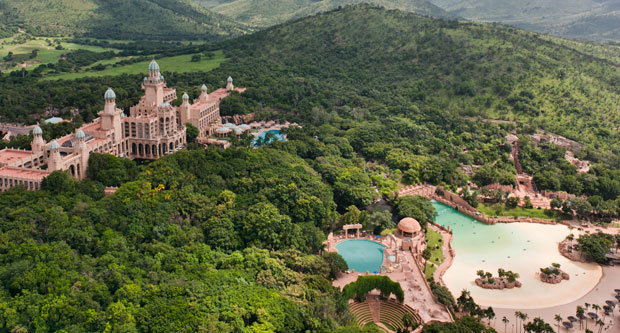 Sun City’s other massive selling point is its proximity to the Pilanesberg National Park, an ideal game reserve for safari beginners, and one that’s well suited to self-driving in search of the big five. It’s roughly the size of Singapore, malaria-free and is well-mapped and signposted. Those nervy about having their hire car sat on by an elephant can build game drives into their Sun City package.

South Africa’s iconic wildlife destination, however, is in the other direction. The Kruger National Park covers 7,750 square miles of diverse landscapes, and nigh-on unbeatable animal spotting. There are several lodges in and around the Kruger – some surprisingly affordable, some blow-out luxury – and it’s a classic part of a wider South African itinerary.

There are also some specialist tour opportunities. On The Go Tours, for example, sells a four-day Kruger Walking Safari from £665 for travel before the end of 2017, where the wildlife viewing in the morning is on foot and in the afternoon by vehicle. This safari includes mid-range accommodation and transfers from Johannesburg.