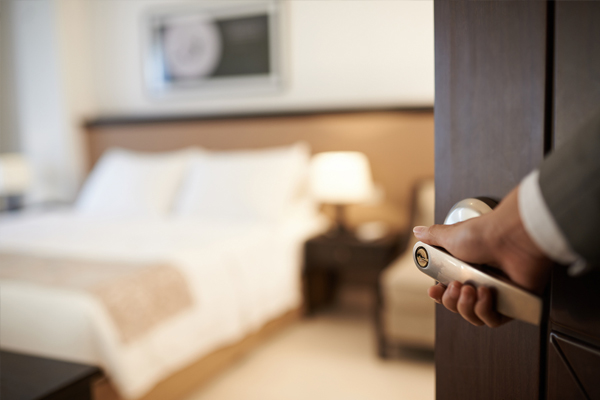 Growth in the UK hotel sector buoyed by the slump in the value of the pound will slow down next year due to a deceleration in the economy.

There will also be a the wearing off of the weak pound effect on inbound tourism and a large increase in new hotel rooms, according to a report published today by accountancy firm PwC.

Data from consultancy AM:PM, shows that a further 19,000 rooms are to be added across the UK in 2018, including 7,000 in London. Other cities with large pipelines of rooms include Manchester, Belfast, Glasgow, Edinburgh, Liverpool and Bath.

PwC’s latest UK hotels forecast shows a positive outlook for London with year-on-year occupancy growth of 2.3% forecast for this year with a further marginal increase of 0.2% in 2018, taking occupancy up two percentage points to 83%.

PwC head of hospitality and leisure research Liz Hall said: “The weak pound has encouraged record numbers of international leisure tourists to visit London in 2017 and our analysis shows many other cities have also benefitted.

“The terror attacks in London and Manchester appear to have had limited impact on visitor numbers, meaning hotels have performed strongly so far this year.”

But she added: “The weak pound doesn’t appear to have boosted international corporate travel to the UK, perhaps reflecting corporate uncertainty around Brexit.

“Next year, hotels are facing a number of challenges which could restrain growth, if supply decreases.

“While the pound is bringing leisure tourists in, it is also creating a harsher environment for hoteliers as they have to contend with rising costs and squeezed margins with the weak pound pushing up the cost of imported goods.

“There are also labour issues. The Brexit vote has prompted some workers from EU countries to leave their jobs and some hotels are struggling to fill these vacancies and facing higher costs when they do so.”

Looking at the UK regions, Hall said: “We expect the hotel sector outside London to continue growing in 2018, albeit at a slightly slower pace than 2017 driven by a combination of factors, such as the weak pound effect and the conferences and meetings market.

“Staycations may also help trading but we seem wedded to our overseas holidays too, despite the weak pound abroad.

“Occupancy rates remain a crucial benchmark for profitability for the hotel sector. Regional occupancies have climbed back into the 70s since 2011 and have been creeping up since then to reach historic highs. Looking to 2018 we expect ADR to drive further growth in revpar.”