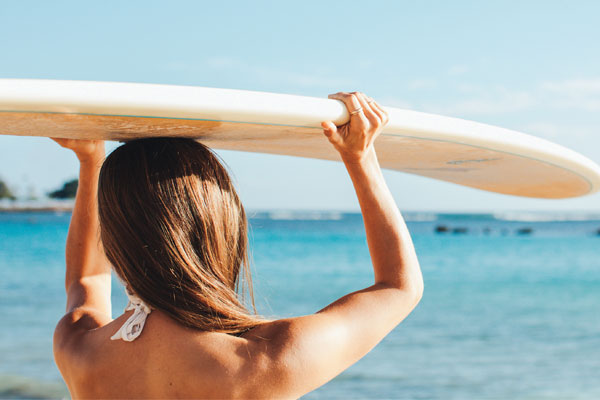 It’s hard to think of a reason why you wouldn’t want to visit Hawaii, finds Jo Cooke.

You can’t help but be impressed by Hawaii’s vital statistics: active volcanoes, beach chic and cultural heritage all in one spot.

Scenes for Jurassic Park were shot in the jungly outback, the white sands are adorned with buff surfer dudes like the ones you would see on TV’s Hawaii Five-O, and the islands’ women dance the graceful hula, a religious ritual dating back to ancient times, at luau party nights held throughout the islands. Add top-notch hotels and one-of-a-kind activities and it’s easy to justify Hawaii’s significant price tag.

That all becomes apparent when you see the islands up close, so in the company of a bunch of agents, flying with United Airlines via Los Angeles to Hilo, I set off to find out what sets this Pacific archipelago apart. 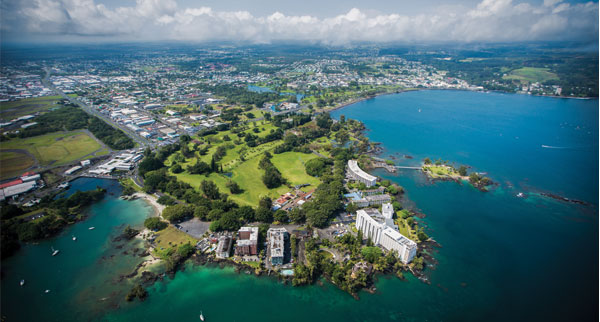 See: Hawaii is also known as the Big Island, since it’s both the largest in the archipelago, and because the collective name for the islands is Hawaii, too, so it helps avoid confusion. Hilo lies on the northeast coast where almost daily doses of rain ensure the rainforest thrives. You can hike through the lush greenery, visit black-sand beaches and marvel at lava flows.

We did all of the above, then at nightfall headed back to Hawaii Volcanoes National Park to see Kilauea put on her show. Said to be the most active volcano on the planet, and the residence of Pele, the goddess of fire, Kilauea regularly spits red molten lava from her crater into the sky.

Driving to the other side of the island and the Kona Coast, we discovered a totally different landscape – arid and with sun-kissed beaches, perfect for some rest and relaxation after all our activity.

Stay: Our first night was spent at the Hilo Hawaiian, a 286-room property overlooking Hilo Bay and close to the pint-sized and appealing downtown Hilo. The hotel staff are super, but the interiors are in need of an update. Next door, the refurbished 388-room Grand Naniloa, a DoubleTree by Hilton, has art deco-inspired decor and is light and airy.

Over in Kona we stayed first at the whopping, 62-acre, 1,243-room Hilton Waikoloa Village, where trams and boats transport you between golf, swimming pools, the beach, tennis courts, restaurants and dolphin lagoon.

Then we moved to the Polynesian-themed Royal Kona Resort with 436 rooms. It’s in Kailua-Kona, the historic village and resort centre with its parade of pretty shops and pavement cafes. With ocean access and views of the bay, Royal Kona is a very pleasant property, even if the bathrooms could do with some TLC.

Sell: It’s worth reminding clients that Hawaii is not just off the Cali coast, it’s a six-hour flight away. “Break up the journey on the way home with a stay in LA or San Francisco,” suggests Jorden Whiffin from Travel Planners. “People just want to get there on the way out, while going home can be the worst part of a holiday because it’s nearly over, but instead they can see something different.” 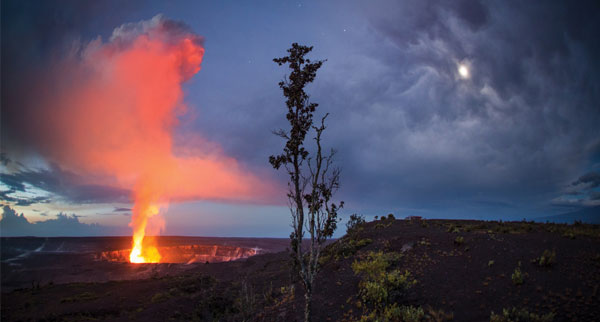 See: Maui is hypnotically beautiful, with a jungly interior, undulating coastline and beaches of golden sand. Resorts face the ocean and are set in extensive gardens, offering tranquillity, luxury, or both.

To get a better view of the island, take a helicopter tour with Maverick. It was one of the highlights of our trip, hovering over clifftops then swooping inland seeking out waterfalls, before landing to stretch our legs amid otherwise inaccessible greenery. The Hana Rainforest Experience costs $249, and offers commission to agents.

Diving and whale watching are also big here, as is stargazing from the summit of Haleakala. Perhaps the most unusual experience you can sign up for, though, is a Wa’a or outrigger canoe trip. Half the group took to the water paddling one of these traditional vessels, while the rest of us outran them in kayaks!

“Maui is hypnotically beautiful, with a jungly interior, undulating coastline and beaches of golden sand.”

Stay: Staying at the 780-room Grand Wailea, a Waldorf Astoria Resort, was a real treat. Set in the south of the island, it’s luxurious and romantic, with elaborate water features and the grounds beautifully lit at night, so it’s ideal for honeymooners. There are also 70 swanky villas that caught the attention of Jessica Soper from Bon Voyage. “The villas have the wow factor,” she says. “I want my clients to feel like VIPs and that they are apart from other guests, and these are really special.”

For clients who prefer a more informal property with a local feel, there’s the lovely 418-room Kaanapali Beach Hotel on the west coast that occupies a great slice of sand. 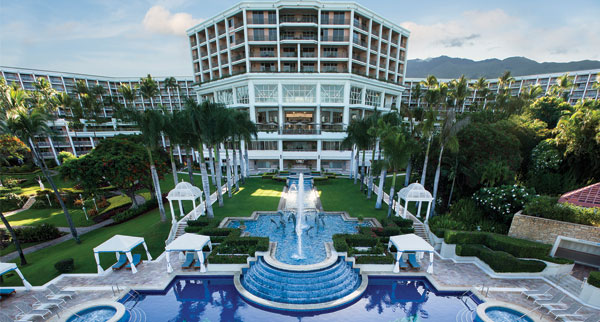 Sell: “Everywhere we went, the hotels welcomed us to get in touch directly after booking to discuss reservations, so you know clients are in good hands and their requests noted,” says Dave Sandwell of Charter Travel. “It all adds up to Hawaii being exceptional for honeymooners. It offers luxury and they can create such good memories because of the diversity of things they can experience together in one trip.”

Making a multi-island itinerary will also help to give it a sense of occasion, according to Matt Mitchell of Travelbag. He says: “This is often a once-in-a-lifetime trip so it’s vital you get them to see as much as possible. I recommend a week on the Big Island, then a week on Maui or Oahu depending on the client.”

See: Oahu was our final stop, and what a grand finale. Honolulu, the capital of Hawaii, has a downtown area with a carnival-like atmosphere, and it’s awash with shopping opportunities.

Pearl Harbor is also on the south coast and a short drive from Honolulu. Exhibitions recount the catastrophic surprise attack of 1941, and a ferry takes visitors to the USS Arizona memorial that floats above the sunken warship, one of many lost that day.

Drive over to the north coast and you’ll find low-key beaches, dramatic landscape and the chance to get stuck in to an array of outdoor pursuits. 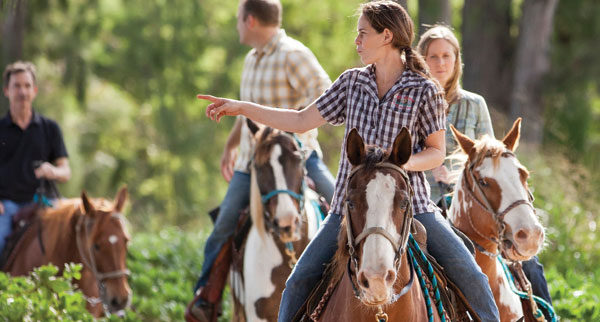 Stay: A prized spot on the north coast is occupied by the 470-room Turtle Bay Resort. It’s made for those who want to cram in a range of excursions in the shortest time possible. You can horse ride, mountain bike, paddle board, surf, hike and play golf within the establishment’s 850 acres, which includes five miles of oceanfront.

On Waikiki Beach, you can give clients classic or contemporary. The 521 rooms at the Royal Hawaiian Resort, or ‘Pink Palace’ are vintage styled, and this 1920s hotel occupies 15 acres, making it a tranquil oasis at the heart of the action. For those who prefer state-of-the-art, the 1,230-room Hyatt Regency Waikiki has spacious rooms with lanai (balconies), a bunch of top-notch restaurants, a shopping mall and a rooftop pool deck.

A little further from the seafront, the Surf Jack is a great low-bucks option, with 112 rooms in a funky beach theme.

“Turtle Bay Resort is made for those who want to cram in a range of excursions in the shortest time possible.” 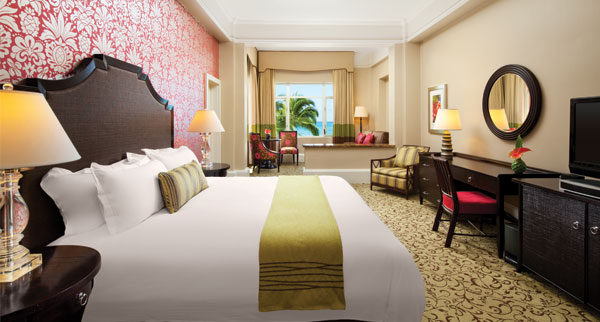 Sell: Sahil Patel of Lotus Travel says: “I suggest making Honolulu clients’ first point of call as almost everyone wants to see Waikiki Beach, plus the connections from the mainland are easier, with United, Delta, BA and Virgin connecting with partner airlines so you can construct it on one ticket.’

And if clients need any more persuasion, heed the words of Clio Nicholls, from Hayes & Jarvis, who asks: “If you’re holidaying on the US west coast anyway, why not just keep going?”

Hayes & Jarvis  has 10 nights in Hawaii from £2,099 (a saving of up to £196), including three nights’ room-only at the Millennium Biltmore Hotel in Los Angeles, and seven nights at Turtle Bay in Hawaii. The price includes a Pearl Harbor excursion,  internal flights and return flights from Heathrow with United Airlines, departing November 27.
hayesandjarvis.co.uk