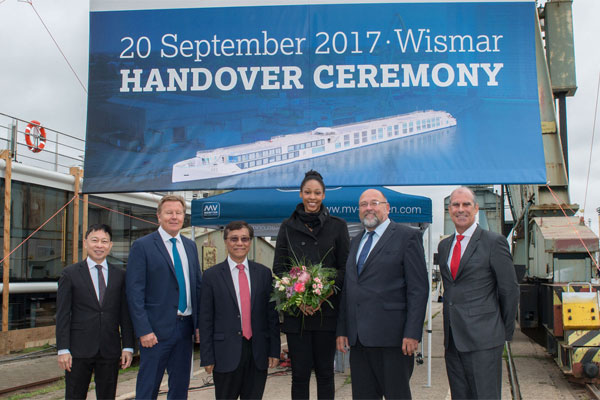 The second of four ‘Rhine Class’ river ships to join the Crystal River Cruises fleet has been handed over to the luxury line.

The 106 all-suite, all-balcony Crystal Mahler was received by Crystal’s new president and chief executive Tom Wolber, at a ceremony at the MV Werften shipyard in Germany.

Two additional Rhine Class ships, Crystal Debussy and Crystal Ravel, are due to be added to the fleet next year.

Wolber, who took over from former boss Edie Rodriguez last week, said: “Like her sister ships, Crystal Mahler surpasses all previously established standards of luxury in the river cruising industry, with Crystal’s signature service and attention to detail that our guests have long expected.

“The innovative design of these ships and industry-leading features and amenities are truly impressive, and the world’s most selective travellers are taking notice.”

MV Werften chief executive Jarmo Laakso added: “A new milestone has been reached with the handing over of Crystal Mahler to Crystal River Cruises as half of the Rhine Class river cruisers have now been delivered.”

The vessel was christened by godmother Lauren Barfield, a US volleyball star.