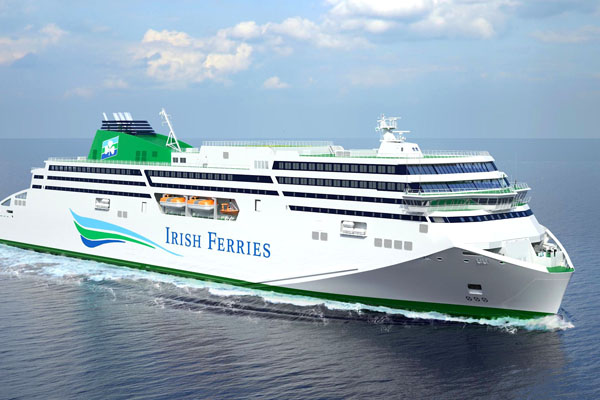 Irish Ferries has named its 1,885-passenger vessel after renowned Irish 20th century poet W. B. Yeats after a public vote.

Nearly 100,000 people entered the competition to name the ship, which will serve routes between Ireland, UK and France from next summer.

The decision continues the tradition adopted by the company of selecting names drawn from the world of Irish literature.

An Irish Ferries spokesman said: “It was clear from the poll there is a widespread public affection for W. B. Yeats due in the main to the magnificence of his writings and his contribution to Irish society, theatre and the arts generally.”

When built, the W. B. Yeats will have space for 1,200 cars and 440 cabins including luxury suites with their own private balconies.