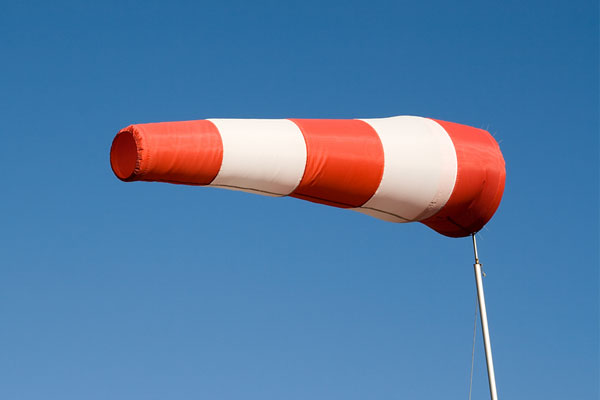 Ex-hurricane Ophelia has forced the cancellation of dozens of flights to and from Ireland and Northern Ireland today.

High winds forecast for most of the island of Ireland has led to Ryanair grounding 45 flights covering airports including Cork, Knock, Shannon and Kerry.

A number of the budget carrier’s flights to and from Glasgow have also been affected. A “small number” of British Airways flights at Heathrow have been cancelled.

“Due to strong winds forecast for Monday and Tuesday, we are giving customers travelling to or from Dublin or Belfast on Monday the option to move their travel dates,” the airline said.

“Customers travelling to or from Aberdeen, Edinburgh, Glasgow, Leeds-Bradford, Manchester or Newcastle on Tuesday can also opt to change their travel dates.

“We expect at times that the winds may be too strong to safely operate loading and unloading vehicles at some UK airports, so some flights are likely to experience delays.

“We are refunding or rebooking any affected customers onto alternative flights so they can continue their journeys as soon as possible.”

Aer Lingus said: “While we are planning to operate the majority of our schedule we have had to cancel a number of flights as a result of the anticipated operating conditions. We continue to monitor the situation closely.

“We ask guests planning to travel on Aer Lingus services tomorrow to check the status of their flight before departing for the airport.”

At least six Irish Ferries crossings between Dublin and Holyhead were cancelled and a seventh from the Irish capital at 8.55pm tonight was in doubt.

Stena Line advised passenger due to travel on Irish Sea routes to check the status of their sailing due to weather conditions as a result of the storm.

Scottish airline Loganair has offered free flight changes to customers who face weather disruption on some of its west coast routes.

Managing director Jonathan Hinkles said: “Weather forecasts indicate that high winds and rain will impact the west of Scotland from Monday afternoon through to Tuesday lunchtime.

“The possibility of weather disruption to our flights is increased, and we’re therefore offering customers booked to travel on certain routes on Monday and Tuesday the opportunity to voluntarily re-arrange their travel without charge.”

Flybe has cancelled 47 flights today, primarily affecting routes servinging Belfast City, Dublin, Knock and the Isle of Man Due to the impact of storm Ophelia and the adverse weather conditions around the UK.