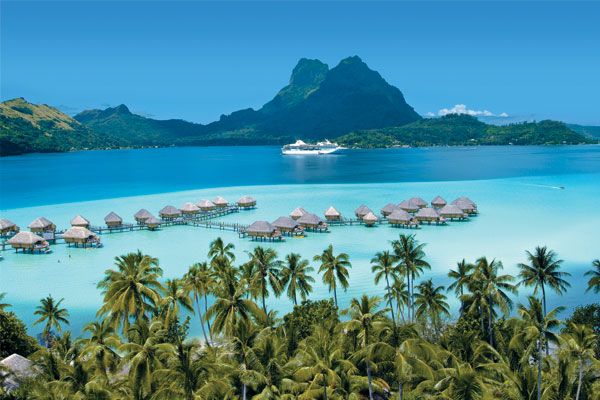 Get closer to the lush green landscapes of the South Pacific with an island cruise, says Jane Archer.

Who would not love to cruise the South Pacific? Lazy days on deck sailing from one idyllic beach-fringed island to another, snorkelling and scuba diving in search of colourful coral and exotic fish. Cruise holidays don’t get much more heavenly.

The snag is, whichever way you look at it, it will require a long flight from the UK. Sydney is about 22 hours from London, while Papeete in Tahiti is around 25 hours from London if flying via Los Angeles – and that excludes the transfer time in LA. One way to avoid flying is to sail across the South Pacific on a world cruise from the UK, which is a pleasant but not very time efficient way to get there.

The Pacific is the largest ocean in the world – bigger than all of earth’s land area combined. The South Pacific is one half of that, stretching from the west coast of South America to Australia, and bounded north and south by the equator and Antarctica. In short, there are vast distances between the islands.

French Polynesia – one of France’s overseas territories – is made up of five groups of islands that stretch over an area of 1,608sq miles. The capital, Tahiti, is in the Society Islands (an archipelago that includes Bora Bora and Moorea) but it also includes the Tuamotu and Marquesas islands.

New Caledonia, two days by sea from Sydney and five days from the Society Islands, is also a French overseas territory. Its capital, Nouméa, and the Isle of Pines are popular stops for swimming, snorkelling, wine-tasting and kayaking.

Fiji, a collection of 330 islands a two-day sail from New Caledonia, is another cruise favourite. Ships mostly call at Suva and Lautoka on the island of Viti Levu and Savusavu on Vanua Levu, where passengers can visit traditional villages, hot springs, mud pools and oyster beds.

“Paul Gauguin has a shallow draft so it can sail inside the coral reefs that encircle each of the Society Islands.”

Cruises visit Mystery Island in Vanuatu, which, according to one explanation, got its name because it was used as an airstrip by the allies in the Second World War and was so hidden away the Japanese never knew where the planes had come from. They also visit the Cook Islands and Samoa, both halfway between Hawaii and New Zealand, and Tonga, which is southeast of Samoa. 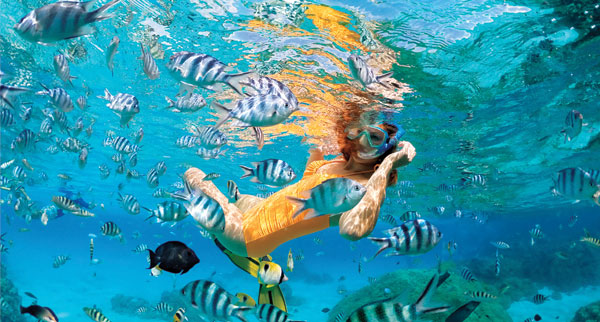 Cunard, Fred Olsen Cruise Lines and P&O Cruises sail the South Pacific on their round-the-world voyages from the UK, but even if clients only do a sector of the cruise they’ll be away from home for a month or so.

For instance, P&O Cruises’ Arcadia will spend a week visiting Samoa, Fiji, Vanuatu and New Caledonia in February 2019, but it’s part of a 47-night sector of a round-the-world cruise departing the UK in January 2019.

Unless clients actually want to cruise around the world, an inter-island voyage from Papeete in Tahiti with Paul Gauguin Cruises or Windstar Cruises makes more sense.

Paul Gauguin’s 332-passenger ship, also called Paul Gauguin, was built in France specifically to cruise in the South Pacific. As a result it has a shallow draft (just under 17ft) so it can sail inside the coral reefs that encircle each of the Society Islands. It also has an aft marina from which passengers set out on scuba diving and snorkelling safaris. These are guided by onboard dive instructors and dive masters.

The ship has a kids’ club during school holidays and most sailings are joined by New Zealand anthropologist Mark Eddowes, who lectures about the islands’ history and heritage, and leads a hike in Moorea to see the remains of ancient Polynesian marae (temples). For those who want to see more inland, there are jeep tours on most islands.

Paul Gauguin’s core cruise visits the Society Islands of Huahine, Taha’a, Bora Bora and Moorea. From £4,787 including return flights from LA to Papeete departing June 23, 2018. Scuba dives cost from $109 for two hours (certified divers only), while snorkels, kayaks and other water sports equipment is free to borrow.

The cruise line also has voyages that combine the Society Islands with Tahiti Iti (Little Tahiti), the Cook Islands, the Tuoamotus and Marquesas, while new in 2019, there are 13 and 12-night voyages to Fiji and back. These depart September 7 and 21 and visit Savusavu, Suva, Lautoka and Beqa Island. From £5,824 including return flights from LA to Papeete, all drinks on board, gratuities and speciality dining.

Windstar Cruises offers one-week voyages around the Society Islands from Papeete on the 148-passenger sailing ship Wind Spirit, and longer itineraries that pair the Society Islands with the Tuamotu Islands. From $4,399 cruise-only for seven nights departing June 14, 2018. 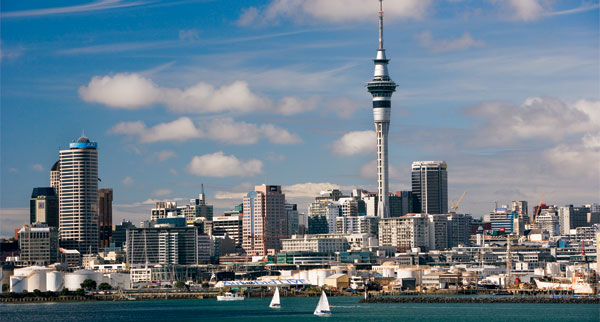 Clients can also add a South Pacific cruise to a longer trip to Australia or New Zealand. Options include 12 and 14-night voyages from Sydney to Fiji with Princess Cruises in September 2018 and January and March 2019, priced from £1,258 cruise-only.

Royal Caribbean International has 10, 11 and 12-night South Pacific cruises from Sydney between October and December 2018,
from £752 cruise-only.

Seabourn has 16-night cruises to New Caledonia and Fiji from Auckland in January and February 2019. Celebrity Cruises also has a voyage from Auckland. The 13-night cruise departs in March 2019 and visits Fiji and Tonga. From £2,315 cruise-only.