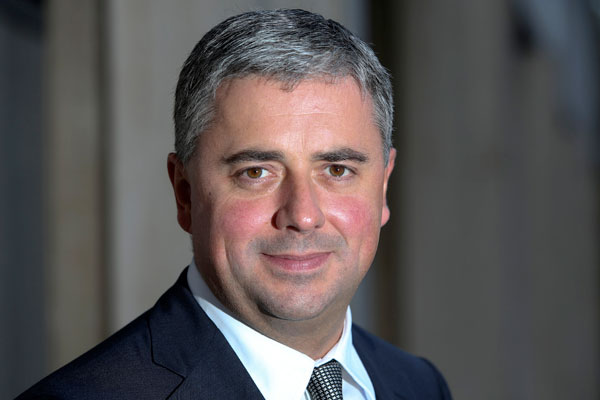 Gatwick is ready to provide a second runway to resolve the airport “capacity crunch” in south east England.

The message came from chief executive Stewart Wingate, who claimed the case for building a third runway at rival Heathrow had been undermined by new government aviation forecasts.

Speaking for the first time since the publication of the government’s revised draft Airports National Policy Statement (NPS), he said: “This new information based on updated forecasts – all published by the government itself and not by Gatwick – effectively turns the Airports Commission work on its head. They completely undermine the basis of the case for expanding Heathrow.

“The judgement has always been that Heathrow’s superior economic case, when compared to Gatwick, outweighed the obvious environmental downsides of the Heathrow project and the many risks around delivery.

“This new consultation now acknowledges in black and white that expanding Gatwick is better for both the economy and the environment.”

Wingate added:  “At the same time the updated forecasts for Gatwick are already out of date as they predict that Gatwick will be at 45 million passengers in 2030 when we actually reached that milestone earlier this year.”

He told the Airport Operators Association annual conference: “Everyone here recognises that aviation will be even more important to Britain in this next chapter for our country. The new data shows we urgently need at least one new runway in the south east to secure our global connectivity.

“We will continue to examine the new information, but Gatwick is thriving and can offer even more for passengers and the wider economy.

“As we approach this capacity crunch Gatwick continues to stand ready to deliver a privately financed second runway to help Britain prosper.”

Wingate was commenting in the wake of new Department for Transport reports on the impact of airport expansion in the south east published last week.

The government has already endorsed the Airports Commission’s 2015 recommendation for a third runway at Heathrow, with transport secretary Chris Grayling insisting that the case for expanding the west London hub was as strong as ever.

However, Wingate said: “Of course, like every other airport, we are looking for the NPS and the aviation strategy to deliver on surface access to airports, to safeguard the land and sky for growth, to prioritise sustainability and the passenger experience, to improve our borders, and importantly to modernise our airspace.

“But most of all, we are looking for the NPS and the aviation strategy to provide a pathway for sustainable growth at Gatwick.”

Gatwick is on the verge of serving 46 million passengers and is the world’s busiest single runway airport, with ore than 2 new long-haul routes added over the past 12 months, taking the total up to 60 destinations.

Fresh round of consultation on Heathrow expansion starts