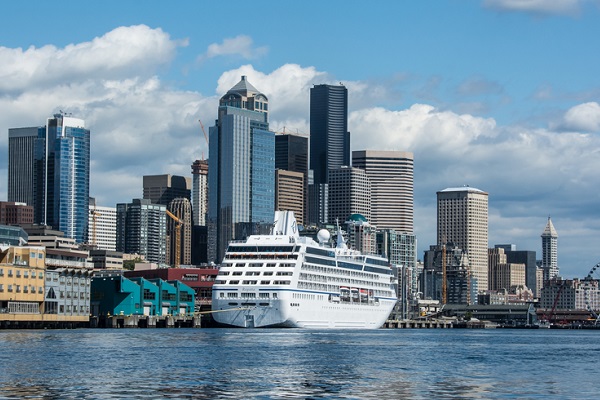 Visit Seattle is urging UK agents to tap into the growth of Alaskan cruises and double them up with pre and post stays in the city.

The American port city is a major departure point for Alaskan cruises and was championing the new direct Thomas Cook Airlines flight from Manchester, which begins in May.

Increased capacity from the UK has helped Seattle-Tacoma move from the 16th busiest US airport to the ninth.

“Travel agents are hugely important to the cruise industry,” said Patti Denny, international tourism development manager for Port of Seattle, which manages the city’s airport and sea port and is partner to tourism authority Visit Seattle.

“We know from research that cruise is the number one product that people want to talk to somebody about. In the vast majority of cases, that’s a travel agent.”

Seattle will be one of the legs on the Brand USA megafam in 2018 and has plans to host Trailfinders and Thomas Cook agents.

With the UK one of Seattle’s four biggest non-US source markets for cruise alongside Canada, Australia and New Zealand (which are paired) and Mexico, the city is hosting webinars and sending e-blasts to UK agents, and will be attending roadshows across the UK in the next year.

“The UK is very important to us,” added Denny. “And the cruise market is growing year-on-year out of Seattle.”

In fact, the number of cruisers departing Seattle topped a million for the first time in 2017 after growing every year since 2009.

But the message to UK agents is convincing their customers to stay in Seattle as well, for more than just a pre-cruise night. It’s partnering with companies such as Iglu and Planet Cruise to create cruise-and-stay packages.

Denny added: “The city is thriving and has a lot to offer for a two or three-night stay before or after the cruise. It’s also a long way for UK travellers to go, so they should make the most of their stay.”

This is already the trend among its US cruisers from outside of the state of Washington, 65% of whom average between two or three nights in Seattle before or after a cruise holiday.