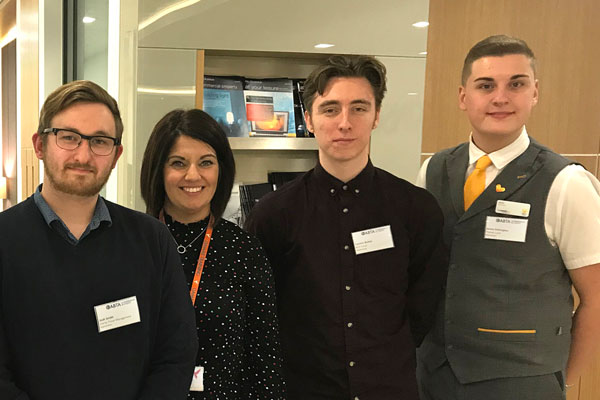 Employers in the travel sector who are paying the new apprenticeships levy were told now is the time to start thinking about how they are going to spend their funding.

In April, firms with annual payrolls above £3 million started paying a levy equating to 0.5% of their salary bill. This goes into a fund that employers can draw from to run apprenticeship schemes.

Firms have two years to spend the money available to them before it can be claimed by the government for general spending.

“Our advice is still do not panic, but if you are an employer you are now at the stage where you should be starting to think about it. Time is going by quite quickly,” she said.

Allmark said a survey of levy‑paying employers in the UK visitor economy sector, including travel and hospitality, found nearly half did not fully understand the levy.

“We still have some work to do here,” Allmark said.

However, 58% said they were confident that they will see a positive return on investment from the levy, but two-thirds said they had no means in place to assess this.

“Even large organisations are finding it quite difficult getting their head round how to do this,” Allmark said.

The survey found 40% of businesses have moved on to new apprenticeship standards established by companies for their sectors including one for leisure and corporate travel agents.

“Employers are getting used to the new system but they need to make sure they have all the tools and support to make sure it works in practice,” said Allmark.

‘We can be really proud of the sector’s apprenticeship standard’

The travel retail sector has an industry standard for apprentices that it can be proud of and delegates were encouraged to take on apprentices.

Nicky Duffy, UK operations manager at corporate travel agent Clarity Travel and a member of the Travel Apprenticeship Board, said the decision was taken to have a single travel retail standard because people move around the industry.

“It makes sense to have transferable skills,” she said.

“We need young people; they may have low skill but they have massively high will.

“We’ve got a standard we can be really, really proud of.”

Duffy said all companies need to look at the types of employees they need and to mould their apprenticeship strategy around that.

Danielle Grant, HR manager at Royal Caribbean Cruises, said the operator wants to use the levy funds to address talent requirements for existing staff as well as new entrants.

“We want to get this right, to make sure the right investment is being put back into the organisation,” she said.

“We see true benefits of having young talent and other talent take us where we want to go.”
James Williams, employment partner at Hill Dickinson, said under the new regime apprentices have full-time employee status.

He said there are no obligations in law beyond the training period but he warned firms against taking on apprentices just to use up the levy allowance or as cheap labour.

“As a matter of good practice you should be going in with the idea that this is something that will endure beyond the apprenticeship,” he said.

Hill Dickinson is looking into whether firms can claw back some of their costs if apprentices leave, but said incentives to retain staff might be a better option.