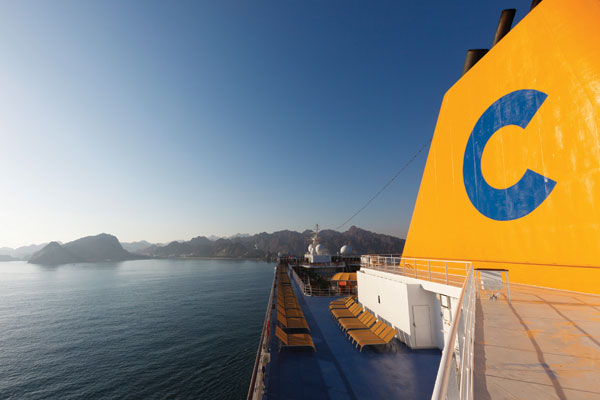 A passenger was ejected from a cruise ship in the Indian Ocean for staging a “mutiny” after the captain cancelled two island stops and gave passengers €150 in compensation to spend on board.

Alain Jan, a 53-year old French chef who boarded the Costa neoRiviera with his wife at the French islands of la Reunion on October 26, claimed it turned into a “floating prison”.

Trouble started two days into the voyage when the captain announced that three stops around Madagascar were cancelled due to a plague epidemic on the island, the Telegraph reported.

Madagascar is experiencing an outbreak of bubonic and pneumoic plague that the World Health Organisation has said is a serious risk to the wider Indian Ocean region.

More than 1,000 people in the country are infected and more than 100 have died.

“We said OK, it’s for health reasons and anyway there were two other excursions left in Nosy Be and Diego Suarez,” he told Le Parisien.

But the next day, passengers learned that these other two stops were cancelled, and the ship would not be going to Mauritius either.

Tempers then flared when they were informed that they would receive €150 to spend on board by way of recompense.

“Things started heating up – €150 when a major part of the trip is cancelled and a drink on board costs €5,” he said.

When Jan failed to receive an adequate response from the crew, he started a petition.

“That evening, we organised a protest in the restaurant. There were 60 of us banging our fists on the table to alert other cruise passengers to this con job,” he said.

When the captain refused to change course, mutinous passengers staged a second protest in a theatre as the ship was nearing the Seychelles.

The captain rang the local police chief who came on board.

“He listened to both our version of events and I asked to speak to the French ambassador,” said Jan. “Then the policeman asked the captain if he wanted to disembark anyone and he pointed to me.”

Jan and his wife were escorted off the vessel.

“I spent two nights in a hotel in the Seychelles with my wife, then were flown home paid for by Costa. That’s how I was freed from the floating prison,” he told Le Parisien.

Once back in his home island of Reunion, he went to meet the remaining passengers as they disembarked, many, he alleged, complained of being “treated like cattle” and “ripped off”.

He and others alleged that Costa Cruises had known of plague cases for months but deliberately hid the itinerary changes from passengers beforehand.

“The company made every effort to maintain the stop-offs on Madagascar, looking into all the alternatives,” the line said in a statement.

While it understood the “disappointment of passengers eager awaiting all the stops on the Costa neoRiviera’s itinerary,” it said that “security, health and wellbeing of passengers and crew are absolute priority”.

The line added that health authorities on Mauritius had expressed “serious concern” about the situation in Madagascar, effectively demanding the ship be quarantined to ensure it had no sick passengers.

“Given the delays that would have created, and even longer ones if there were any suspect cases on board, and considering that passengers were already on board, the company was forced to restrict its trip to the Seychelles and Reunion,” said the statement.