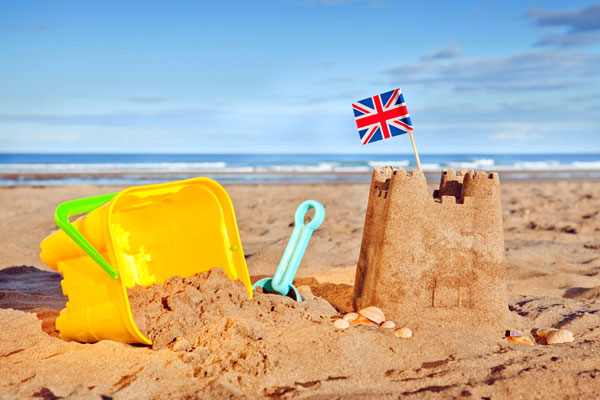 A cut in tourism VAT and a commitment to replace EU investment funds worth hundreds of millions pounds are among 37 recommendations made by a group of MPs to help UK coastal communities.

Members of the All Party Parliamentary Group for the Visitor Economy also called on governmental bodies and tourism promotion authorities to challenge perceptions of the coast as old-fashioned, closed in winter and difficult to get to.

The group, headed by Conservative Cornwall MP Steve Double, received 59 submissions, including those from Butlin’s and Merlin Entertainments.

Reducing tourism VAT to 5% was considered an essential step forward by many of the 59 respondents, encouraging people to holiday at home and lengthening the season – just over a third of all trips to the coast take place in the months of July and August.

The tourism VAT of 20% in the UK is double the average rate in the European Union.

Successful coastal strategies were highlighted, such as a public/private partnership between Blackpool Council and Merlin Entertainments to revive the Blackpool Tower area as part of eight attractions, including the ballroom that will be used this weekend’s edition of TV’s Strictly Come Dancing.

But government funding for coastal areas – the £170 million Coastal Communities Fund – was criticised for short-termism and focusing on small individual projects.

Longer funding application rounds for the CCF and the creation of Coastal Enterprise Zones was recommended, particularly as many coastal areas may soon lose their European funding.

The European funding is only guaranteed until 2020, and will have been worth £590 million to Cornwall and the Isles of Scilly since 2014, and £8.4 billion to the whole of the UK.

Double, MP for St Austell and Newquay, said: “The British coastline is a national asset with great potential and with the right investment, can drive regeneration, economic growth and job creation.

“As an MP that represents a coastal community in Cornwall I urge the government to give serious consideration to the recommendations in this report.

Together we can turn the tide and bring a smile back to all parts of the British coast.”

The chief executive of the secretariat to the APPG for the Visitor Economy, British Hospitality Association chief Ufi Ibrahim, said: “The UK’s 6,000km of coastline is home to some of our best loved resorts and attractions and equally some of our most deprived towns.

“Hospitality and tourism is a key industry in these areas, contributing £17 billion to our national economy.

“It is essential that government carry out the recommendations in this report to help them flourish by elongating the season, changing perceptions of seaside towns for the next generation of tourists, encouraging private/public partnerships and dealing with the negative repercussions of second home ownership.”

• Increase funding for infrastructure, including road/rail links and broadband.

• Better scheduling of repairs and railway engineering works in coastal areas to avoid times, like weekends, when people may want to visit

• Reduce tourism VAT on visitor accommodation and attractions to 5%

• Develop a national skills council for the visitor economy

• Partnerships with private companies such as Google

• Target the CCF to fund projects that extend the season

• Increase the out of season offer through festivals, green tourism, wildlife promotion, activity holidays and conferences.