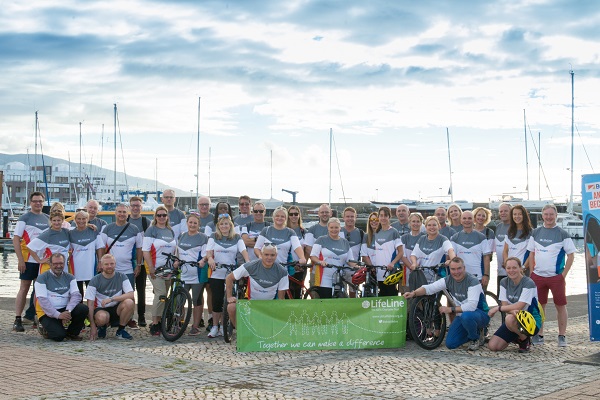 Avis Budget Group has raised £2,000 for Abta LifeLine through a charity bike ride it hosted at the association’s annual Travel Conference.

Delegates took to two wheels to journey around the Azores for the charity fund, which has been set up to help members’ employees in times of personal crisis.

Around 40 travel industry professionals took part in the charity ride, cycling along the scenic south coast from Ponta Delgada to Populo Beach the day before the conference, which was attended by around 500 travel industry delegates.

Avis Budget Group, which launched to the trade for the first time through its new booking portal Beep earlier this year, also donated a Jaguar F-Type long weekend rental to a charity auction held at the conference, which contributed to the funds raised from the charity bike ride.

In total £17,000 was raised for the charity at the conference through an auction, raffle and football match.