Look past the skyscraper-filled skyline to see the hidden sides of Hong Kong, says Meera Dattani.

Hong Kong is to city lovers what a quadruple-chocolate muffin is to chocolate lovers. Towering skyscrapers, glitzy malls, mega apartment blocks, elevated walkways and a seemingly unstoppable pace give new meaning to the words ‘hustle and bustle’.

On China’s southeastern coast, it consists of Hong Kong Island, Kowloon and the New Territories, including more than 200 islands.

The annual event calendar is heaving – Chinese New Year, the Dragon Boat Carnival and Hong Kong Rugby Sevens tournament to name a few – and there are dozens of museums and attractions.

But as with any city, one of the greatest pleasures lies in exploring the neighbourhoods – escaping the crowds, stumbling upon street art, hopping on double-decker Ding Ding trams that have been trundling the streets since 1904, watching traditional sampan boats criss-crossing the harbour, and absorbing centuries-old culture.

What to do: Taking people across the harbour since 1888, the Star Ferry is a must, while sunset and nightly fireworks attract many to Kowloon’s Tsim Sha Tsui waterfront, home to the Hong Kong Cultural Centre, Space Museum and Harbour City Mall. A stroll north along Nathan Road provides a close-up of Hong Kong life, especially by night when the shops, bars and restaurants are packed.

Where to stay: Hong Kong’s grande dame The Peninsula, facing Victoria Harbour, is a paragon of understated luxury, with excellent restaurants, a legendary breakfast spread and an ornate lobby. One block along is the renovated Salisbury YMCA, with smart rooms and a habour-view breakfast room. The InterContinental and Ritz-Carlton remain top choices, as does Shangri-La’s latest development in the city – the waterfront Kerry Hotel and rooftop bar. 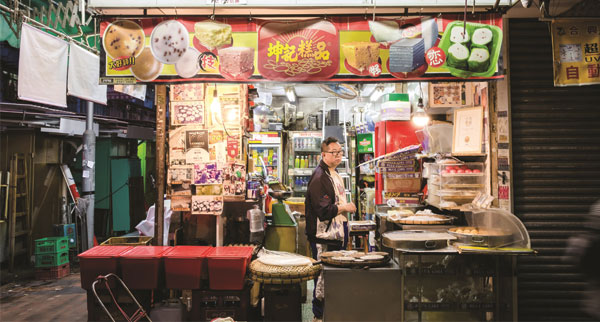 Why go: Further north are some of Hong Kong’s most atmospheric areas, around Jordan, Diamond Hill, Yau Ma Tei and Mong Kok, where Chinese and Hong Kong culture is ever-present in the parks, bars, restaurants and markets.

What to do: Hit Ladies Market, Temple Street Night Market and Jade Market for bargain clothes, music and flowers, or Sham Sui Po’s flea market and Cheung Sha Wan Road’s clothes stalls. Urban Adventures’ tour Around Kowloon in Eight Markets is excellent, with stops at Chinese tea shops and the Bird Market, which explains the city’s fascination with caged birds.

Why go: Modern Hong Kong, home to the Bank of China tower and other soaring structures, is no less traditional. Alongside high-rises, malls, rooftop bars and trendy restaurants are ancient temples and markets, while the Mid-Levels escalators ferry people up and down the hilly cityscape. 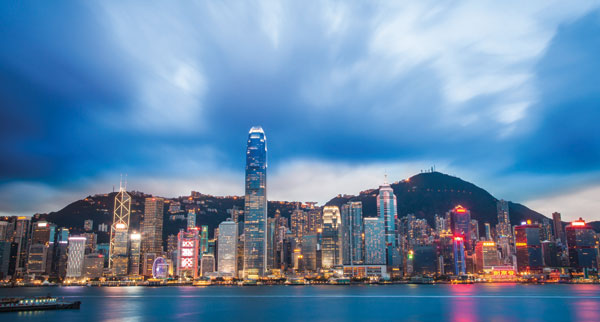 What to do: Head to The Peak, the highest point in town, with views across the harbour and New Territories. Getting there is half the adventure, on a trolley tram at almost-vertical angles. Central is excellent for shopping, especially along Queens Road and at malls such as City Plaza and The Landmark. Around Sheung Wan is the new district of Old Town Central (the tourist office has a walking tour booklet), home to Man Mo Temple, quiet gardens and Chinese medicine stores alongside cool new cafes, vintage shops and street murals. PMQ, former Police Married Quarters, is home to pop-up studios, shops and cafes. By night, the bars and restaurants around Lan Kwai Fong are packed, while Chinese junk boats such as the Aqua Luna offer day cruises.

Where to stay: The luxurious Mandarin Oriental, with its Michelin-starred restaurants, has been a landmark since 1963. Other picks include Four Seasons and The Pottinger. Opening imminently is The Murray, which dates from 1969 and has been reimagined by architect Sir Norman Foster.

Why go: East of Central lie the neighbourhoods of Admiralty, Wan Chai, Causeway Bay and Happy Valley – not classically picturesque, but this is modern Hong Kong life in full swing.

“Hong Kong is more than skyscrapers – islands such as Lantau, Lamma, Cheung Chau and Peng Chau have their charms.”

What to do: Packed with places to eat, drink and shop, around Times Square for example, these are prime spots for aimless wanderings. In Wan Chai, find interesting architecture such as the glass pyramid-topped Central Plaza, while Victoria Park in Causeway Bay provides welcome greenery. Happy Valley is synonymous with the racecourse of the same name, which hosts meetings on Wednesday evenings.

What to do: Repulse Bay and tranquil Deep Water Bay and South Bay are perfect for relaxing. Stanley Village’s winding streets and market are a must, while Aberdeen’s old boatyards make a good stop. At Wong Chuk Hang (aka Staunton Creek), art galleries flourish in industrial spaces, while South Island Cultural District is gaining repute for its fashion stores, cafes and bars. For something more active, Time magazine described the Dragon’s Back as the ‘best urban hike in Asia’.

Where to stay: Le Meridien Cyberport, set around Telegraph Bay, is one of the few five-star options in the ‘digital city’ of Cyberport (a waterfront mall). 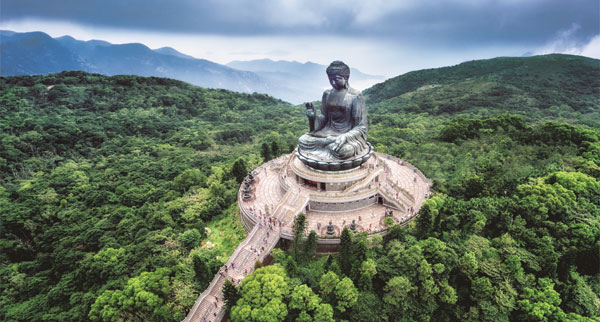 Why go: Hong Kong is more than the sum of its skyscrapers – islands such as Lantau, Lamma, Cheung Chau and Peng Chau have their charms.

What to do: Lantau’s giant Buddha attracts many a daytripper, as does Hong Kong Disneyland, while Ngong Ping cable car offers lovely views at sunset. It’s worth visiting Tai O fishing village and Cheung Sha Beach too. Lamma’s coastal villages are home to stilted houses and wetland habitats. Visit Cheung Chau for its temples and ‘Mini Great Wall’ coastal route, and Peng Chau for pure respite.

Where to stay: On Lantau, it’s hard to beat Tai O Heritage Hotel, formerly Tai O police station, and a nine-room hotel since 2012 with rooftop restaurant. Auberge Discovery Bay has a lovely spa and waterside restaurant, while the new Disney Explorers Lodge is set to be a family favourite.

Why go: Sometimes it’s good to get away. Here you’ll find rural Hong Kong, a land of historic villages, temples, fields and a mountainous backdrop.

What to do: Many head to Sha Tin for the 10,000 Buddhas Monastery, one of Hong Kong’s most famous temples, with golden Buddhas lining the stairway, and about 13,000 Buddhas inside the monastery. Hong Kong Heritage Museum is known for its Bruce Lee exhibition, while Hong Kong Unesco Global Geopark offers great hiking amid its rocky terrain.

Wendy Wu Tours has a three-night escorted tour, Hong Kong in Focus, from £420. The trip features accommodation at Dorsett Wan Chai in Causeway Bay, and includes visits to The Peak, Stanley Market and a cable-car ride over Lantau.
wendywutours.co.uk

Gullivers Sports Travel, Europe’s only official travel agent for the Cathay Pacific HSBC Hong Kong Sevens, offers packages from £749 for three nights, including accommodation, a three-day match ticket and entry to the opening or closing ceremony. Flights are extra.
gulliverstravel.co.uk