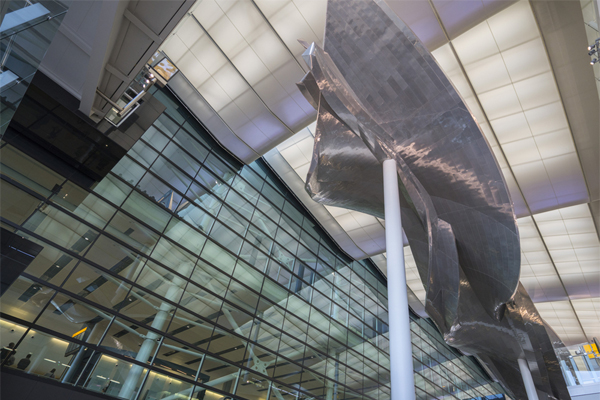 Heathrow expects profits to rise by more than 4% next year to £1.83 billion on the back of improved passenger growth.

The projection came today in an investor report published by the airport.

It expects adjusted earnings [editda] to grow from £1.75 billion this year based on an expected increase in passenger numbers from 77.7 million to 78.8 million in 2018.

The west London hub upgraded its forecast for financial performance for the year ending December 31 from a previously anticipated £1.73 billion and 76.7 million passengers.

The upgrade for this year was based on more passengers as well as an “excellent” retail performance.

“Outperformance against expectations has continued in the same areas since this forecast was produced, meaning there is scope for further upgrades to Heathrow’s 2017 financial performance,” the airport said.

Details of the first phase of public planning consultation on a third runway at Heathrow were unveiled today.

The ten-week consultation into airport’s expansion plans will start on January 17 and run until March 28.

The consultation will enable local residents to view the latest proposals and options in detail and provide feedback on them.

These include options for the design of the expanded airport facilities, the reconfiguration of the M25, changes to local roads and rivers and use of nearby land for construction and other uses.

“Delivering expansion affordably is a key priority for Heathrow and the consultation will also include how this can be achieved by phasing the construction of new terminal infrastructure at the airport,” Heathrow said.

“By incrementally increasing infrastructure to align more closely with passenger growth, Heathrow is increasingly confident that expansion can be delivered, while keeping airport charges close to current levels – ultimately resulting in more affordable fares for passengers.”

The two-stage consultation will cover infrastructure design options for an expanded Heathrow and its approach to managing and reducing the impact on the environment and community.

The second will focus on “future design principles” for airspace around Heathrow.

Heathrow executive director expansion Emma Gilthorpe said: “Expanding Heathrow is pivotal to Britain’s future prosperity and it’s a chance to make the airport a better neighbour for our local communities.

“Over the past year, we’ve been working hard to evolve our expansion plans and have come up with several new options to deliver it more responsibly and affordably.

“Next January, we’ll be sharing these options in a ten-week public planning consultation and we want to hear what you think.

“By working together throughout the consultation, the public can help shape our plans and, jointly, we can ensure that expansion delivers for our passengers, businesses across Britain and importantly for our local communities.”