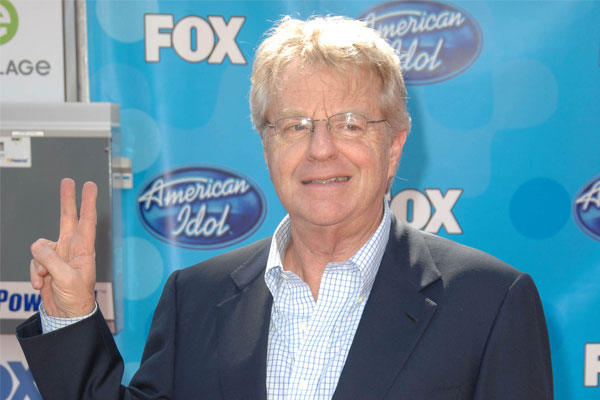 American TV presenter Jerry Springer has been announced as the keynote speaker at Advantage Travel Partnership’s 2018 conference in Miami.

Springer hosted his eponymous chat show, the Jerry Springer Show, for 27 years and his career has so far also included time as a lawyer, the mayor of Cincinnati, a newscaster, author, Broadway actor, executive producer and ballroom dancer.

“We are utterly thrilled that Jerry Springer will be our keynote speaker at our 2018 conference in Miami,” said Julia Lo Bue-Said, managing director, Advantage Travel Partnership.

“Our conference theme focuses on building a story and how to effectively communicate this narrative with audiences, and Jerry’s career and experience is a perfect example of how best to achieve this. His exuberant personality adds an exciting dimension to the conference and will give our members a new perspective.”

The consortium’s annual conference for its member agents in both business and leisure travel will take place between May 10 and 13.

It will look at its members’ people and our customers, under the theme: ‘The Next Chapter… Miami Advice’.

Leisure and business travel programmes will run side-by-side operating plenary sessions, keynote speakers, workshops and networking opportunities will all adhere to the theme as well as acknowledging the challenges.

Keynote speaker Springer’s family emigrated to New York when he was five years old. He signed on with the Kennedy campaign in the 1960s which he has said was the catalyst that sprung him into the political world, where he helped reduce the voting age in Ohio, and later the entire United States, from 21 to 18.

In 1982, move into television as the anchor and managing editor of WLWT, before the Jerry Springer Show started in 1991.

He has taken part in ABC’s Dancing with the Stars and acted in theatre shows in London’s West End and New York’s Broadway including the musical Chicago. Jerry Springer: The Opera, premiered in London and won a Laurence Olivier Award.