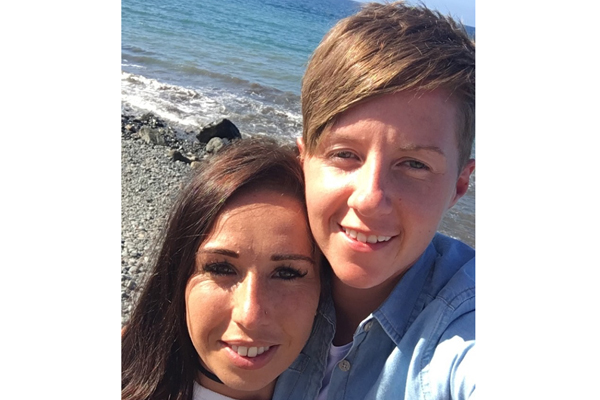 A murder investigation has been launched after an incident at a Tui branch in Southport on Merseyside.

Tui confirmed a female member of staff assistant manager Cassie Hayes had been involved in the incident. She later died in hospital.

A number of police cars and ambulances were called to the scene in Chapel Street at 1.25pm after reports that a 28-year-old had been injured. Police described the incident as “domestic-related”.

A statement said: “Merseyside Police can confirm a murder investigation has been launched following an incident in Southport today, Saturday 13th January.

“Officers were contacted at 1.25pm following reports that a 28-year-old woman had been injured at the TUI travel agents on Chapel Street.

“The woman was taken to hospital where she subsequently died from her injuries. The woman’s next of kin have been informed.

“A 30 year-old man from the Southport area has been arrested on suspicion of murder and is currently being held in custody.

“It is believed that the incident was domestic-related.”

In a statement, Tui said: “We regret to confirm that a female member of staff at our Southport TUI retail store tragically died in an incident today.

“We send our deepest sympathies to the friends and family of the staff member involved. We’re doing everything possible to assist the local police with their investigation and support our customers and staff at this difficult time.”

Tui has confirmed that the agent who died in an incident at its branch in Southport, Liverpool, where she worked, on Saturday, was assistant manager Cassie Hayes.

Hayes joined Tui in 2005 and began working at the Southport store in 2008, she was appointed assistant manager in 2015 having always worked in the retail team during her time at the company.

A statement issued by the group read: “It is with great sadness that we can confirm Cassie Hayes from our Southport TUI retail store tragically died in an incident yesterday, Saturday 13 January. We send our deepest sympathies to her friends and family.

We’re doing everything possible to assist the local police with their investigation and support our staff and customers at this difficult time.”

A former manager of the Southport branch confirmed Hayes had been in his team between 2013-2014.

Michael Richards, who now works for dosomethingdifferent.com, described her as “amazing”, and said: “I was lucky enough to have been Cassie’s manager at Thomson Southport between 2013-2014. She made me laugh, cry and enjoy going to work everyday and be in her company. She is one of life’s good ones.”

A fundraising page was set up on Saturday night by agent forum, Travel Gossip.

Head of Travel Gossip, Bruce Martin, told Travel Weekly that he had been in Southport visiting his family on Saturday and seen helicopters landing in the town.

He checked to see what had happened, and learned about the tragedy.

Martin said: “As head of Travel Gossip I felt that I had a responsibility to do something. But I was really conscious of trying to do the right thing so I asked what people thought of a fundraising page and received a huge amount of positive feedback.

“I appreciate that a fundraising page isn’t going to reverse this terrible tragedy but it does give travel people the opportunity to make a small positive difference.

“I hope that our combined efforts can help a little at this sad time.”

Anyone wishing to donate should go to this page

Martin gave credit to Trevor Davis of 3For for coming up with the #agentsunited hashtag and encouraging him to act. 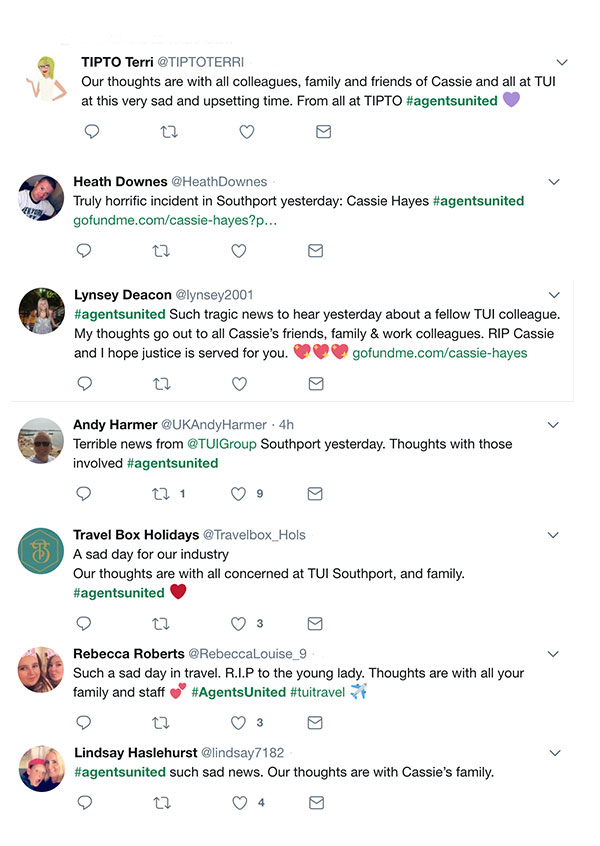