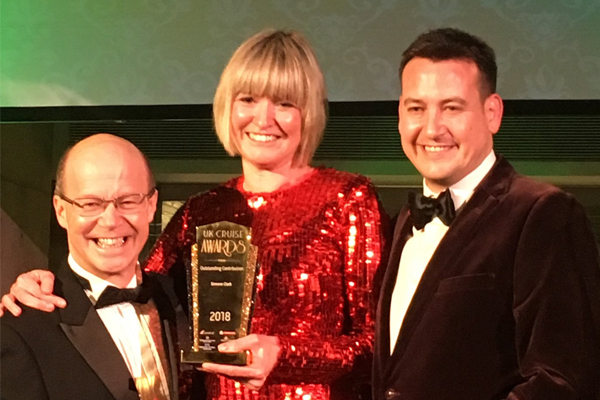 More than 250 agents joined sales teams from the cruise lines at Royal Exchange in the City of London.

Claire Brighton, senior commercial manager at Advantage Travel Partnership, received a shining star award for her support and dedication to all six Carnival brands over the past year.

The award was given as a tribute to former P&O Cruises senior business manager Trevor Dupont, who retired in 2017 after 39 years with the business.

“We are very proud that tonight sees the collaboration of all our UK brands to celebrate and recognise the success of our incredible travel partners. We look forward to continued growth and success in 2018.”

The awards were co-hosted by presenters Mark Durden-Smith and Princess Cruises ambassador and Philip Schofield.