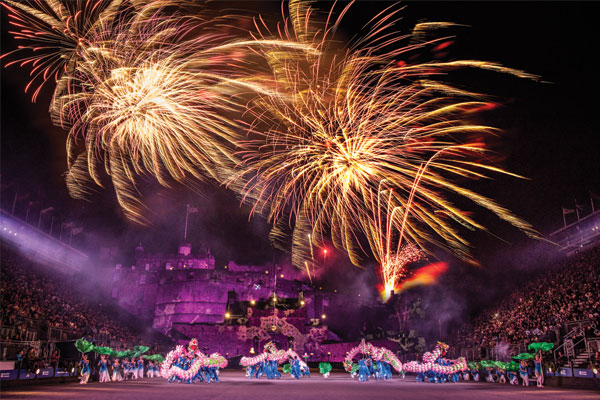 Tomato fights, midnight marathons, military parades and beer-drinking extravaganzas; when it comes to festivities, Europe has some corkers.

We’ve selected 10 of the best to help sell short breaks to everyone from hip young party lovers to classical music connoisseurs. 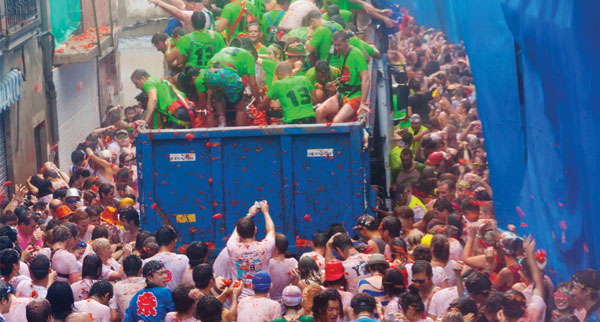 Where? Near Valencia, Spain

Why? More than 100 tons of tomatoes are thrown each year at what is the world’s biggest food fight. The streets of Bunol are coloured bright red on the last Wednesday in August as soon as one brave soul climbs the pole in the town centre to reach a ham, thus kicking off the festivities. Owing its origins to a food fight that kicked off in the town in 1945, it attracted up to 50,000 visitors until a few years ago, but is now a ticketed event with numbers capped at 20,000. Most visitors choose to kip in nearby Valencia, about 25 miles away, where pre and post-festival parties draw in youngsters after a Spanish getaway with a difference.

Book it: G Adventures offers its18-to-Thirtysomethings four-day trip from £299 including hostel accommodation in Valencia, an orientation walk in the city, entry to the festival and transport, departing August 27.
gadventures.co.uk 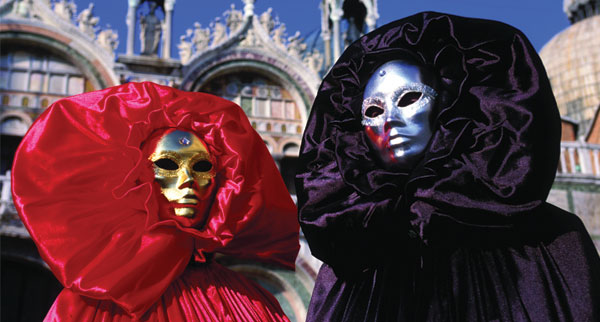 Why? Venice wouldn’t be Venice without its legendary masquerades, and nowhere are these glitzy affairs more prominent than during the 11-day carnival leading up to Shrove Tuesday. Said to date back to the 12th century, this historic festival – banned in the 18th century and not reintroduced officially until 1970 – combines the iconic Feast of the Venetians with music, dancing, processions, street shows, costume competitions and colourful boat parades on the Grand Canal, alongside the iconic Flight of the Angel, when a costumed figure zips along a rope from San Marco bell tower down into the square. 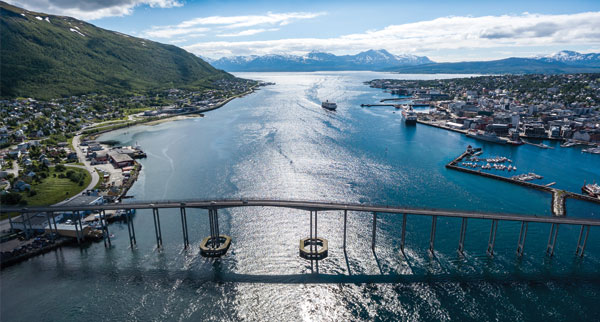 Why? There are sports events, and then there’s this – the northernmost marathon in the world, taking place during the polar night nearly 250 miles north of the Arctic Circle in the Norwegian city of Tromso. Thousands of runners from far and wide come to experience the never-setting sun against a backdrop of snow-capped mountains and crystal-clear waters, with half, 10K and mini-marathons organised for those less keen on the full whammy. Families can also get involved thanks to a special children’s run, and when the fitness fun’s over there’s plenty more to do in the region, from kayaking, cycling and fishing to wildlife safaris and fjord cruises.

Book it: Osprey Holidays offers a three-night break during the Midnight Sun Marathon staying B&B at the four-star Clarion Hotel The Edge, with Norwegian flights from London via Oslo, departing June 15. Prices start from £789.
ospreyholidays.com 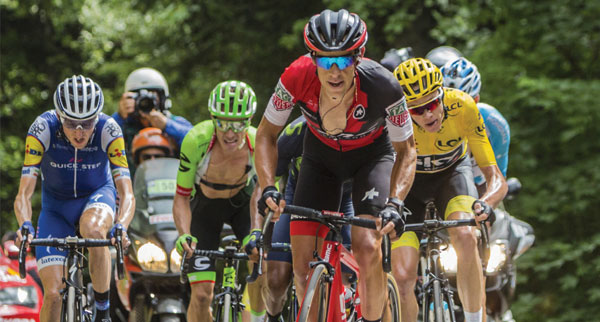 Why? For cycling enthusiasts, nothing quite beats the Tour de France, and there’s something quite enthralling about witnessing the 200-or-so participants finish at the Champs Elysees after their three-week, 2,200-mile race. Visitors can expect plenty of buzz as the 105th race comes to its end this year with the usual caravan of floats and celebrations – book early as hotel availability gets tight. Shearings Holidays and Leger Holidays will both be offering tours timed to coincide with the finale, worth suggesting to those wanting to combine sports time with Parisian explorations.

Book it: Shearings offers a Paris and the Tour de France Finale trip from £274, departing from various pick-up points around the UK on July 27. The price includes three nights at the three-star Ibis Styles Paris Bercy Hotel, a guided city tour and a full day at the event.
shearingsagent.com 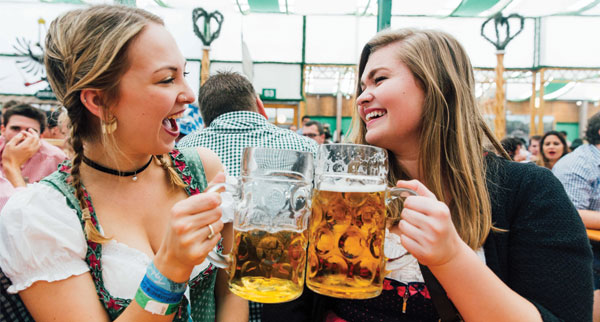 When? September 22 to October 7

Why? The world’s biggest beer festival sees more than six million litres of the stuff served every year alongside mounds of bratwurst, pretzels, pork schnitzel and other Bavarian delicacies in the Theresienwiese area in Munich. Traditional costumes, parades, live music and a giant funfair fill the streets, marking a festival that first began as a wedding celebration in 1810. Contiki, Topdeck Travel and Busabout all offer tours – with the last throwing in an optional day trip to the fairytale-like Neuschwanstein Castle – making a good option for solo travellers wanting to join a group with walking tours and tips from guides in the know. 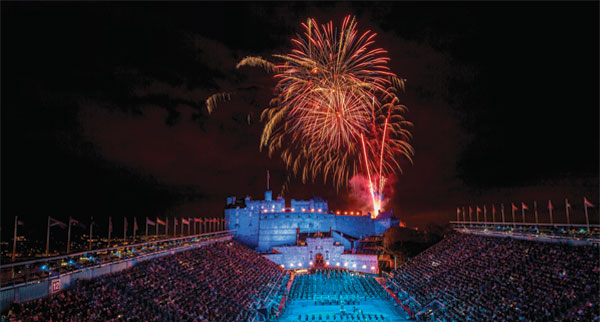 Why? Drummers, singers, dancers, pipe players and other military performers from across the globe come together in their droves in this annual, family-friendly extravaganza, set against the rather magical Edinburgh Castle and luring an audience of more than 200,000. This year the RAF, which will be ringing in its centenary, is leading the celebrations with 24 performances themed around everything from the history of manned flight to human potential under the title ‘The Sky’s the Limit’, ending with the annual, moving tune of the Lone Piper on the castle ramparts.

“It’s an amazing spectacle and enjoying it live is incomparable, with the pipes and drums of the Scottish regiments resonating from the castle’s elevated setting,” says Julian Appleyard, commercial director at Great Rail Journeys. Suggest the operator’s five-day tour for clients wanting to combine it with a journey on the West Highland Line, a cruise on Loch Linnhe and a visit to Glasgow. Alternatively, for those wanting to base themselves in the city on a shorter trip, look to Super Break, which offers a three-day package focused on the event.

Book it: Two nights’ B&B at the three-star Old Waverley Hotel with Super Break costs from £340 based on a departure on August 10 and including a ticket to the event on Saturday, August 11.
superbreak.com/agents 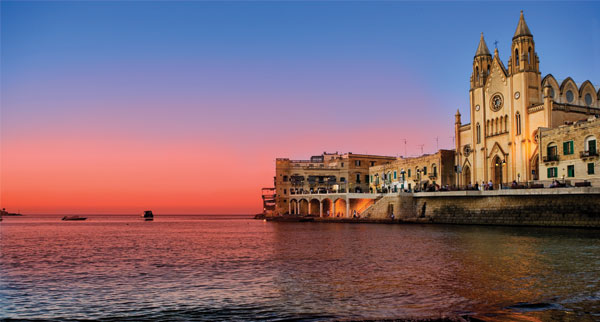 Why? The opulent, walled city of Valletta is a music lover’s dream year-round with a host of events taking place among its baroque palaces and ancient ramparts, and with its European Capital of Culture status this year, there’s never been a better time to visit. Suggest fans of the classical type head there in April for the annual Malta International Music Festival. Hosted in collaboration with the Malta Philharmonic Orchestra, it features a series of concerts from globally acclaimed musicians and opera singers held in a historic, 16th-century building overlooking the Grand Harbour. A string of art exhibitions, festivals and other events will be taking place throughout the rest of the year, so use the 2018 status as a hook to sell the city described by Unesco as “one of the most concentrated historic areas in the world.”

Book it: Jet2holidays offers four nights’ B&B at the Grand Hotel Excelsior, Valletta from £499 based on two sharing, including flights departing from Stansted on April 21 with transfers.
trade.jet2holidays.com 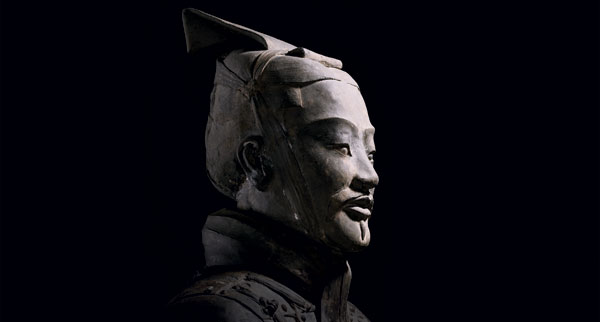 When? February 9 to October 28

Why? Buried underground for more than 2,000 years to guard the tomb of China’s first emperor, the rows upon rows of terracotta warriors, built to depict his armies, are one of the most mysterious and impressive sights in the world. Now visitors can get a glimpse of them without having to fly to Xi’an thanks to a special exhibition being held at the World Museum in Liverpool. Displaying nearly 200 excavated artefacts never before shown in the UK, it promises to shed light on the China of more than two millennia ago while exploring the emperor’s life and beliefs with several of the life-sized figures on display.

“Drummers, singers and pipe players come together in this annual, family-friendly extravaganza.”

Shearings and Newmarket Holidays are among the operators offering tours to explore the exhibition. The latter also throws in visits to historic Chester and quaint Bakewell for an extra helping of culture.

Book it: Newmarket Holidays’ three-day China’s First Emperor and the Terracotta Warriors tour costs from £199, including admission, a guided coach tour of Liverpool, B&B accommodation, a tour manager and coach travel throughout, with departures from March to October.
newmarketholidays.co.uk 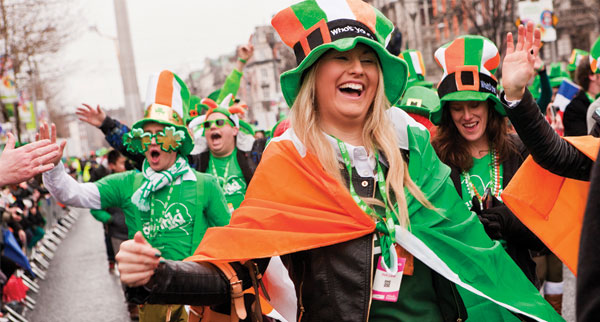 Why? Ireland’s biggest party sees the streets of Dublin coloured a sea of green for four days of festivities – and continuously flowing Guinness. At the heart of it all is the Friday parade – the day before St Patrick’s Day itself – which is a vibrant spectacle of flamboyant costumes, marching bands, colourful floats and exuberant dancers. Then there’s Temple Bar, where punters donning leprechaun hats flock en masse on the big day, March 17. Visitors will find Irish songs, Gaelic sports and traditional jigs bringing life to streets across the city, while Sunday afternoon sees families fill Merrion Square for performances, workshops, magic shows and more.

For younger clients looking to live it up and combine it with some cultural musings, suggest Contiki, which offers a four-day tour with sightseeing around the city alongside entry to the iconic Guinness Storehouse, and an optional evening of live music at The Merry Ploughboy Pub. 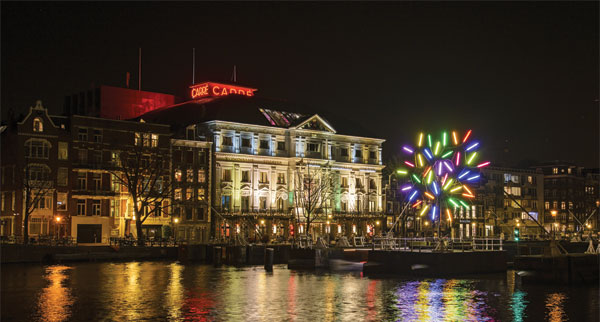 Where? Amsterdam, the Netherlands

Why? December in Amsterdam doesn’t just mean lashings of mulled wine and quaint Christmas markets – it’s also when the iconic light festival descends on the city, illuminating its already romantic canals with a series of artsy installations on the water and beyond. Previous years have seen chandeliers hanging over a canal, an illuminated figure of a man doing the long jump along a bridge and various other sculptures lit up to magical, twinkling effect. This year promises a similarly enchanting spectacle with boat trips enabling visitors to see it all from the water.

Leger Holidays offers a tour with an optional canal cruise, and adds in a trip to the traditional fishing village of Volendam for a stroll through streets that feel distinctly yesteryear, making for an idyllic short break away in the lead-up to Christmas.