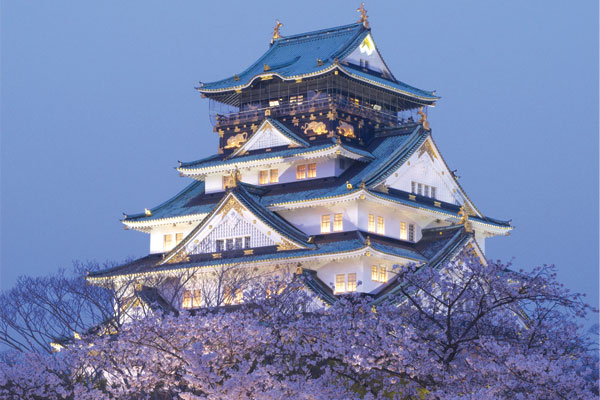 Kyoto and Tokyo have long been the big draws on any Japan itinerary – once visitors have seen geisha girls and the capital’s neon skyscraper-filled streets, it’s easy to assume they have had their fill of the Far East.

Not any more. Japan’s growing popularity has provided a welcome boost to the many spots that didn’t always make it onto the classic first-timer’s itinerary, but more than merit the attention.

Osaka – the name given both to the port city on Honshu island and its surrounding prefecture – is one of those rising stars. Here, you’ll find Japan’s typically quirky mix of modern electronics shops and ancient artworks, classical theatre and funky cocktail bars, with plenty more highlights to be found in the surrounding cities. 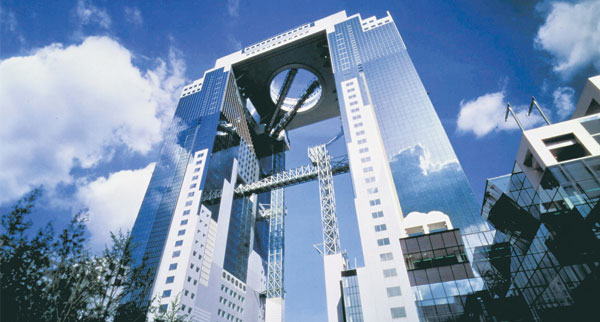 09.00: Get your bearings with a visit to the Umeda Sky Building in the city centre. A spectacular observatory connects the two towers of this distinctive structure. You’ll enjoy spectacular views over Osaka, and on a clear day you’ll be able to see Awaji Island, 62 miles away.

11.00: Head to bustling JR Osaka Station, the main rail hub, for some retail therapy. It’s home to Osaka’s finest department stores, including Daimaru and Hanshin, which are famous for their depachikas – beautiful food halls filled with Japan’s finest foods.

The most mouth-watering areas include the patisserie and fresh-produce sections, which cater to the Japanese’ love of gifting elaborately packaged food. Honeydew melons, encircled with ribbon, come with a price tag of nearly £40 apiece, but for those on a budget, bunches of beautifully wrapped, golf-ball-sized grapes are a bargain at about £12.

Next door to the station is the Grand Front Osaka shopping centre. You’ll find a wide range of stores, but for a truly unusual souvenir, head to the Suntory Whisky House and pick up a duck-shaped bottle of Japan’s second-favourite tipple (sake will always reign supreme). 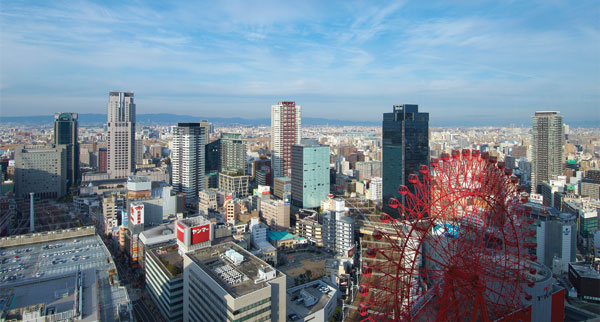 13.00: It’s time for a visit to Dotonbori. Get there by taking the metro to Namba station. Speaking of which, Osaka’s metro network is wonderfully easy to navigate, with clear, colour-coded maps and ticket machines with English language options.

The Dotonbori district has sprung up on the banks of Osaka’s canals, for which the city earned a nickname as the ‘Venice of the east’. You’ll find bars, restaurants and lots of shops, and the 100 yen stores (Japan’s equivalent of Poundland, albeit for a bargain 66p) are great for souvenirs. Don’t forget to check out a pachinko parlour. They’re a Japanese institution, filled with rows of colourful, bleeping, pinball-like machines. The aim is to win steel balls, which can be exchanged for prizes.

For lunch, visit one of the area’s vending machine restaurants. Machines by the entrance display images of various dishes and drinks – simply find whichever dish tickles your tastebuds, press the corresponding button, enter your yen and give the ticket to the attendant, who will show you inside. Many restaurants have open kitchens, so if possible, opt for a ringside seat. 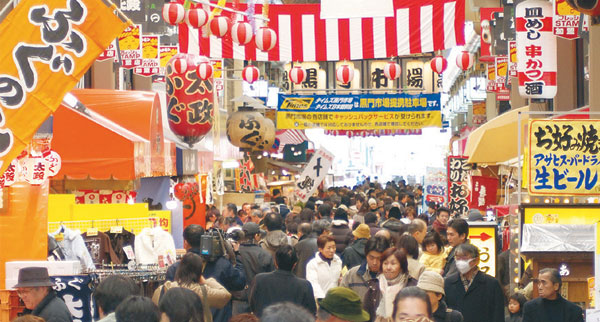 15.00: Take the metro to Nipponbashi, a colourful district known for its manga shops and electronics stores. Wander around Kuromon Ichiba Market, which dates back almost 200 years, to understand why Osaka is also known as Japan’s kitchen. You’ll see fresh, spiky sea urchins, every type of fruit and dozens of stalls selling fresh takoyaki (battered squid snacks).

Nipponbashi is also home to several toy shops, which are worth a visit for an insight into the Japanese obsession with manga, along with some fabulously weird and wonderful maid cafes, designed to cater to Japan’s army of Otaku (fans of anime and manga). 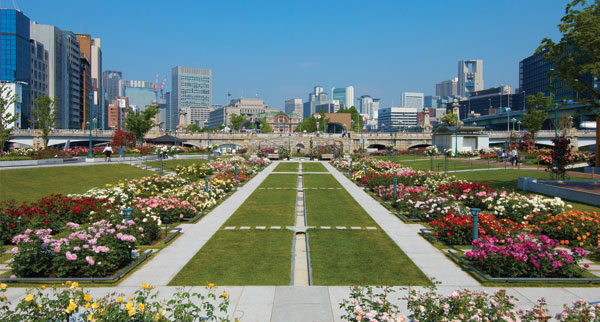 17.00: Swap manga for museums with a visit to the Museum of Oriental Ceramics, in the central Nakanoshima district. This cube-shaped brick building is home to thousands of pieces of Korean and Japanese pottery, alongside more unusual items such as Chinese snuff bottles – all housed in shock-absorbing, earthquake-proof display cases.

Afterwards, take a walk through Nakanoshima-koen Park. It’s sandwiched between the Dojima-gawa and Tosabori-gawa rivers, and the cooling breeze can be a godsend when the humidity soars.

19.00: Head to Swissôtel Osaka’s Hana-Goyomi restaurant for some fine dining, Japanese-style. There’s a huge range of sakes, and the dinners are kaiseki-style, a term describing traditional Japanese meals featuring multiple courses. There’s a real focus on seasonal ingredients, and guests can sit at a sushi bar or tempura counter.

9.00: Time for a visit to Osaka castle. But don’t be fooled – although work on the first version started in 1583, the fortress was destroyed in 1615. Its replacement burned down 50 years later and in 1931, a concrete version was built. It’s surrounded by citadels, turrets and a moat, and 600 cherry trees fill the gardens. Come spring, the entire area’s heaving with the hanami (cherry blossom-viewing) crowd. Head to the castle’s museum to learn about Toyotomi Hideyoshi, the fearsome general who ordered its construction.

11.00: Get a culture fix at Yamamoto Noh Theatre, the oldest noh (a traditional form of Japanese classical, musical drama) theatre in Osaka. The closest metro station is Tanimachi Yonchome. There are regular performances and guided tours start at about £6.70. For a more hands-on insight, sign up for a one-hour workshop. You’ll learn about the history of Japanese theatre and will be able to try on the beautiful noh costumes. 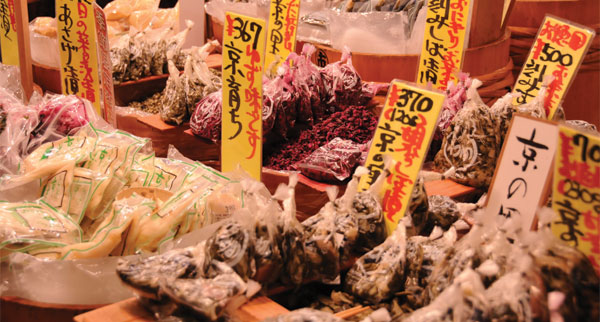 13.00: The best thing about Japan’s Shinkansen trains is that they put everything within easy reach – it takes just 15 minutes to reach Kyoto, Japan’s former capital and the emperor’s residence from 794 until 1868. Its rich history is the reason it was removed from the list of targets for the atomic bomb.

With time at a premium, priorities should be visits to Nijo Castle, followed by the Sento Imperial Palace, with its beautiful gardens, and Nishiki Market, where you can mingle with locals and marvel at the breathtaking variety of food on offer. Recommend the sashimi sticks, speared chunks of raw tuna or toro salmon (fatty salmon) costing about £1.30 apiece.

16.00: Put that Japan Rail Pass to good use with another excursion, this time to Nara, which dates back to the eighth century and was Japan’s first capital. It takes about 40 minutes to get there from Osaka. Nara Park is home to many friendly, but cheeky, deer. Some have been taught to bow – although they save their performances for visitors clutching the bags of deer food sold throughout the park. 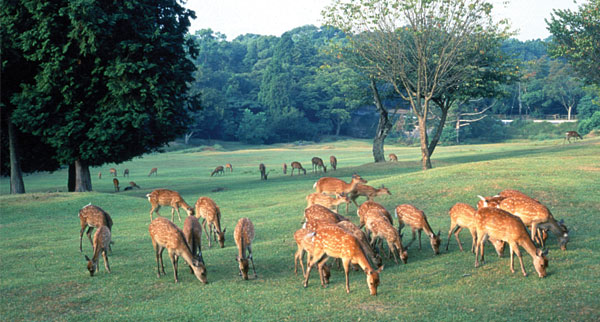 Historical structures to check out include the Todai-ji Temple and Kasuga-Taisha shrine. The latter is famous for its lanterns, which hang from its roof and line the pathways. They’re lit twice a year, during lantern festivals in February and August.

19.00: Finally, raise a toast to Osaka with a cocktail at the 40 Sky Bar & Lounge at the recently opened Conrad Osaka (doubles from £308 per night). Guests staying at this stunning, sky-high hotel are presented with a welcome drink served alongside a beautiful origami bird, but you don’t have to book a room to enjoy the breathtaking views. After a cocktail, head to the hotel’s C: Grill, which is famous for its spectacular crustacean bar, filled with lobsters, oysters, king crabs and shellfish. For something more traditional, consider Kura, the hotel’s teppanyaki and sushi restaurant. And for special occasions, opt for one of the private dining rooms – the views over Osaka are mind-blowingly spectacular. 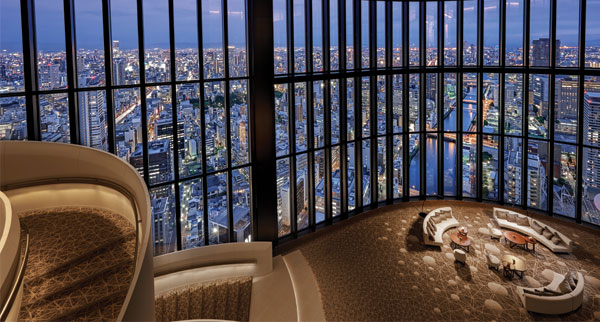 “Osaka is a great city – possibly one of Japan’s most underrated destinations. If its reputation for delicious culinary specialities, street food and Michelin-grade restaurants isn’t enough to take you there, Osaka has plenty more to offer. The neon buzz of Namba and the historic Shinsekai district, combined with J-pop culture, tradition, history and the friendly atmosphere, make it a great base for any Japan trip. The city is the perfect place to start or finish a trip to Japan, with nearby Kansai airport easily accessible.”

Wendy Wu Tours offers A Week in Japan, an eight-day group tour to Tokyo, Mount Fuji, Kyoto, Nara and Osaka. Prices start at £3,690 for a September 19 departure, including flights from Heathrow, with a free business class upgrade for bookings by February 28.
wendywutours.co.uk/agents

Flights from Heathrow to Osaka, via Amsterdam, start at £550 return with KLM.