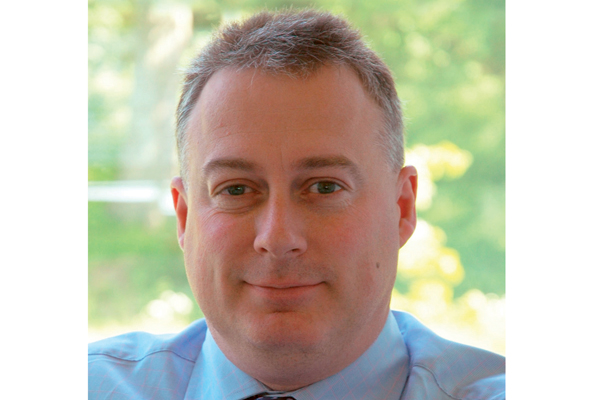 You could be forgiven for thinking Saga’s new mantra since its brand refresh in July, Keep Doing, was a reference to Robin Shaw’s career path, which has taken him to the top job at Saga’s travel division.

The chartered accountant was appointed to the newly created role of chief executive of Saga Travel in January, overseeing tour operating and cruise, which he headed up for two years.

A month in to his role, Shaw is dedicated to growing the business and its drive to understand the changing tastes of its target market.

Growth ‘on the agenda’

Saga Travel’s five-year plan is to make the business four or five times more profitable. Shaw’s predecessor, Jeannette Linfoot, had set out plans to double the size of the holidays business when she spoke to Travel Weekly in 2016.

“We have a simple mantra since I’ve taken the helm,” he says. “We are absolutely focused on growth in every one of those businesses.”

Those businesses are Saga Holidays, Saga Cruises, Titan and Destinology. Their combined pre-tax profitability was £15 million for the year ending January 31, 2017.

“The agenda is growth,” Shaw adds. “Whether it’s cruise, holidays, Titan or Destinology. Finding the areas where we can achieve growth is important.”

Talk of growth is in stark contrast to the 100 redundancies announced at the end of last year.

The job losses were partly down to a £2 million Saga hit following the Monarch collapse, and Shaw stresses the roles only accounted for 2%-3% of the thousands of employees at Saga.

“That’s not to diminish the impact it has had on those individuals, which is regrettable,” he says. “But, from time to time, organisations take a long hard look at their cost base.

Ultimately, it will safeguard jobs in the future.”

Fewer than a third of the redundancies were on the travel side of the business, he says.

Perhaps the biggest shift within Saga Travel is its growing commitment to the trade. Shaw admitted that the trust in the Saga brand, which includes insurance and financial services, means customers have long been happy going direct.

But he sees the trade as a “huge” growth area. “We are under-represented in the trade,” he says, without invitation. “And we have to target that channel aggressively.”

Saga only started selling through agents in 2014, and Shaw admits it will take time for trade sales to increase to the level he wants them at. But a 50% year-on-year rise in trade sales is good progress.

Titan leads the way, with about 30% of sales via agents, while the percentage of Saga Holidays sales via the trade remain in single figures. Shaw blames that number on a “previous business model” focused on direct marketing.

While Saga does not turn down direct customers (75% are repeat bookers) Shaw says a lacklustre trade presence could scupper his ambitious growth targets.

“It’s a channel we can’t afford not to be in,” he says. “It’s still where most customers in our demographic book.”

He stressed that over-50s now use the internet more than ever, but still want advice to cut through the vast amounts of information before booking. Saga offers price parity and regular monthly incentives. Shaw adds: “We’ve been shouting long and hard now that we are here for good with the trade; we hope that message is getting through.”

Shaw says multigenerational holidays for over-50s and younger family members, announced in December, would not realistically be on the market until 2019.

“It’s something we believe in and there will come a time when we need to find a route into that marketplace that is effective with our existing customers,” he says.

“[Multigenerational holidays] is something Saga needs to address, but there’s always a lag between idea generation and putting products into the market. We see increased demand, but not a huge demand. Timing will be critical.”

A large part of that growth strategy will come from Saga Cruises, which has two new ships in the pipeline.

Shaw says 50% of the 19 itineraries planned for Spirit of Discovery, which sets sail in 2019 was sold 18 months before the maiden voyage. The second ship, Spirit of Adventure, will make its first sailings in 2020.

“No one else is building cruise ships for the UK market. We are very confident with how this business has started.”

In the short term, Saga will look to improve personalisation in its holidays. The key, Shaw says, is flexibility. “Our customers want culture, music or walking; holidays that are linked to something our customers have a passion for.

“The size of groups comes up a lot well,” he adds. “Personalisation lends itself to small group tours. People want unique experiences and excursions money can’t buy; so we are working to provide that.”

Shaw also says Saga would continue to offer more regional flying options, having increased its offering to fly from 29 airports.

“People will fly from the airport they want to fly from,” says Shaw. “The trade should be well aware of our growing flexibility.”

Shaw says “the trade can rest assured that nine out of 10 of our customers are blown away” by Saga’s service and with “generous commissions” there are two key reasons to sell its product.

“I’ve worked for three or four big companies that would all say the customer is the most important thing,” he says. “But Saga is the only one that truly puts the customer at the heart of everything it does.”

Saga’s new branding, introduced just over six months ago, was designed to reflect the energetic nature of over-50s in the 21st century.

And its new chief executive for travel hopes agents can help them Keep Doing just that.